After watching the launch of STS-129, we left KSC and followed traffic back towards Titusville. Instead of going to our hotel, we headed to Merritt Island National Wildlife Refuge to have a quick spin around Black Point Wildlife Drive. It was getting close to sunset so we mostly kept moving, knowing we would be back the next day for a longer, slower visit. We spent the entire next day at Merritt Island. Again we started on with Black Point Wildlife Drive, this time taking it easy.

After this Killdeer took a bath, it ran to the shore for some serious preening action. I was cracking up watching these busybody American Avocets foraging in the shallow water. We visited Canaveral National Seashore too. On the way in, an Osprey ambassador reminded us to park in designated areas only. 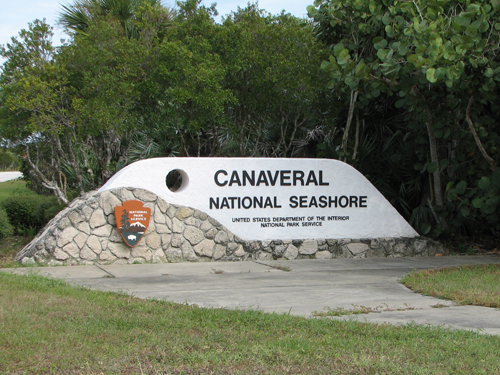 From one of the viewing turnouts we could see launchpads 39A and 39B. 39B is closer to us, on the left side of the photo, surrounded by three towers. It is now undergoing modifications to accommodate launching the new Ares 1 rockets. STS-129 launched from 39A (right side of photo) as will all of the remaining five Space Shuttle missions. We had a nice long walk on the beach, enjoying the lovely late afternoon weather and the birds foraging and posing in the surf. 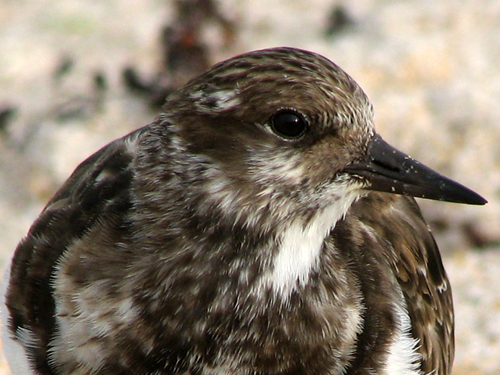 An informational sign told us: “Often mistakenly referred to in general as “sandpipers,” shorebirds include many species that delightfully challenge birdwatchers.” (emphasis mine, ha ha ha) It was getting late but we couldn’t resist another go around Black Point Wildlife Drive. On our way there, we were treated to a great sighting of a pair of River Otters crossing the road. We were very excited to see this life mammal but unfortunately did not get a photo. Our second Black Point sunset was predictably beautiful. We finished the day with 55 (bird) species and three lifers including Florida Scrub-Jay which we were thrilled to finally see.