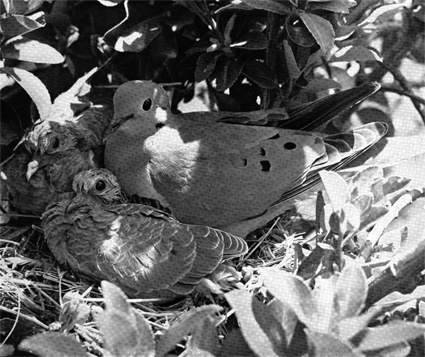 Descendants of two different animal species are frequently infertile or they die while an embryo. Examples of this are the mule, a cross between a horse and a donkey, which is infertile; offspring between goats and sheep usually die before birth.

Den Hartog discovered that offspring from two different species of dove have a different call than either parent species. Because of their exotic voice they attract mates and are able to reproduce.

This entry was posted in Netherlands, Pigeons!. Bookmark the permalink.