Today Space Shuttle Atlantis landed safely at Kennedy Space Center after an 11-day mission to the ISS. Here are a few photos I took back on Sunday, 15 November and again on Monday, 16 November when we spent most of each day at KSC and viewed the launch.

There’s more to see on the grounds besides the technological wonders. 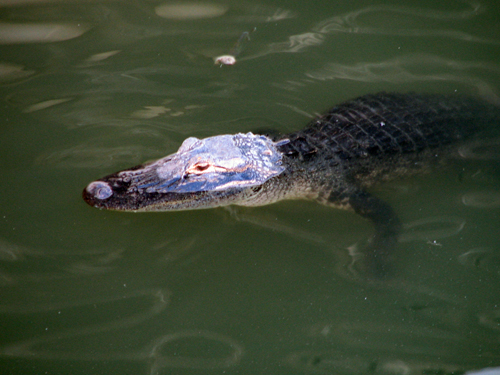 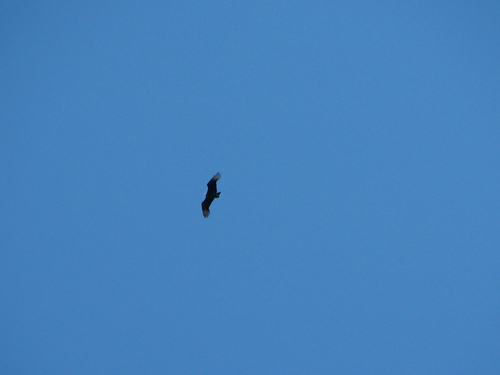 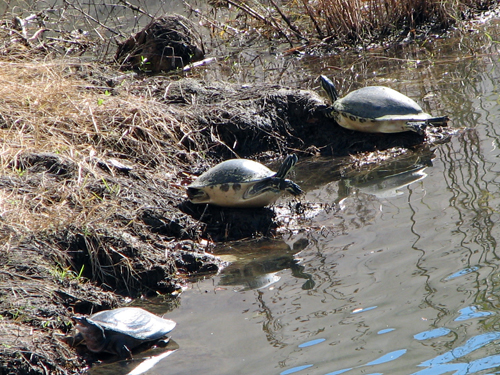 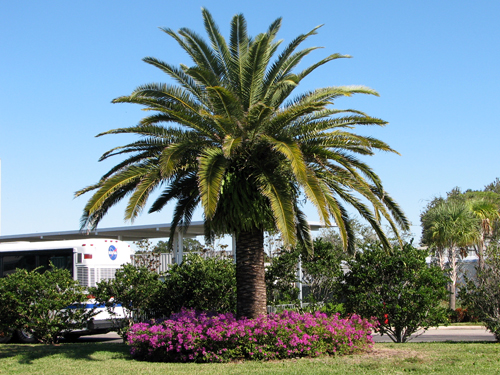 At the observation gantry, the grackle-racket was impossible to ignore. 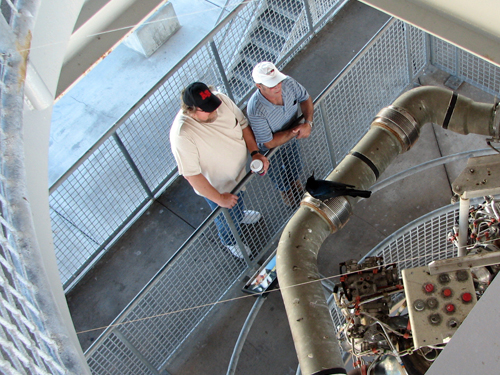 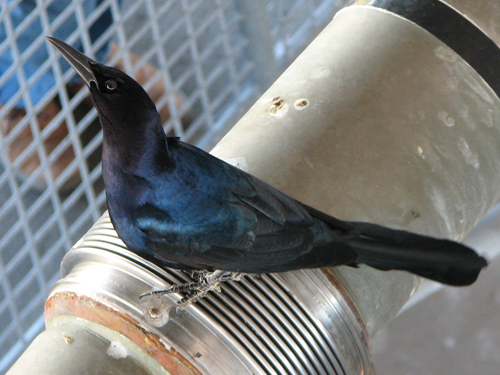 Atlantis was also hard to ignore. This was taken about 30 hours before launch. 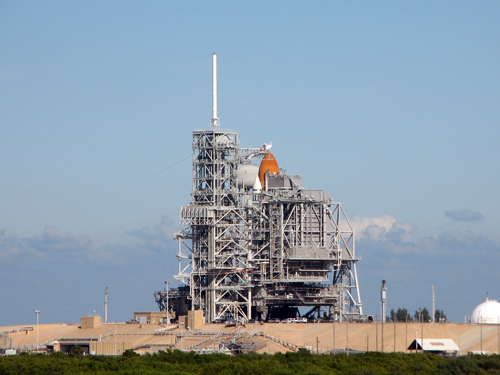 While waiting to board the bus at the Apollo-Saturn V Center I spotted this Osprey. 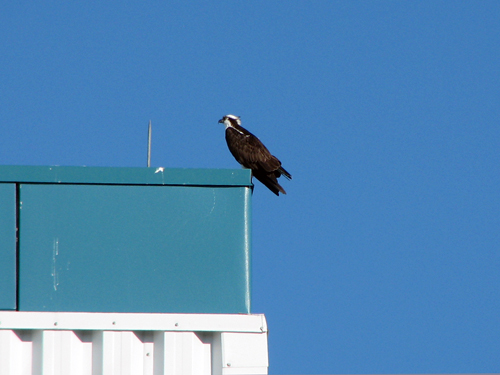 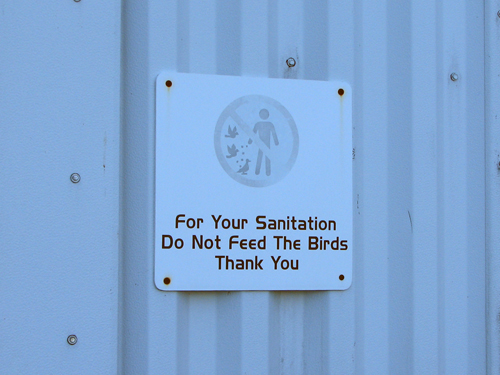 Monday morning we arrived at KSC bright and early. Cloud cover looked bad but the signage was promising. 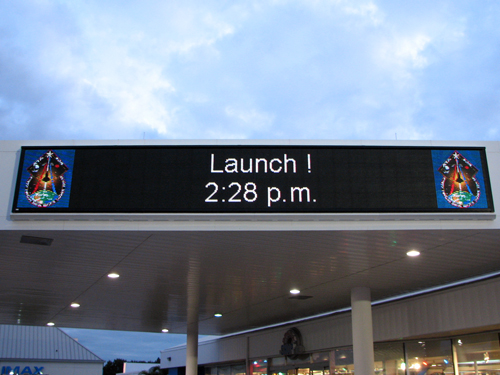 The skies clear up just in time. Our scope was great for viewing the launch. Photos below were taken right before lift-off and shortly after. 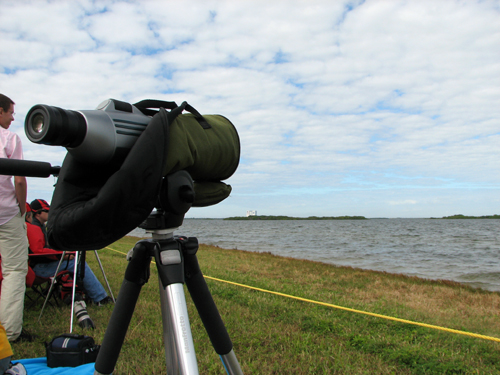 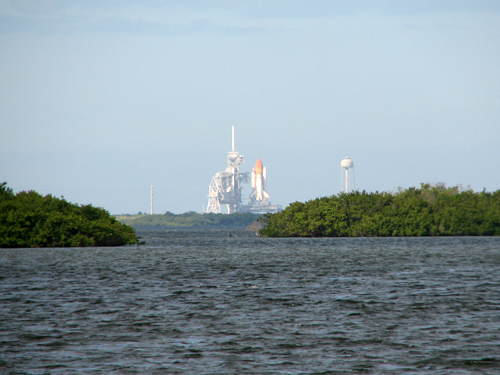 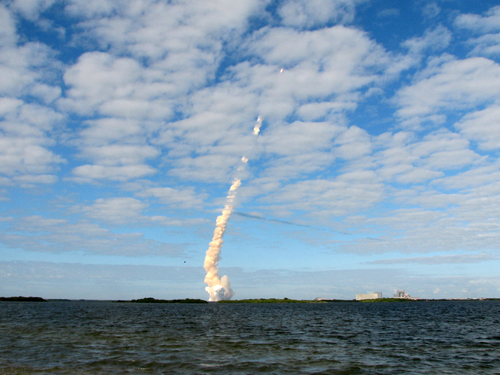 No photos of the launch itself; I was watching it. I could never take any photos or video as fine as what NASA makes publicly available, anyway.

It was awesome to watch the launch. So glad we didn’t go bust, honey! 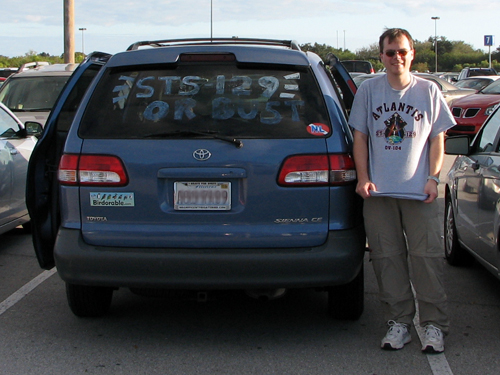 2 Responses to Two days at NASA