The following video profiles two companies that are marketing raptor robots. The machines are being marketed to airports as bird deterrents.

The Spanish company Bird Raptor Internacional has produced a model airplane painted to look like a Peregrine Falcon. In the clip, the “falcon” flies by a flock of gulls, who quickly disperse. I wonder if the falcon paint job had anything to do with it, though. Would they disperse if a regular model airplane flew closely over them?

A Dutch company has developed another robotic bird, but the GreenX model Bald Eagle actually flaps its wings! Developers of this model see it being used in nature films or as a spy plane. I think they should market to model airplane enthusiasts – I mean, what a cool toy!

Read more about the robo-raptors here.

BirdLife International announced last week the launch of a new website encyclopedia of Spanish birds. The site is a huge database including bird fact sheets, 1600 photos and over 4000 individual pages.

The encyclopedia is at http://www.enciclopediadelasaves.es/ and you will need the latest version of Adobe Shockwave to view the site.

I had a look at the info page of one of my favorite birds, the Hoopoe. Each fact sheet includes distribution information, an audio file of the call and several photos. Similar birds can also be explored. 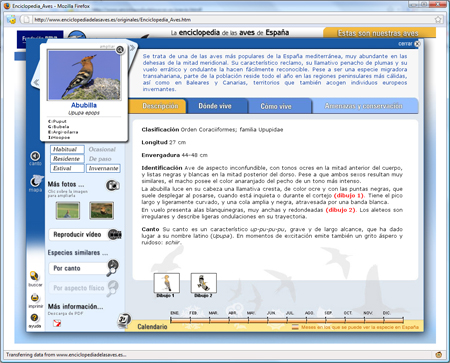 The database of birds can be viewed in several languages, including English. 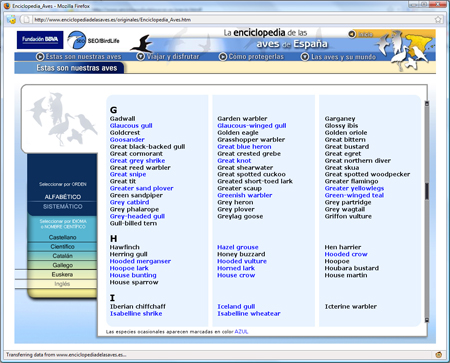 Besides the bird fact sheets, there is a wealth of information on birding and bird life in general. 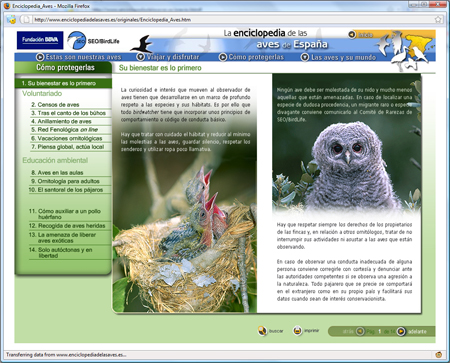