On September 26th we visited the Field Museum in Chicago to attend a free lecture given by the author of The Curse of the Labrador Duck. As a gift to the birding community, early registrants of the lecture were allowed free admission to the museum for the day, so we took the day off and arrived early for our first visit to the Field in several years. The Stanley Field Hall at the Field Museum. You can see Sue in the foreground.

We spent most of our time on the lower level, visiting several of the outstanding wild animal and bird displays, including Bird Habitats, World of Birds, Nature Walk and North American Birds. Here are some of my favorites from the day.

Several large displays showed world birds in native habitat. Since I’ve got a thing for birds that build weaver-type nests, I especially enjoyed seeing the Village Weaver display. From the accompanying text: “This weaver-bird gets its name from its habit of nesting near native villages. Its own colonies or “villages” sometimes contain 100 nests.” The Montezuma Oropendulas became my new favorites. What a wonderfully-named bird! From the accompanying text: “In common with many related species, Oropendulas breed in compact colonies. The carefully woven nests of grass are destroyed and entirely re-built each year. Oropendulas are inveterate thieves. Even the birds of a single colony must guard against robbery of nesting material by their neighbors.” Cheeky. There were also smaller cases showing other bird species in their (sometimes former) habitat. A Golden Eagle brings prey back to the nest Flamingos tend to their young on impressive mound nests Passenger Pigeons. There’s a photo in of a huge flock of these once-abundant birds in the background.

The Field also has cases and cases showing birds of the world as well as a huge selection of the birds found in North America. 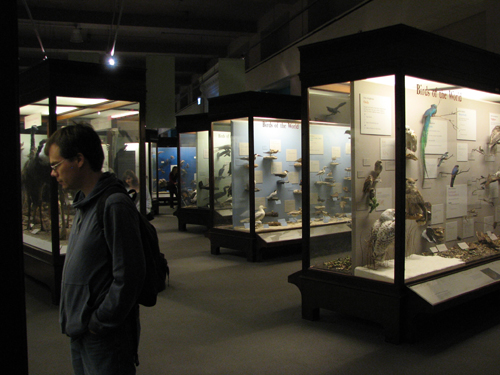 Birds of the World displays 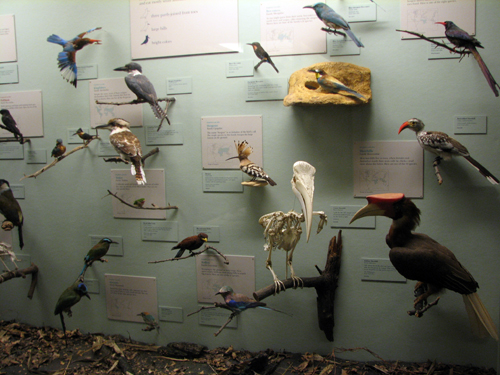 Birds of the World display, including kingfishers, hornbills and hoopoes
> 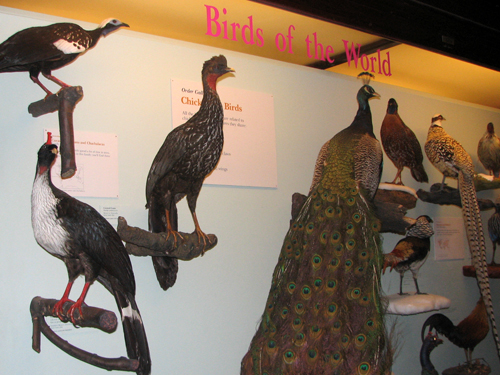 Birds of the World, including a Horned Guan 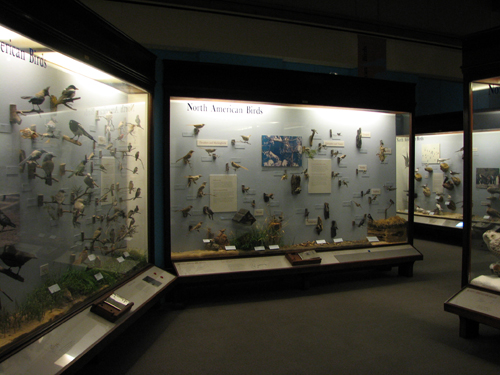 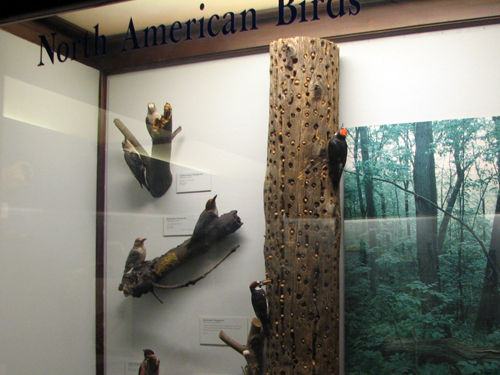 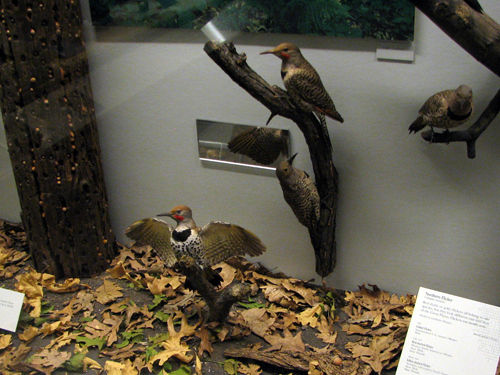 This display, Variation is the rule in nature, presented several different study skins of the same bird species to show how birds vary depending on factors including geography. The bottom of the display holds 12 different subspecies of Song Sparrow. Downy Woodpeckers, Towhees and Canada Warblers are also used. An accompanying informational sign explained study skins: “Birds used in this exhibit are made into study skins. These study skins, in which the head is in line with the body, wings folded, and feet crossed, are conventional for museum study. The method permits easy filing of specimens, available for study. The label, tied to each specimen, is very important. On it should be written the place and date of collecting and other available data.” 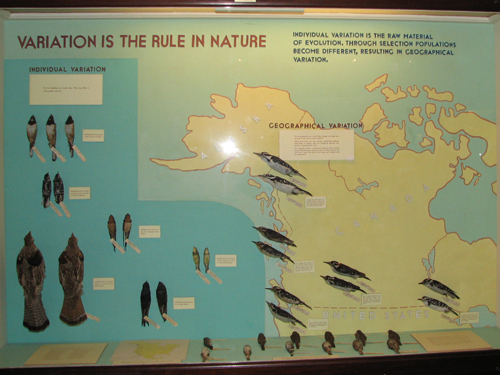 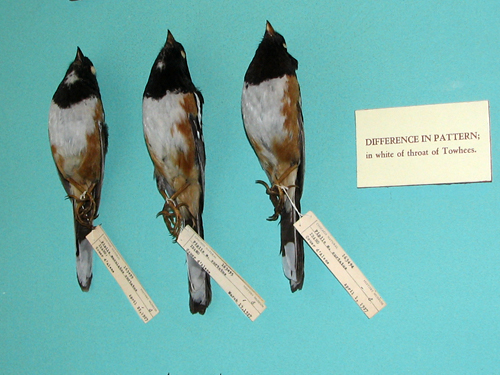 Notice the white throats of these Towhees 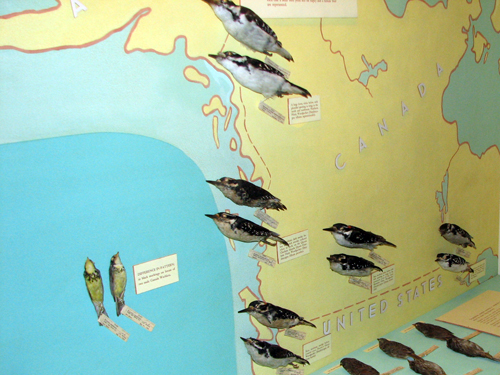 After visiting the bird and wild animal galleries, we enjoyed Glen Chilton’s Labrador Duck lecture and got our copy of his book signed. It was a great day out at the Field Museum!

This entry was posted in Illinois, Museum. Bookmark the permalink.

One Response to Birds of the Field Museum