I get a lot of blog visitors from Google searches for “Owls of Illinois” or similar. Not wanting to disappoint all those readers who end up at my totally non-comprehensive Snowy Owl!!! post, here are the owls you can find in Illinois, with a focus on the Chicago area and suburbs, and my own experiences. 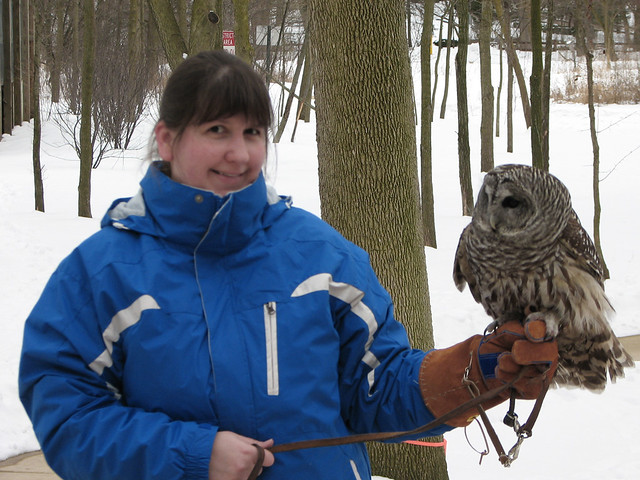 Although probably not the most abundant owl found in Illinois, I had to start with my personal favorite bird species, the Barred Owl. They range throughout the entire state, where they can be found in riparian and swampy habitat. They were hard to come by up in Lake County, where we lived, but more common in other parts of the state. Barred Owls are non-migratory. I was lucky enough to see one on an “owl prowl” at Lake County’s Ryerson Woods in November, 2010. Barred Owls are distributed widely across the eastern part of North America and into northern parts of western North America. Because of their spread into the Pacific Northwest, they have been identified as a threat to the endangered Spotted Owl. 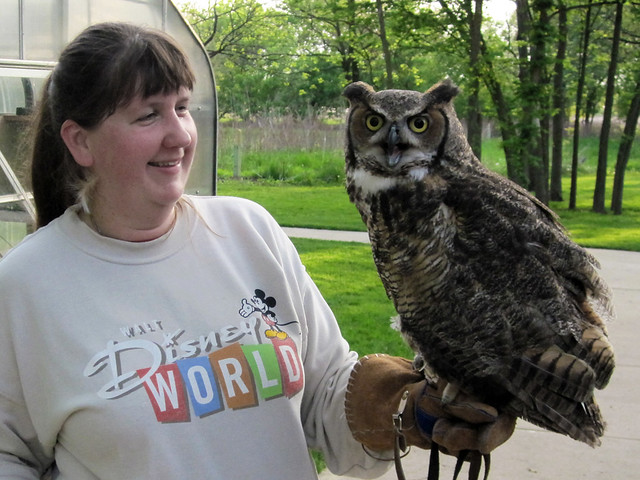 These birds are abundant across much of North America, and can be found all over Illinois. They are highly adaptable and live successfully in a wide variety of habitats, including suburban yards and urban forests. I saw my first Illinois Great Horned Owls (an adult and two chicks) at Grant Woods Forest Preserve in Lake County in April 2011, although I had heard them many, many times before. Great Horned Owls don’t build their own nests; instead, they may use old squirrel or hawk nests, or tree cavities; they may even nest on or in deserted buildings. 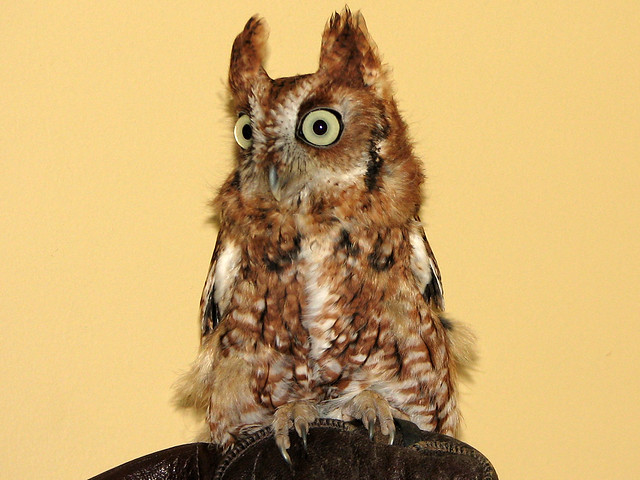 Eastern Screech Owls range across the eastern part of North American and are common throughout Illinois. This species has two distinct color morphs: Eastern Screech Owls are either rufous or gray in plumage. Despite their relative abundance, I have only heard these little nocturnal predators, the first one at McHenry County’s Glacial Park at a December 2009 “owl prowl”. 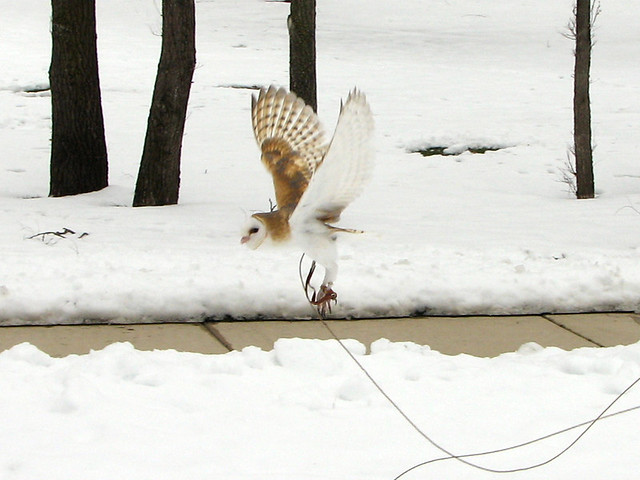 Despite being a fairly cosmopolitan species (breeding on every continent but Antarctica), Barn Owls are an Illinois endangered species. Although I was fortunate to be able to spend time with FCWR’s Pip, so far I haven’t seen a wild Barn Owl in Illinois. Last year, Lake-Cook Audubon hosted a very well-attended talk by Steve Bailey about Illinois owls. Bailey’s presentation sparked the club to start a Barn Owl box program, which is ongoing after finally obtaining all the required permits for placing boxes in certain Lake County preserves. If the program is successful, maybe it won’t be so hard to find Barn Owls in Lake County, Illinois in the future. 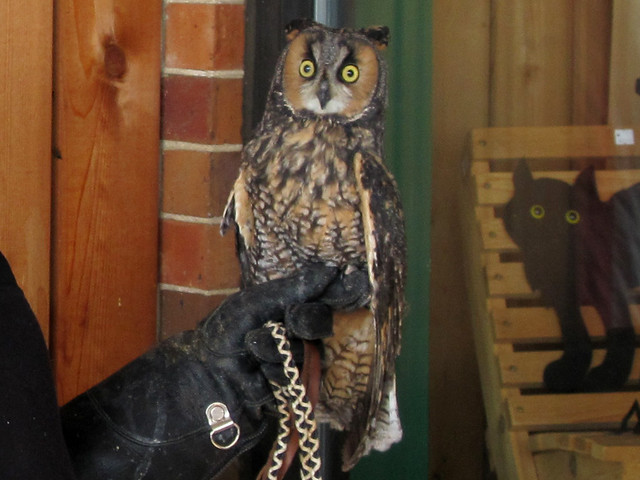 Spirit at an informal program, October 2010

Long-eared Owls, a bird missing from my life list, irregularly visit parts of Illinois during the winter. They frequent open fields with nearby woodlands and if undisturbed will often hang out in the same place for weeks at a time, which makes them fairly twitchable. Unfortunately, a story I heard quite often from other area birders was of a roost of Long-eared Owls at a park in Chicago’s South Loop. Though the birds were comfortable in the urban setting in which they chose to winter, the hoards of birders who came in trying to add them to their lists was a disruption and the birds eventually left. I did get to see one special Long-eared Owl, FCWR’s Spirit, up close several times. I even got to handle her once at a program, which was a real treat. 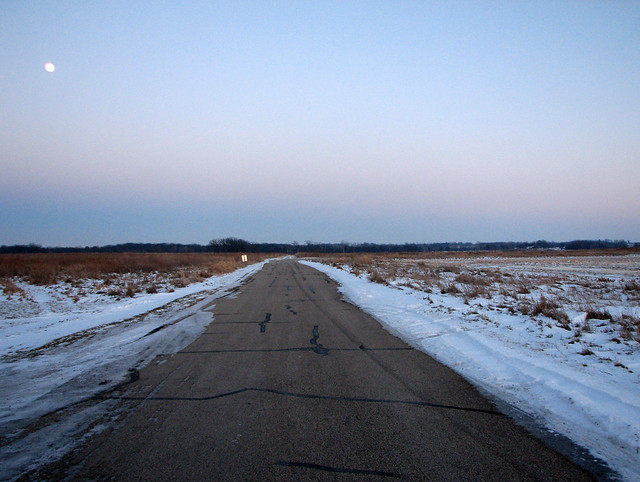 Short-eared Owls are another species that visits parts of Illinois during the winter. They are frequently found in the same habitat as Northern Harriers, and share their low-flying butterfly-like flight pattern. I remember these birds being reported at Rollins Savanna quite frequently, but I never lucked out to see them there. I added Short-eared Owl to my life list in December 2010, during an owl program at Glacial Park in December 2010. 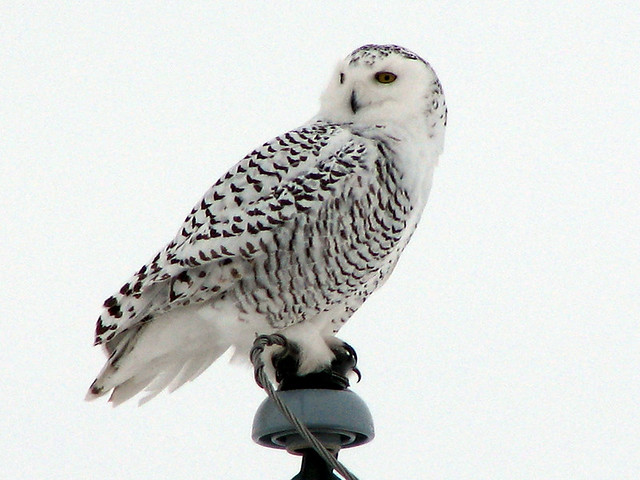 Snowy Owls visit Illinois during some winters, depending on food supplies (lemming population, mainly) up north. Usually solitary, lone birds may be found hunting in agricultural fields. That’s where I got my lifer Snowy Owl last winter in Ogle county. 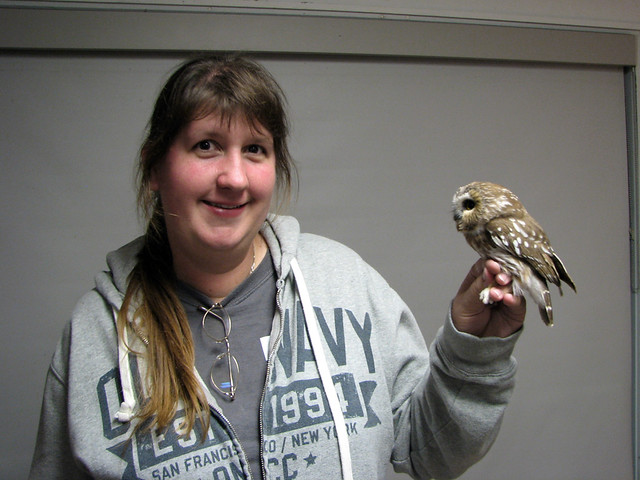 Northern Saw-whet Owls are extremely cute little owls that come through northern Illinois during migration. A few birds may spend the year in forested habitat. Science has learned a lot about the migration habits of Saw-whet Owls from banding programs. Though I have never seen a Northern Saw-whet Owl in the wild, I was amazed to see them up close at a banding program in October last year. I even got to hold one of these precious cuties before it was released back into the wild. 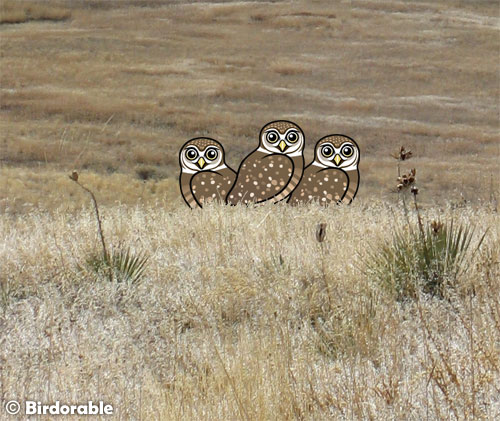 Burrowing Owls are a southern species, and only very rarely visit the state. This is another species that I have yet to add to my life list. An unfortunate story about this species, too, was brought up a lot in local birding circles. A lone Burrowing Owl was found at Montrose Beach in October 2008, and became a huge attraction to local birders. Birders trying to flush the bird may have contributed to its eventual demise by the claw of a Cooper’s Hawk.

Here in Florida I don’t expect to find several of the species mentioned above, including Snowy Owl and Northern Saw-whet Owl. Burrowing Owls are relatively common so I hope to add them to my life list soon. And I am still waiting for a Barred Owl, very very common here, to show up in our back yard. 🙂

Since so many of the photos in this post are of Flint Creek owls, here’s a bit more information about them: Flint Creek Wildlife Rehabilitation is a non-profit, federally licensed rehab organization with locations in Chicago and Barrington, Illinois. You can follow their blog here, follow them on Facebook here, and make donations online here. This post reflects my own experiences as a volunteer with FCWR. Any errors are purely my own, and opinions here do not necessarily reflect those of FCWR.

This entry was posted in FCWR, Illinois. Bookmark the permalink.

32 Responses to (My) Owls of Illinois