Hackmatack National Wildlife Refuge is a proposed new NWR spanning across parts of Walworth County in Wisconsin and McHenry County in Illinois (our neighboring county). The proposed refuge would link existing public lands and grow with future private and public land purchases and partnerships (an “urban” refuge). It would be very exciting to have a NWR so close to our home! 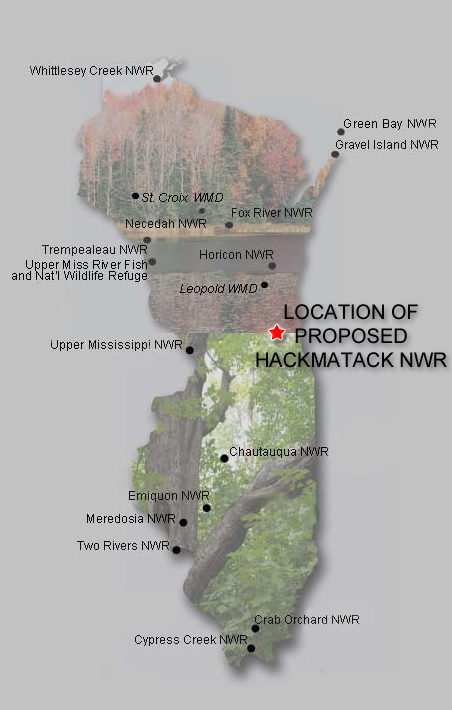 A detailed map of the area of interest can be found here.

It was announced April 8th that the USFWS will be going forward with a feasibility study of the area, which could take up to two years. This is a great first step to getting the NWR established. You can find out more about the proposed refuge from the Friends of Hackmatack website and keep up with the latest news by following them on Facebook.

You can back Hackmatack by signing the petition of support here.

This entry was posted in Illinois, Wisconsin. Bookmark the permalink.

One Response to Back Hackmatack