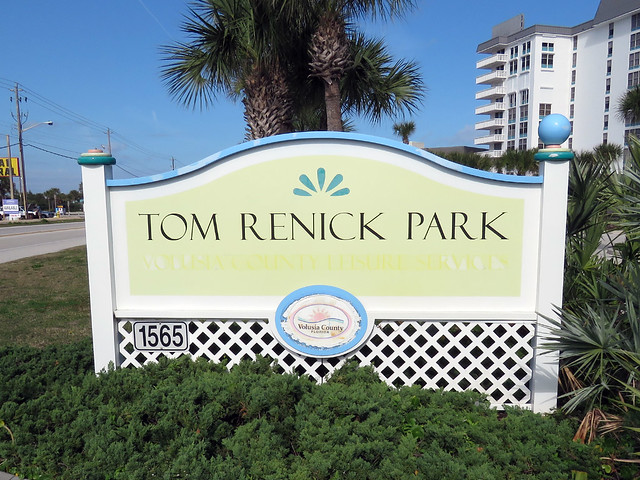 On Saturday I joined my friends Harry and Eli for a 10 hour seawatch at Tom Renick Park in Ormond-by-the-Sea. The weather was fine for standing around all day, but calm winds meant little excitement on the birding front. At least the company was swell. The ten hours didn’t pass too slowly. 😉 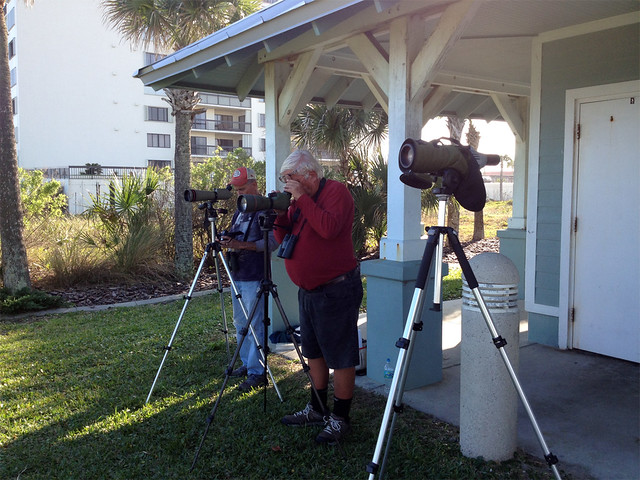 Eli and Harry have done the seawatch the previous three years, so I was the newbie. I hardly get to the beach and I’ve never done any kind of long-term seawatch like this. The closest I came was a handful of 2-3 hours searches for Razorbills a couple of winters ago in Ponce Inlet. Harry has many hours of seawatching experience, both here in Florida and back in old England.

Eli and I took a couple of walks on the beach to keep from falling asleep — I mean, to count shorebirds! Yes, we went out on a couple of shorebird-counting forays. Right off the bat on the first stroll I spotted a big pink something flying over the Halifax River. It was far and moving fast in the early morning sun. Sometimes big white birds can look pink in the right light, but I got Eli on the bird and even managed to snap this magnificent shot to confirm ID. Roseate Spoonbill was new to the seawatch list — yay me! 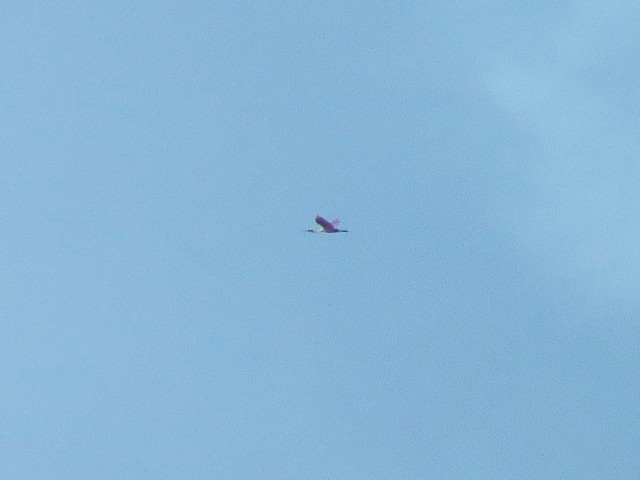 We counted 24 Red Knots on our 1+ mile walk south. The flock included Lime Green 4C2, first captured in South Carolina in October 2011. Others have reported this bird in New Jersey, and Georgia. This bird is also radio-tagged. 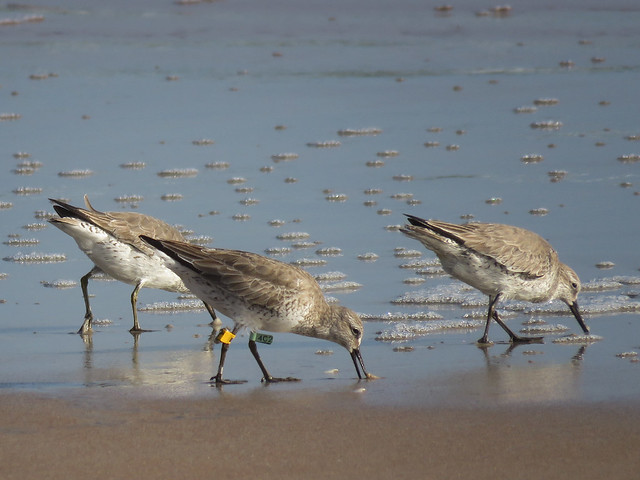 In the afternoon we trained our scopes on some distant fishing trawlers and their groupies, which consisted of gulls, pelicans, gulls, Northern Gannets, and gulls. 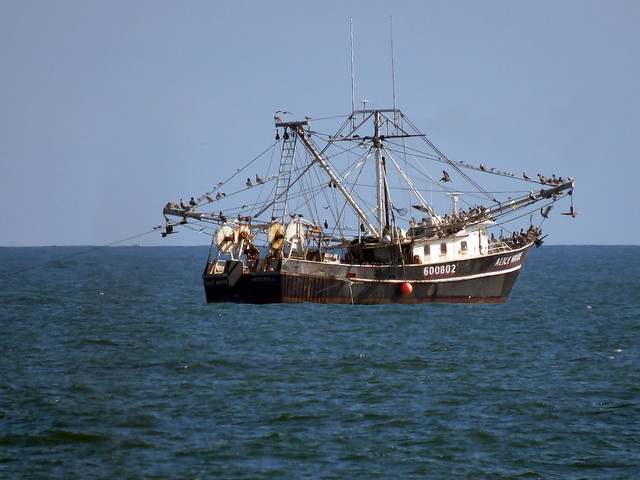 Harry spotted a couple of Parasitic Jaegers in the mix, plus a pair of Glaucous Gulls. I didn’t manage to get on them at all, which was a bummer. So was this find during our morning walk: 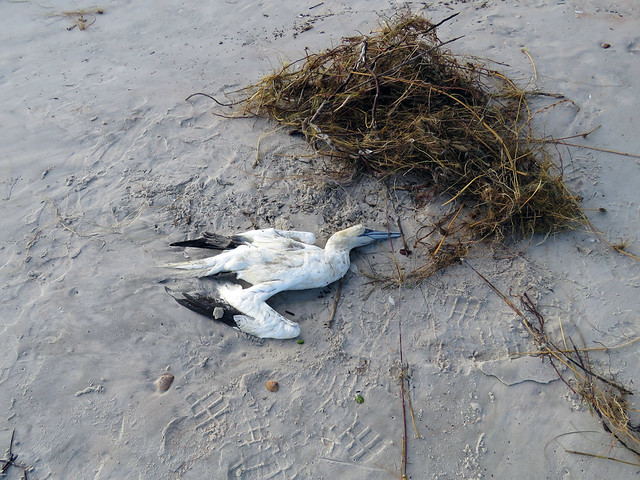 I didn’t see any bands so I left the bird (Northern Gannet) undisturbed.

A Mourning Dove joined us for a while, perching on a nearby century plant stalk. 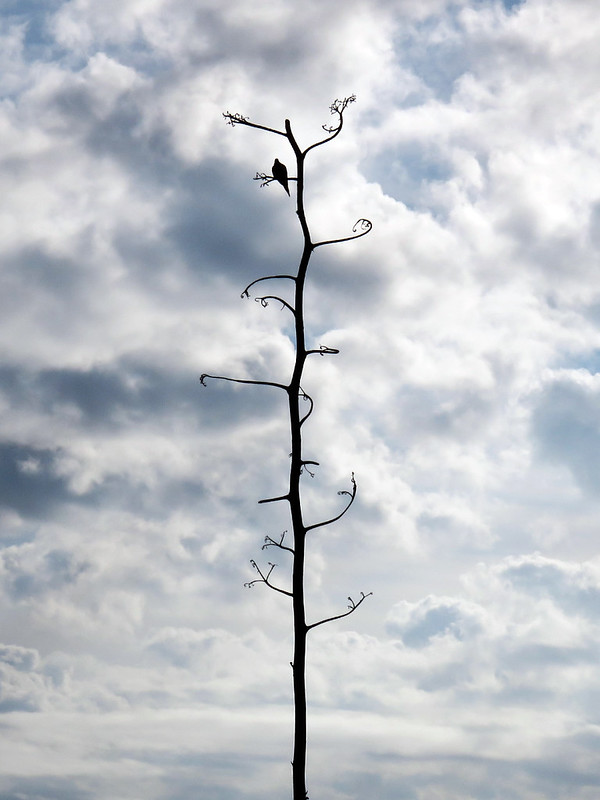 Eli and I had a short walk to the north in the afternoon. We found a pair of Ring-billed Gulls dancing around. 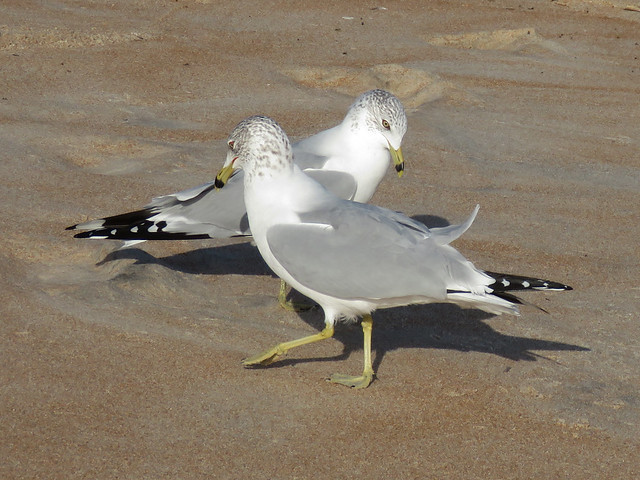 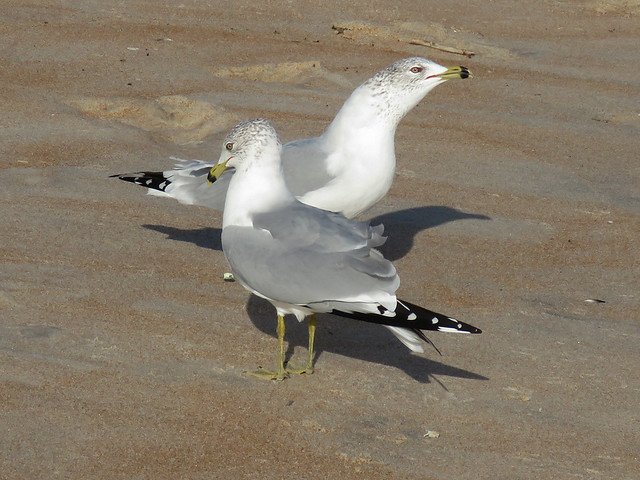 We found another banded bird, a Ring-billed Gull. I submitted the tag info to the Bird Banding Laboratory. Hopefully I’ll hear back about this bird, too. 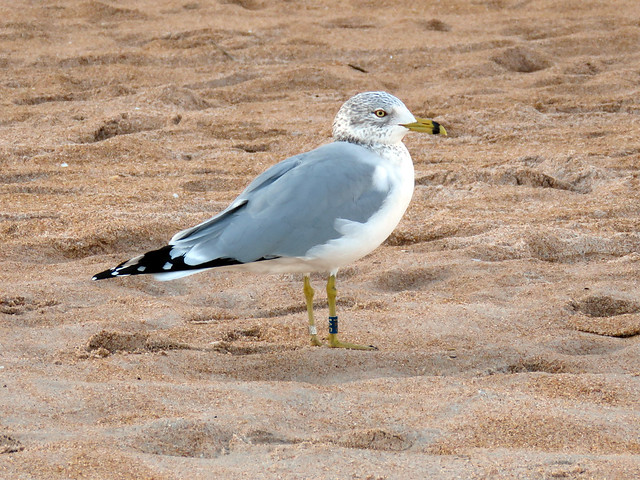 EDIT: I heard back about this bird. It was first banded in May 2012 as an adult bird hatched in 2009 or earlier. It was banded in Montreal, which is about 1200 miles, as the gull flies, from Ormond-by-the-Sea. Here’s the certificate I got with the information: 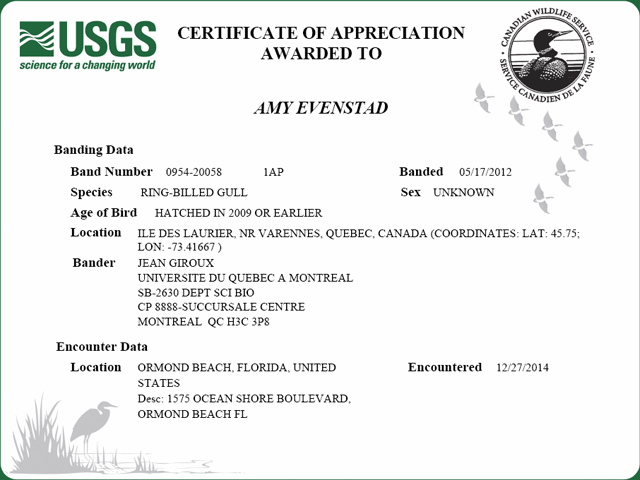 It was a good day out at the beach with my friends and ended with a nice group dinner at a local Chinese spot. I’ll do my last CBC of the season next weekend with Arthur in Ponce Inlet.

This entry was posted in Banding, CBC, Volusia Birding. Bookmark the permalink.