On Sunday we walked a newly-accessible prairie trail at Fort Sheridan with Lake-Cook Audubon. Part of the former army property is managed by the Lake County Forest Preserve District, and the land is deeded to become a golf course. Locally, there is some opposition to the development, which has been on the books for years. It’s a complicated issue, and I urge local readers to learn about what’s happening at Fort Sheridan. You can also send a comment to be added to the public record by sending an email to Fort@LCFPD.org. Following our walk yesterday, I also strongly urge local birders and naturalists to visit this property before it is too late.

About 70 people, split into 4 or 5 groups, joined the bird club on the walk. The highlight of the morning was seeing at least 10 Red-headed Woodpeckers, both adults and juveniles – easily the most RHWOs I’ve ever seen in one place. We also had great looks at a pair of American Kestrels. They were hunting huge numbers of dragonflies and being dive-bombed by Barn Swallows – what a show! 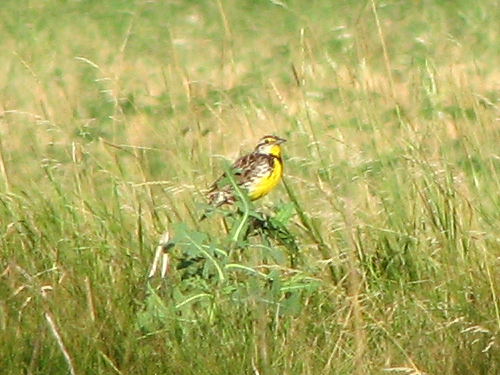 The great birds, perfect company, sunny skies and break in the recent heat and humidity made it a fabulous morning out in the field! This entry was posted in Lake-Cook Audubon, LCFPD. Bookmark the permalink.

One Response to Fort Sheridan’s prairie