Audubon’s Birding the Net ended on Monday, November 7th, when the final two birds were released. Arthur and I had a lot of fun playing the game, especially during that brief shining moment after the penultimate bird, the Black-capped Vireo, was released, and we were in the top two positions. 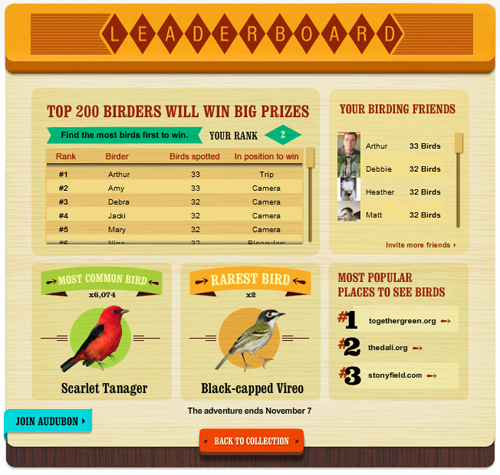 The leaderboard with just two participants at 33 birds!

Unfortunately we were not so clever when the last clues were revealed, and though we did eventually find the Sandhill Crane, we were no longer in the running for a top prize. 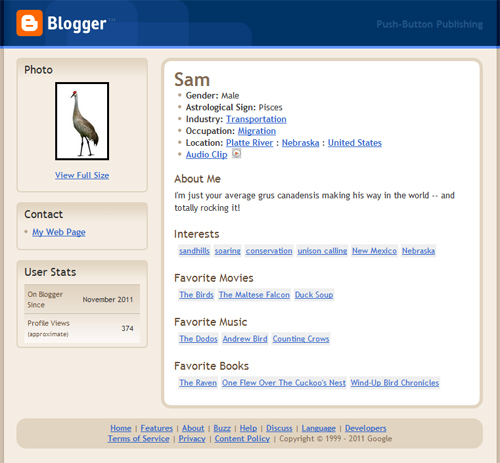 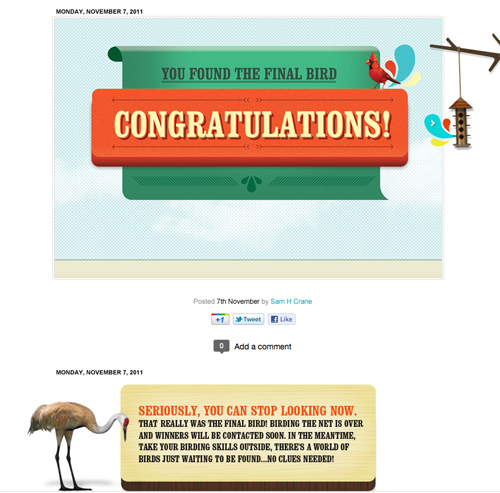 … and find the final bird!

Kudos to Audubon for a fun and challenging competition, and congratulations to the winners, which will be announced officially sometime around November 15th.

This entry was posted in Contest, Social Media, Websites & Blogs. Bookmark the permalink.

One Response to Fun while it lasted