Part of the program last Saturday evening during the Illinois Audubon Spring Gathering was a raffle and silent auction. Now, you know I have a problem with books. Maybe you can guess what happened. 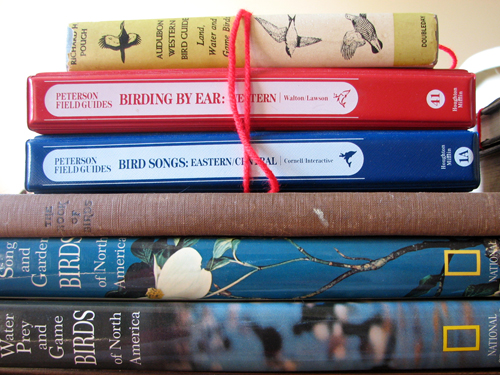 I saw several lots of older bird books that I thought were pretty cool. Each item had a cup next to it, and players could add their ticket(s) to the cup to try and win that item when the tickets were drawn randomly later in the evening. Arthur and I purchased 30 tickets for $20. I placed multiple tickets inside a few of the cups, to increase my chances of winning. 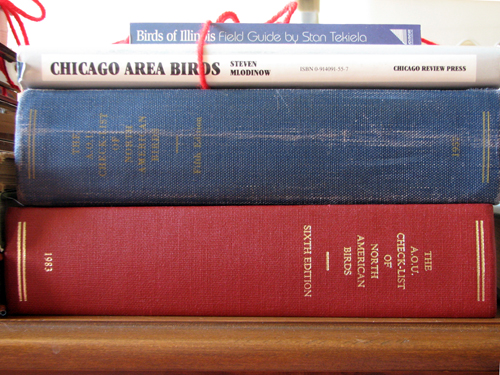 In the end my name was called six times and I won 13 books plus 4 sets of bird call cassette tapes. When my name was called for the third time, it was already pretty funny. Subsequent wins were met with laughter and during the remainder of the weekend I became known as either “the book lady” or “Amy with the books.” 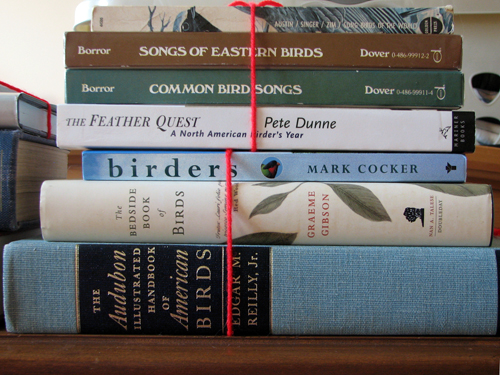 My favorite of the bunch is The Book of Birds from the National Geographic Society, published in 1925. The color illustrations by Louis Agassiz Fuertes are accompanied by some photos. More about this one later! 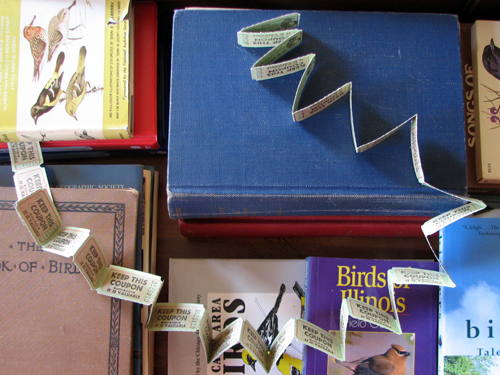 This entry was posted in Books, Illinois Audubon. Bookmark the permalink.

One Response to In it to win it