Arby, Arthur and I hit the road for the Midwest Birding Symposium Thursday morning at 7:40am – a bit later than we aimed. When Arby reminded us ten minutes down the road that we forgot a few of his essentials, we had to turn back. Finally we were on our way for real at 8am, hairbrush and imported hairball remedy safely in Arby’s luggage.

After we dropped Arby off at camp (my parent’s house) we headed east towards Lakeside, Ohio. Lakeside is a six hour drive from our house, according to Google maps and our trusty TomTom GPS navigator. We meant to allow extra time for pitstops, but when we stopped for lunch at 12:20pm we realized it was 1:20pm and we lost an unplanned hour with the timezone change. A brief panic ensued but we were making good time and there was nothing to do but press on.

Lucky for us both Google and TomTom underestimated the maximum allowable speed for the final miles of the journey, so our last hour took only 15 minutes and we made it to Lakeside with time to spare. We picked up the key to our cottage at 409 Maple, fetched our registration packet, and even had time to walk out of the Lakeside grounds to pick up a half gallon of milk. We arrived at Lakeside’s dock to catch the Goodtime I for a two hour cruise on Lake Erie. 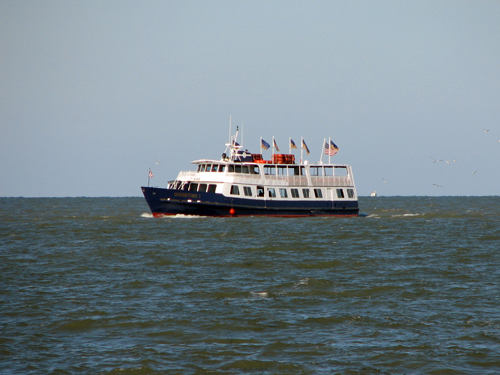 The Goodtime I approaches the dock at Lakeside 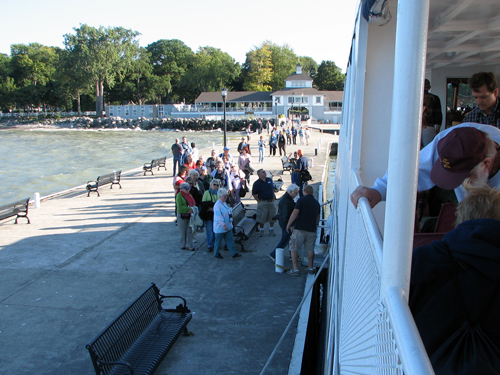 A Goodtime was had by all. Especially the Ring-billed Gulls. 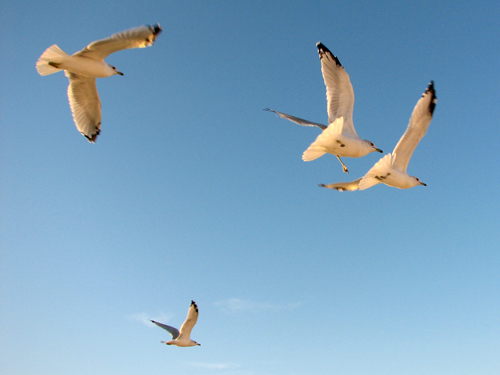 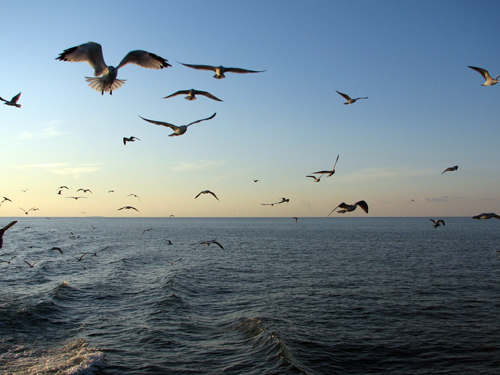