On Sunday we went out again with Lake-Cook Audubon, this time to an outing at McHenry Dam, which is part of Moraine Hills State Park in McHenry County. We took the Fox River trail which passes through meadow, marsh, wetland and forest habitat. 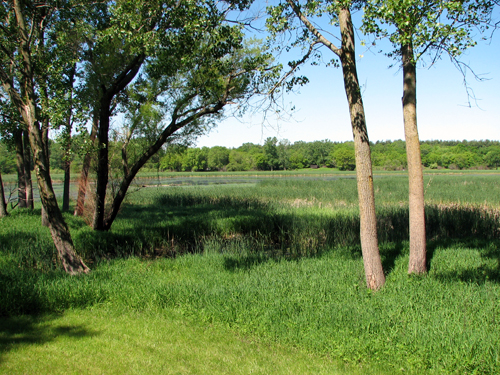 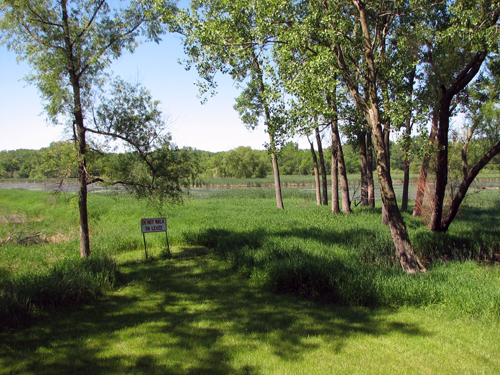 There are even two observation decks, including this one that almost looks like a blind! 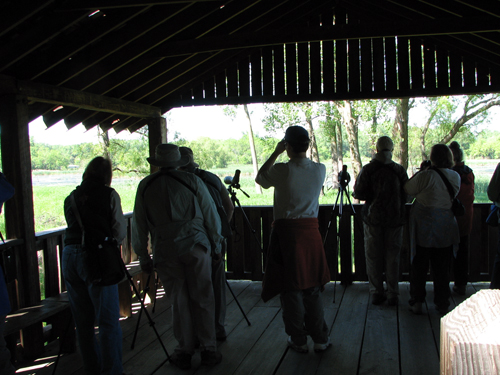 Arthur and I noted 37 observed species, with six lifers! Arthur also recently started using Birdstack (I started a while back but never finished) to record all bird species we have observed. Our ‘actual’ life list is now at 442 species total.

On one part of the trail, we observed a Common Yellowthroat, one of our six lifers on the outing. The next 8 or 10 birds we saw were Yellowthroats, but each time we saw the movement of a bird in the bushes, we looked hopefully through our bins, looking for a new species. But they were all Yellowthroats. Well, they are Common – it’s true!

We also ran back to see this lifer Orchard Oriole that a few stragglers in our group found in a tree. Besides birds we also saw lots of turtles, a rather large muskrat, and this huge bullfrog. 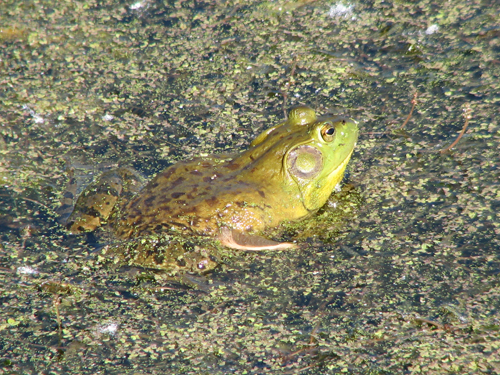 Another great outing with Lake-Cook Audubon!

This entry was posted in Illinois, Lake-Cook Audubon, Life List. Bookmark the permalink.