If you’re not active on social media sites like Facebook, Twitter or Google+, you may be missing out on the joy of Internet memes. A meme (rhymes with cream) is “an idea, behavior, style, or usage that spreads from person to person within a culture.” An Internet meme can be as short as a catch-phrase or as complex as a video clip. A lot of memes are simple graphics which are altered to suit different topics. When a meme is hot, you can be sure there will be variants related to birds or birding.

Canadian actor Ryan Gosling is the subject of several single-topic Tumblr blogs / meme themes. Images of Gosling are accompanied by captions that often begin with, “Hey girl,” followed by a sentence that would only be uttered by the world’s best boyfriend. After Gosling himself read some of the captions on MTV in December 2010, the meme took off with derivatives like Feminist Ryan Gosling, Hey girl. I heart NPR., Law School Ryan Gosling, and of course, Hey girl, bird with me? 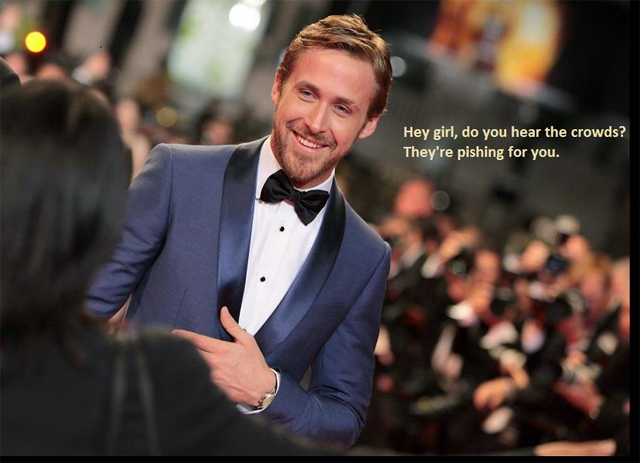 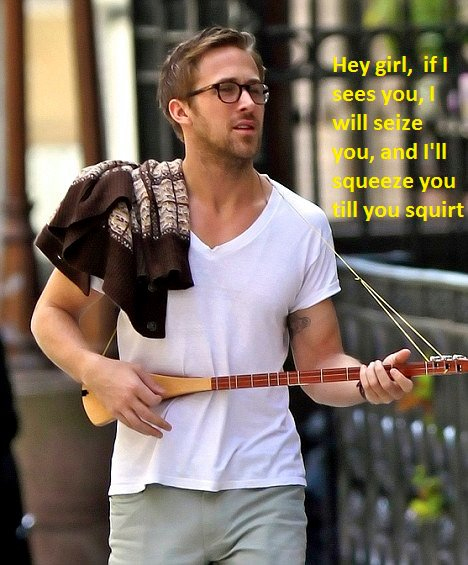 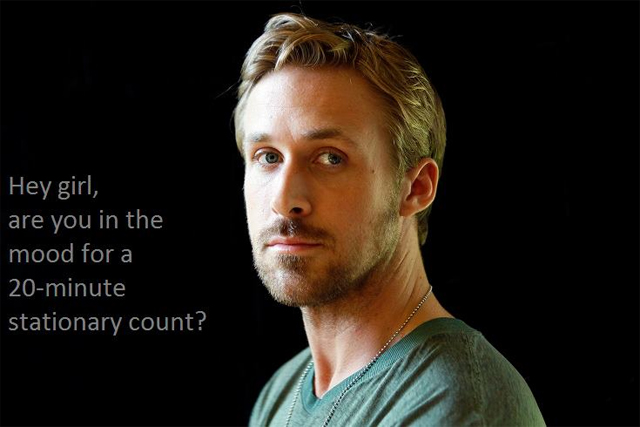 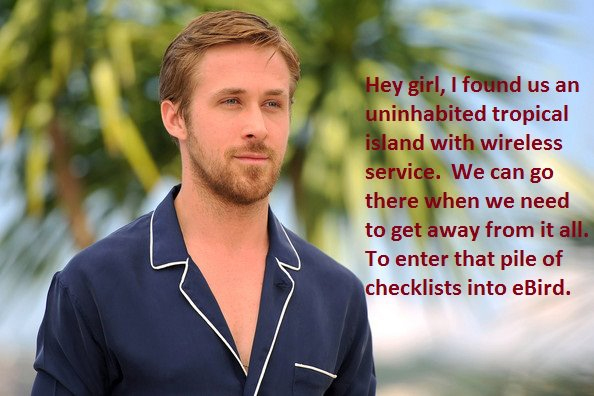 This entry was posted in Internet Meme. Bookmark the permalink.