Illinois Audubon Society has two statewide gatherings each year. We attended our first, hosted by our own Lake-Cook Chapter, back in September. This spring, the gathering was hosted by the Western Prairie Chapter, and held in Nauvoo, Illinois, April 30-May 2. We were amused to note that many of the cars in town had Utah plates.

Our first excursion Saturday morning was a boat trip on the Mississippi River, which began on the Iowa side of the river, in Keokuk. We had some difficulty finding the boat launch, mainly because we were looking for a boat. It arrived after we did. 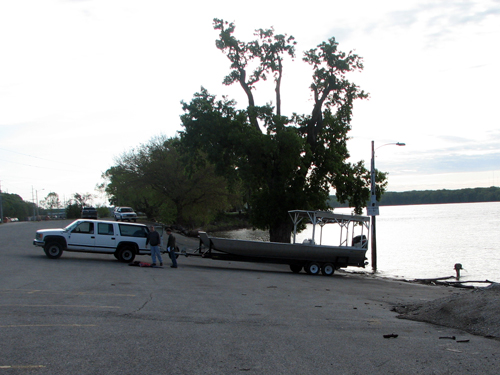 Although the forecast was for sunshine, our trip was taken under cloudy skies which poured rain down on us for the last part of the journey. 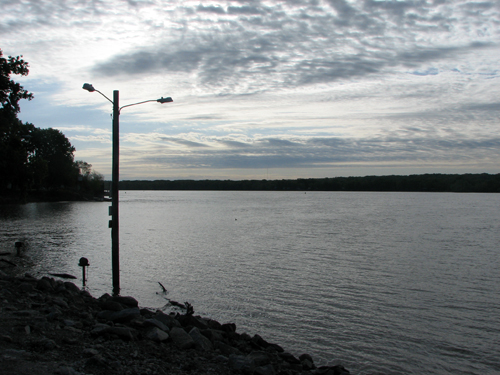 There were White Pelicans by the dam, and Turkey Vultures everywhere, perched along the river banks and on railings. 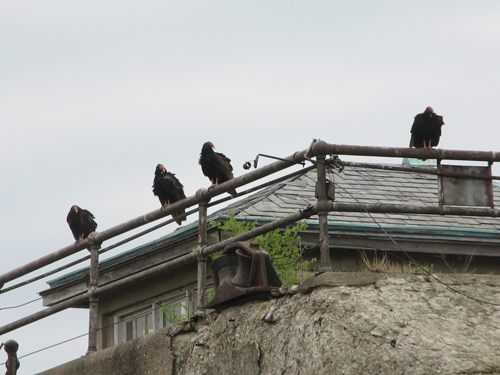 Some homes along the Illinois side were raised on stilts. 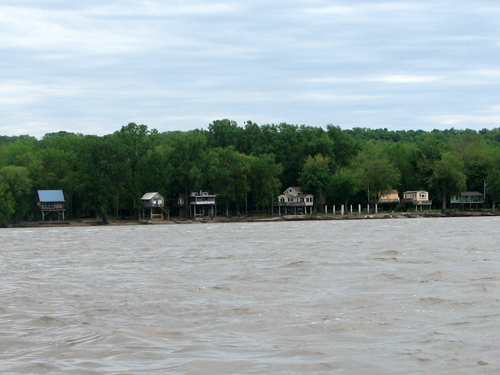 For part of the trip we floated beside an island, where we spotted Wood Ducks, a foraging Spotted Sandpiper, a flyover juvenile Bald Eagle, my FOY Baltimore Oriole, and a Pileated Woodpecker, which was an Illinois first for me and several others on the boat. 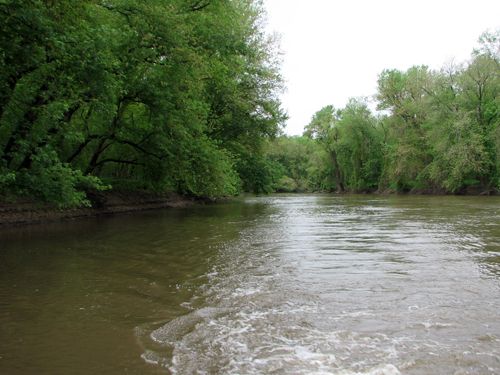 During the trip we noted Asian carp jumping high out of the water several times. To see the damage these guys can and will do, check out this CNN clip on Asian carp in Havana Illinois. On the way back to the boat launch we had some excitement when one of the huge fish jumped up and landed inside the boat. There was a bit of shrieking before the boat captain managed to control the fish and toss it back overboard. There was blood over the floor of the boat and one passenger’s hand swelled up from impact with the fish. 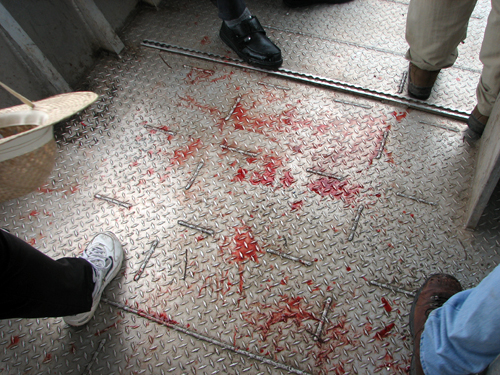 This entry was posted in Illinois Audubon. Bookmark the permalink.