Sometimes a rehabilitated bird needs some encouragement at the time of release. He or she might seem to not realize s/he is free. Such was the case with three juvenile Brown Pelicans that were released back in November in Ponce Inlet. The birds were rehabbed by the Mary Keller Seabird Rehabilitation Sanctuary at the Marine Science Center. The public was invited to the release. And the public showed up! 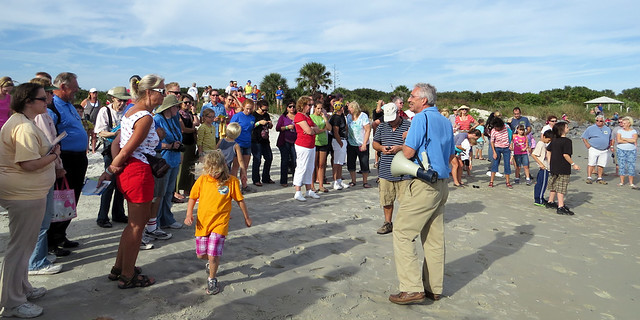 Arthur and I were there to witness the somewhat confused birds eventually make their way to freedom.

Just a couple of weeks later, I had the extreme honor to release a juvenile Bald Eagle that had been rehabilitated by the Audubon Center for Birds of Prey. It was not the first Bald Eagle release I had seen, but the first one I was able to release personally. It was awesome! 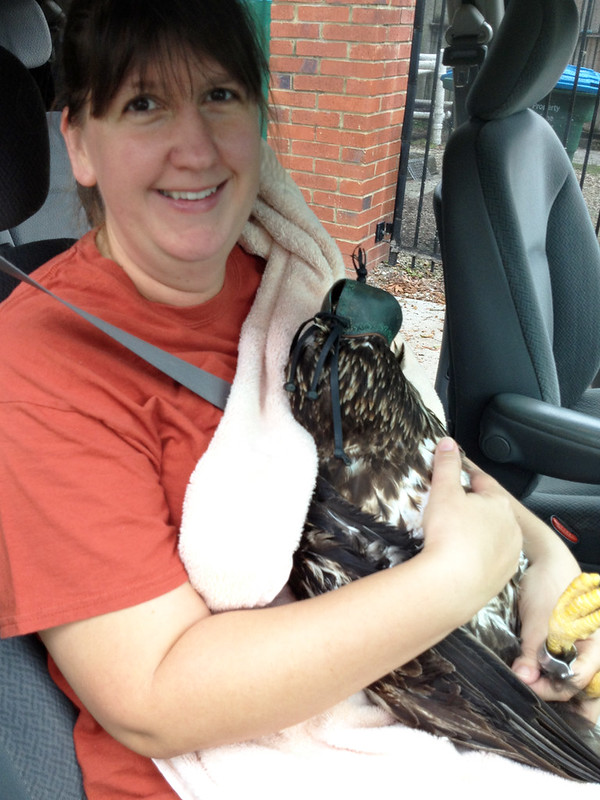 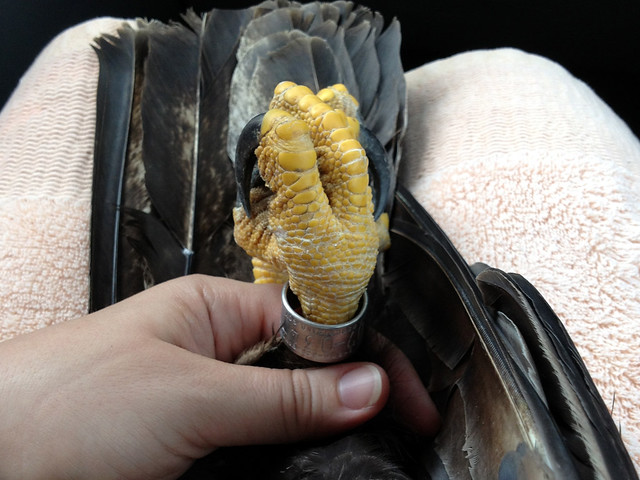 Killer talons, under control AT ALL TIMES!

The procedure here it to gently toss the eagle after it has had a moment to adjust to the situation. It wears a hood during transport to the release site, which helps the bird relax (I think this bird fell asleep in my lap on the drive over). 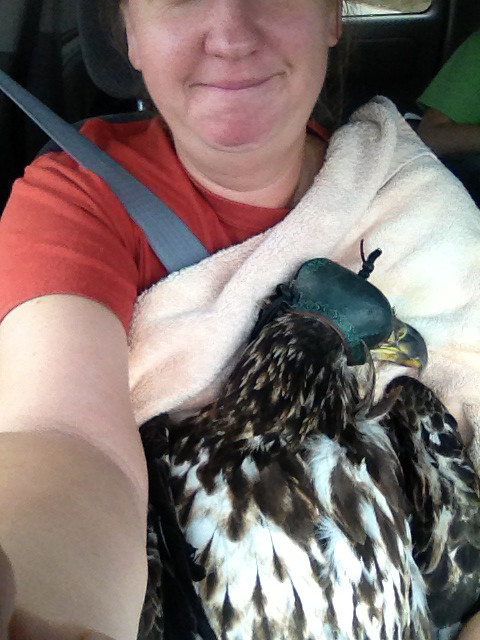 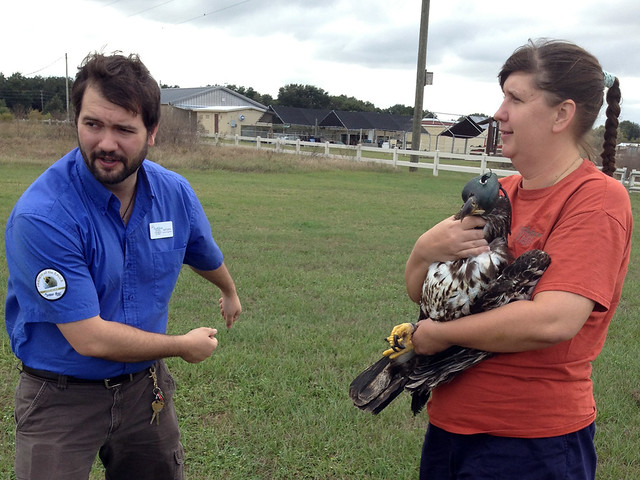 The hood is removed and after a beat the bird is released with a gentle upward-motion toss. This doesn’t really leave any room for hesitation! 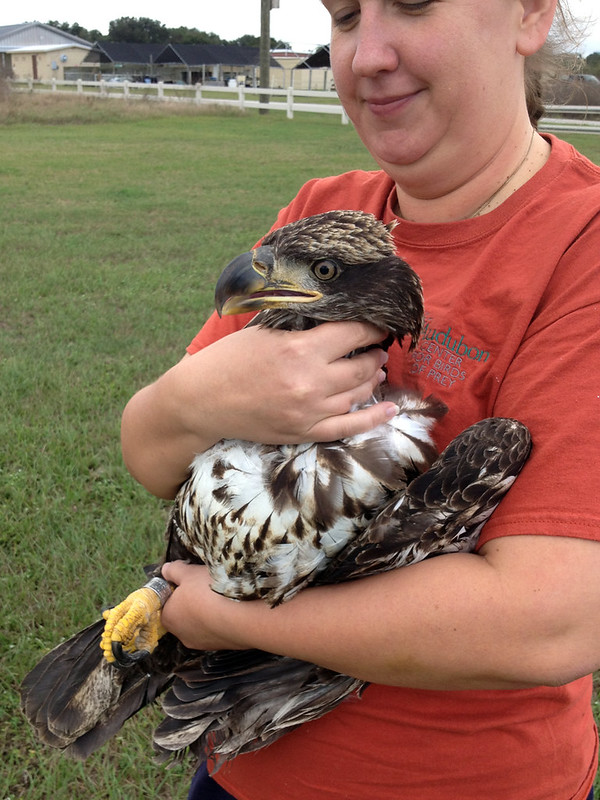 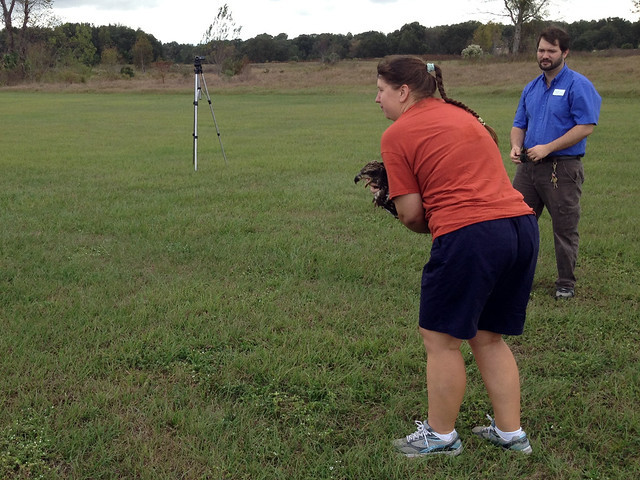 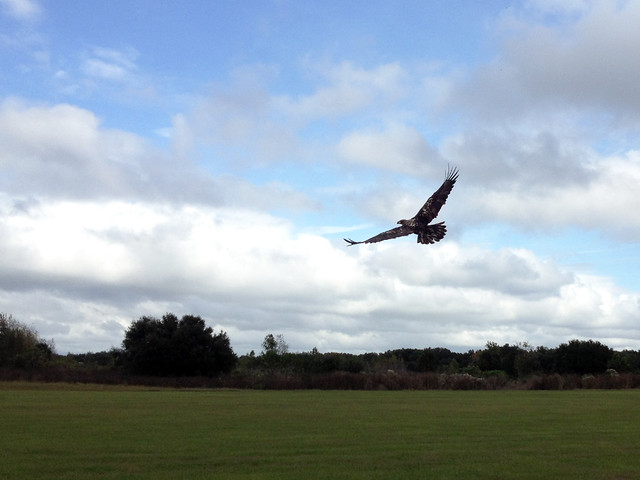 And then there are the rehabilitated sea turtles that may also be a bit confused at first when they are released. Here’s Benjamin, a sub-adult Loggerhead, who needed a little course correction after he was set free at water’s edge.

You just never know with wild animals, rehabilitation, and release — and that’s how it should be. Releases are pretty much always magical, even when the releasee causes gasps with unexpected flight patterns, unforeseen hesitation and surprising directional choices! Apparently November 2013 was a big month for releases — all three in this blog post occurred in that month!

This entry was posted in ACBOP, Florida, Not Birds, Rehabilitation. Bookmark the permalink.