If you’ve read other blogs from attendees of the Midwest Birding Symposium, you already know that a Kirtland’s Warbler was spotted at East Harbor State Park on Friday, and ended up being seen by a good many of the attendees. This was a life bird for many, and it would have been for us, too, if we hadn’t missed it. If you’re not sure why this was such a spectacular sighting, read Laura’s blog post here.

When Bill Thompson came to the stage after Jim McCormac’s talk, Birding Ohio’s Lake Erie Shore, he barely got out the words “There’s a Kirtland’s Warbler at East Harbor State Park” before people started trotting out to their cars. We hesitated, and then I fumbled when writing down directions which Bill kindly repeated a couple of times. I didn’t have to worry about finding the park though – there was a steady stream of traffic flowing from Lakeside to East Harbor. Where else was there to go, after that announcement? 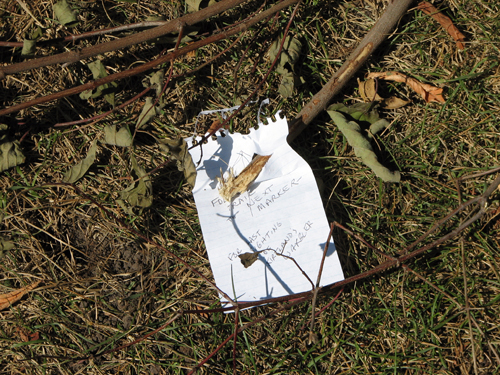 We followed the signs to a clump of about 20 birders clogging the trail. When we arrived, we learned that the bird had not been seen for the last 10 or so minutes. I overheard someone talking on the phone. He said that he was standing with “150 or so of my birding friends.” 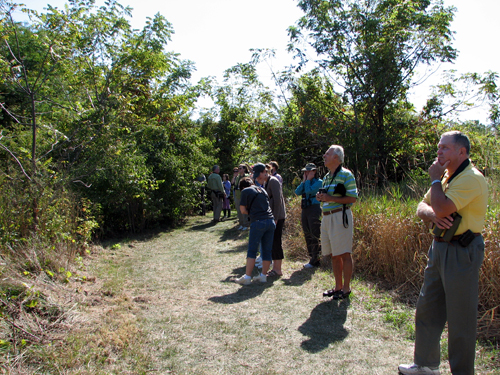 I thought this was a funny bit of hyperbole, but didn’t think much about it until we walked further down the trail a few minutes later. Ah, there was everyone. There were groups of birders everywhere I turned. Far down the path, off the path in the bushes to the left, off the path under the trees to the right. I had thought 150 was an exaggeration, but it may have actually been conservative. 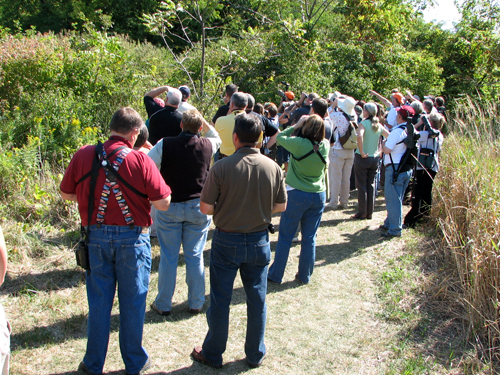 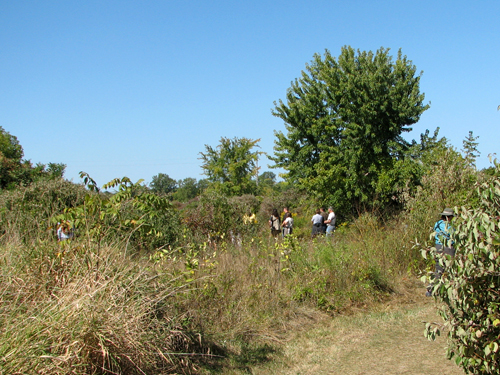 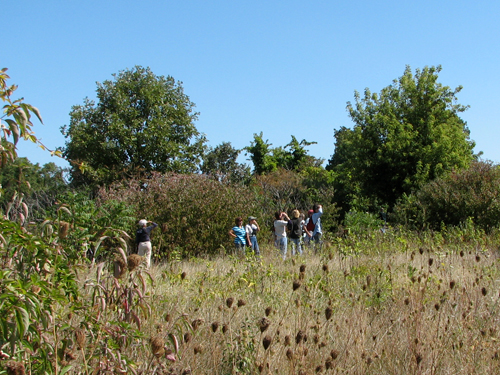 We searched for about 40 minutes before heading back to Lakeside to have lunch. During the afternoon’s first program, Arthur learned that the warbler had been seen once more. Again, foolishly, we hesitated, and again we arrived just minutes after the last sighting of the bird. All was not lost though, as this proved to be the one time I got to meet, extremely briefly, both Sharon (aka Birdchick) and John (aka Born Again Birdwatcher). 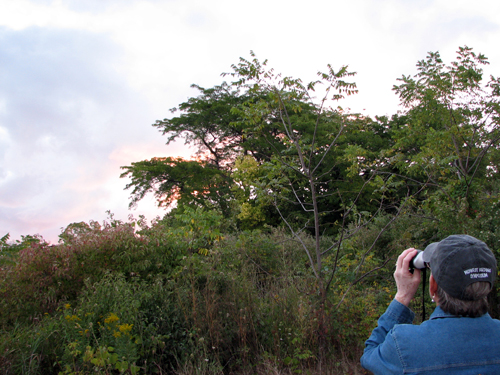 We tried again for the Kirtland’s Warbler first thing Saturday morning, but the bird was not seen again after Friday afternoon, so that was our strike three. But the chase is part of the fun, and I don’t regret a moment of our search. We’ll see a Kirtland’s, some day.