In September I birded at Gemini Springs 21 times. I recorded 64 (+2 sp.) species of bird, a good increase over last year’s 56 species. The complete list is at the end of this post.

Clapper Rail was new to my park list; I heard at least one individual calling during much of the second half of the month. Also new to my all-time park list: Rock Pigeon (flyover flock); Peregrine Falcon (a thrilling fly-over); Common Nighthawk; Yellow-throated Vireo; and Purple Martin (a small flock; rather late). Those last two are kind of overdue as they’re not all that rare and have been recorded by others in the park. Gray Catbirds arrived right on time at the very end of the month.

There was a lot of rain during the month. The bayou / spring runs were higher than I’ve ever seen them and there were a lot of paths that were completely flooded. The sinkhole area flooded over until a small ditch was dug to a retention area — but then the entire area flooded over again a couple of days later. All the extra standing water gave mosquitoes extra breeding grounds; late in the month mosquitoes were the most annoying I’ve ever noticed at the park.

Here are some photo highlights from a month of birding at Gemini Springs. 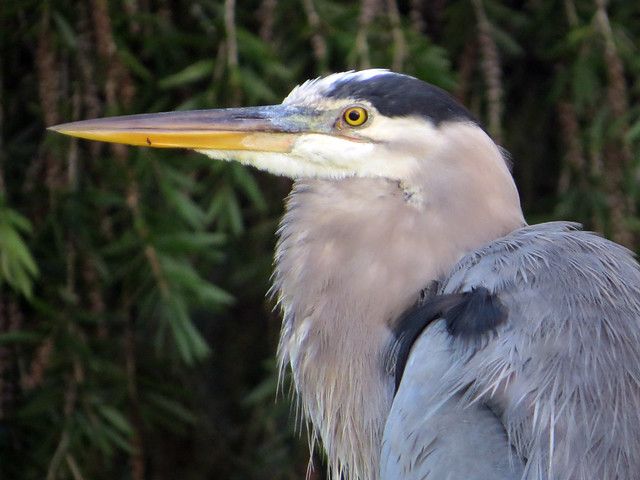 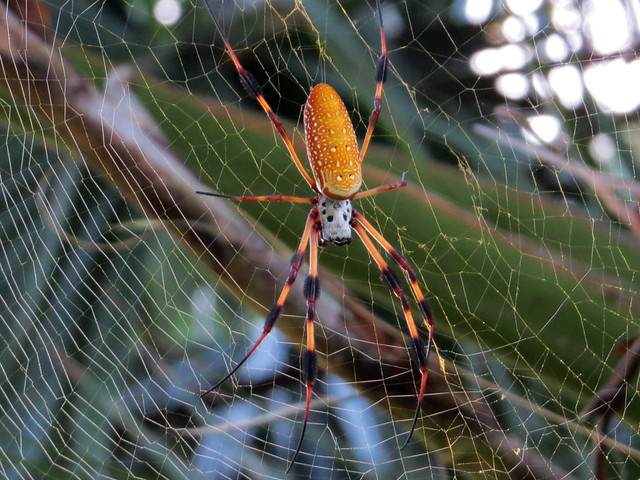 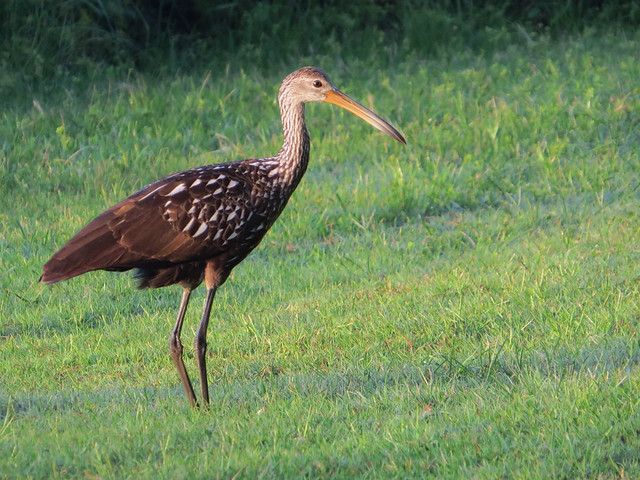 During my walk on September 5th, I saw a few of these guys: 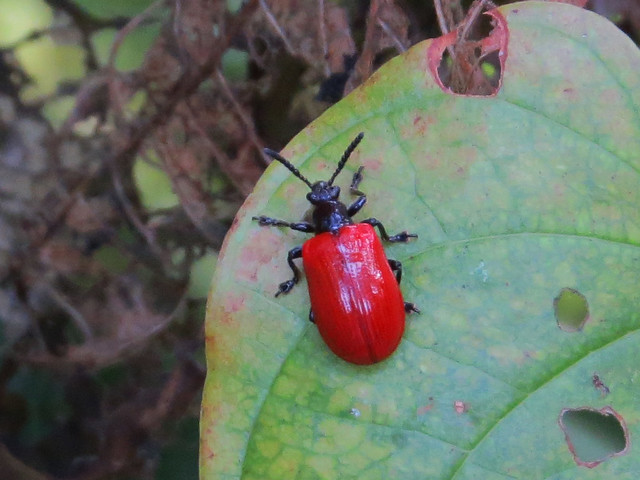 Apparently Air Potato Leaf Beetles were brought in to combat the Air Potato problem at the park. Without really knowing too much about this problem, the idea of bringing in non-native beetles to consume non-native plants makes me uneasy. I need to learn more about this procedure. Anyway, the beetles got busy on the air potatoes. 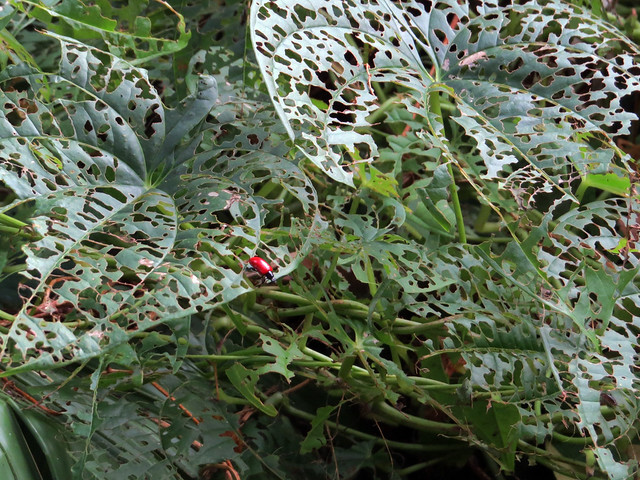 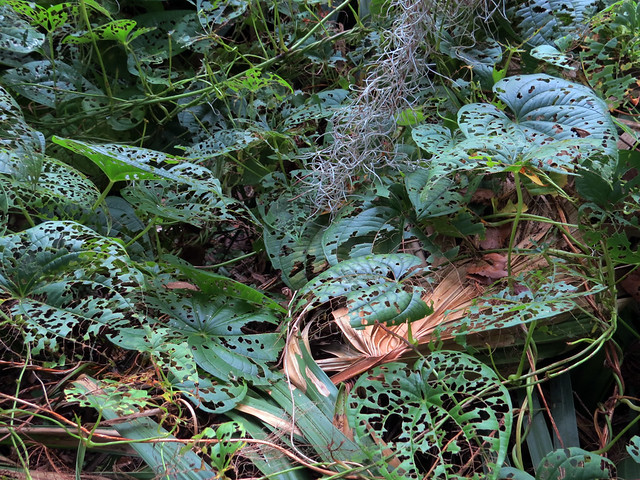 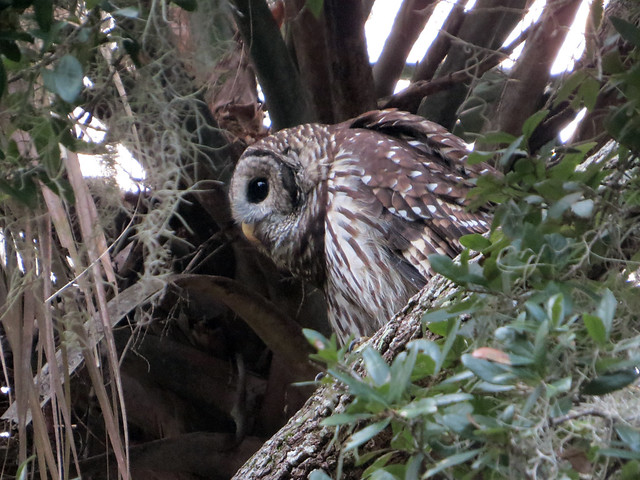 This time of year, the seeds of the Magnolia trees at the park are ripening. And all around the park I could hear squirrels eating the seeds. Squirrels chewing with their mouths open sound like rocks being rubbed on metal files. 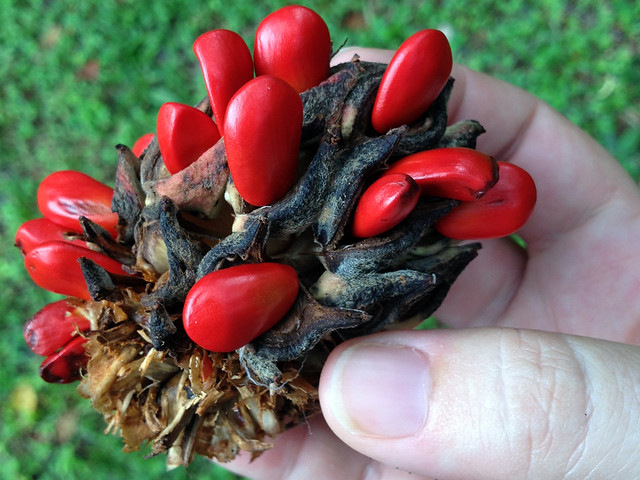 This squirrel looked a bit rough, perhaps with a bot fly infestation. Bot flies are annoying to squirrels but most are not permanently debilitated by the flies. 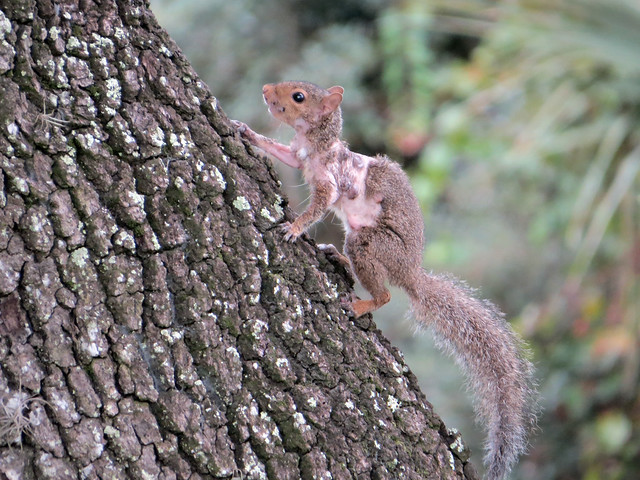 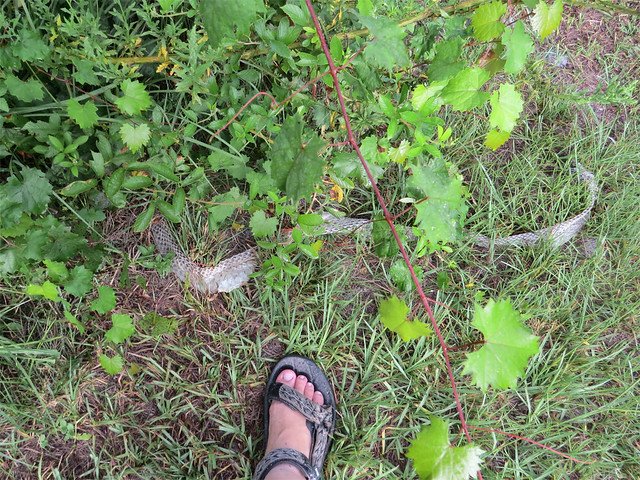 I wanted to pull it out to take a picture of its full size, but it was so damp out I was afraid the skin would disintegrate when I touched it. It was surprisingly thick and durable; it felt like a bike inner tube! And it was kind of scary big. 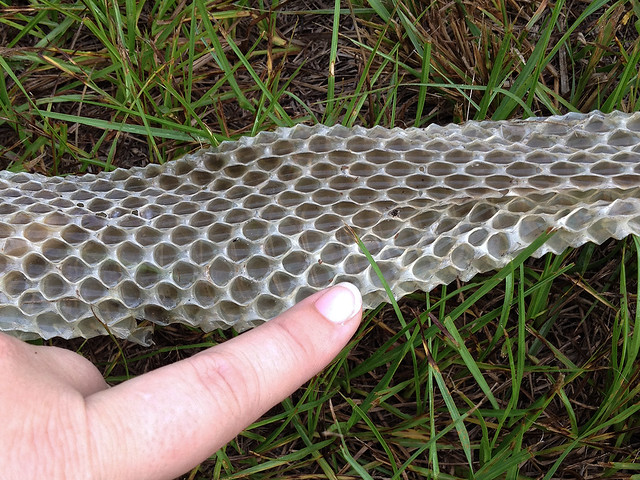 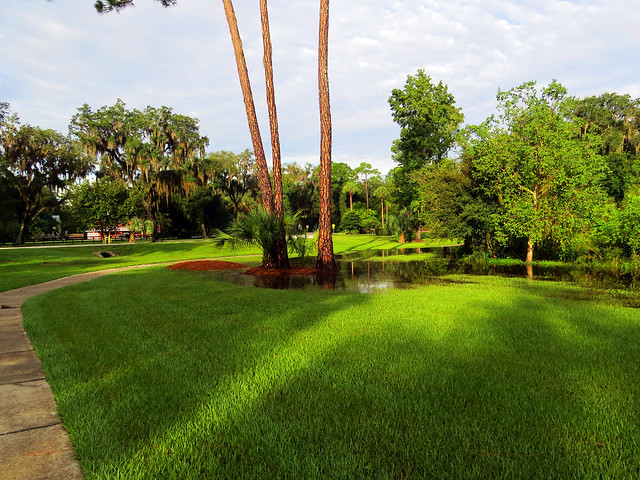 flooding around the sinkhole | 08 September 2014 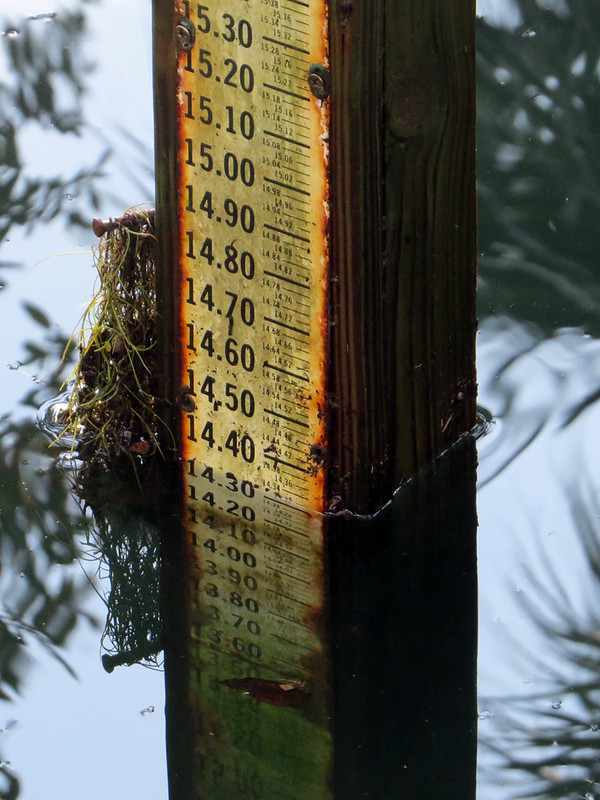 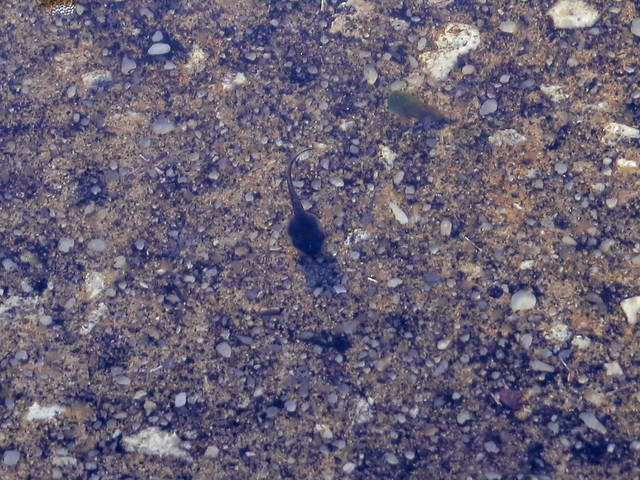 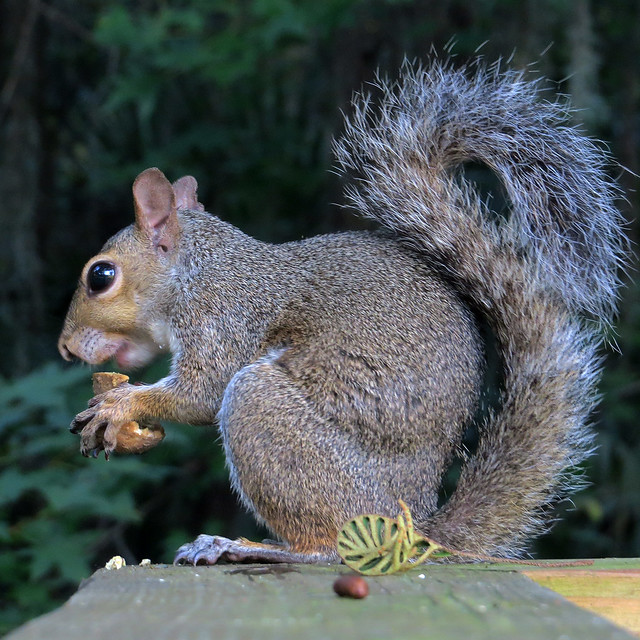 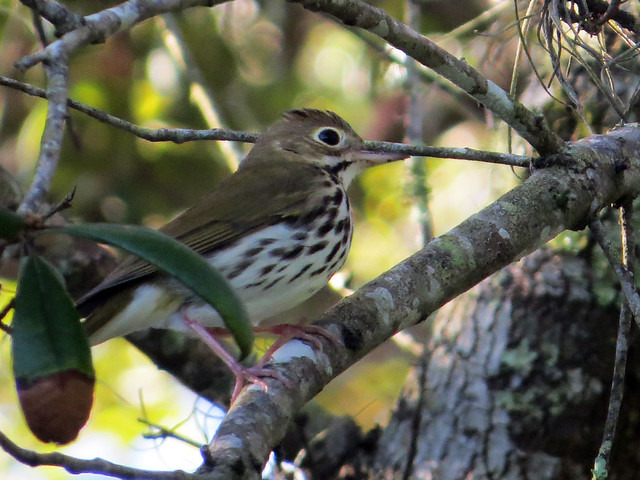 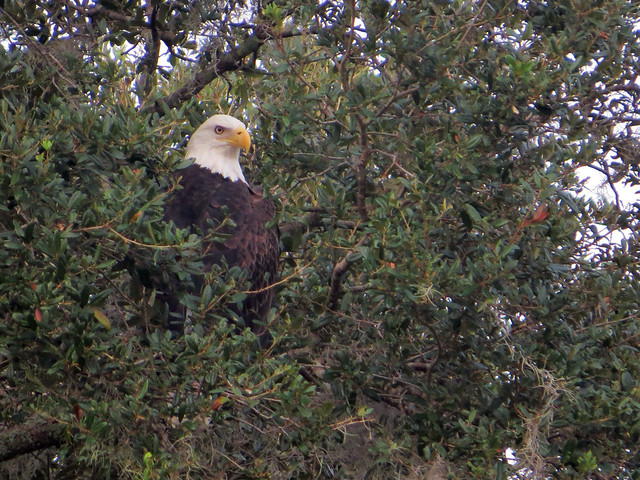 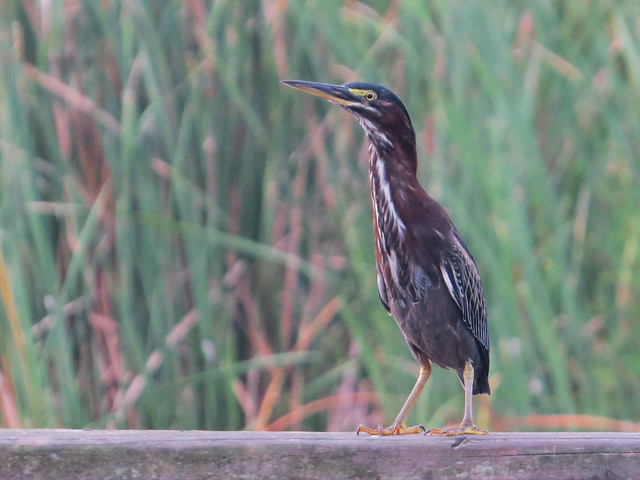 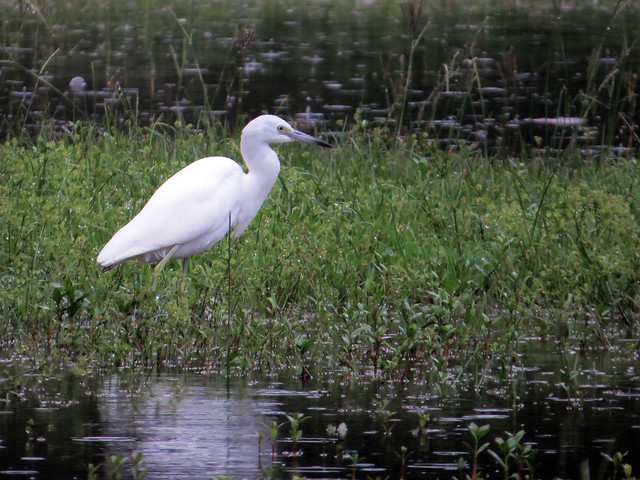 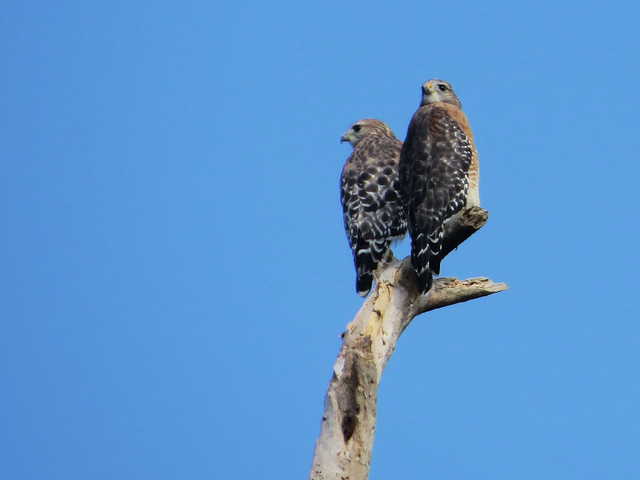 Red-shouldered Hawks — can you tell the male from the female? | 21 September 2014 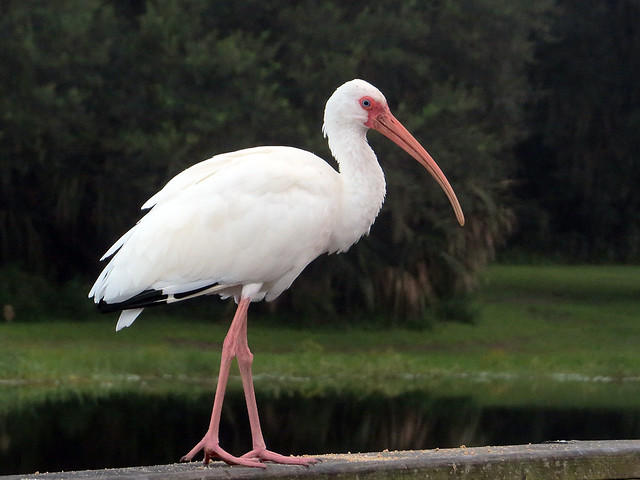 On the 21st I had a very nice outing. I saw 36 species, including my first Common Ground-Dove in several months, a juvenile Loggerhead Shrike, my first Purple Martins at the park, a raucous family of Northern Mockingbirds that was fun to watch, a good number of warblers, etc etc. It was a good morning. When I got back to my bike I saw a lanky tortie cat hanging out by the bike rack. I made kissy noises, not really expecting the cat to approach me, but she did. Two of her kittens followed her, and eventually I got the two youngsters in my hands. But now what? The mother cat came and went, soliciting pets and purring loudly. I figured I would be able to catch her up eventually, but first I needed some help. I asked passersby for a box, but had no luck. Eventually a chap from the park came over and brought me a box. The kittens promptly escaped. As they made their escape, a third kitten appeared. Oh boy. The park chap brought over some cat food and eventually I caught the two kittens again, along with their sibling. I got ma cat too, but she went ballistic when I tried to put her in the box. I finally got in touch with my family and they arrived with a cat carrier for ma cat. They’ve all checked out healthy at the vet and have had their first round of shots. The two orange ones are boys; the black kitten is a girl. They don’t have names yet. 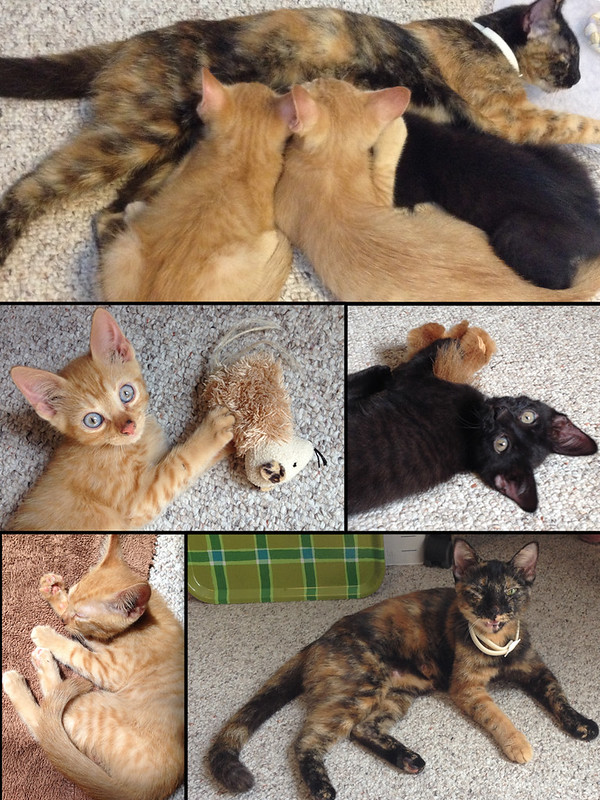 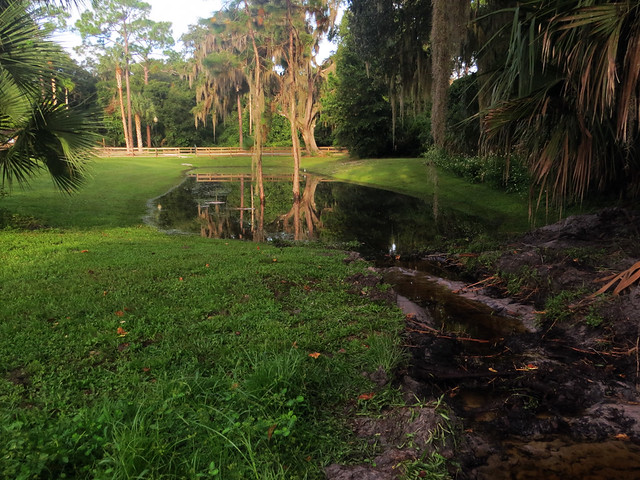 On the 27th my mom and I attended a bird walk at the park sponsored by Lyonia Preserve and West Volusia Audubon. I rarely see other birders at the park so it was nice to see a bunch of them at the same time. We had a late start time (10AM!) and didn’t see a huge amount of birds, but it was a nice morning nonetheless. 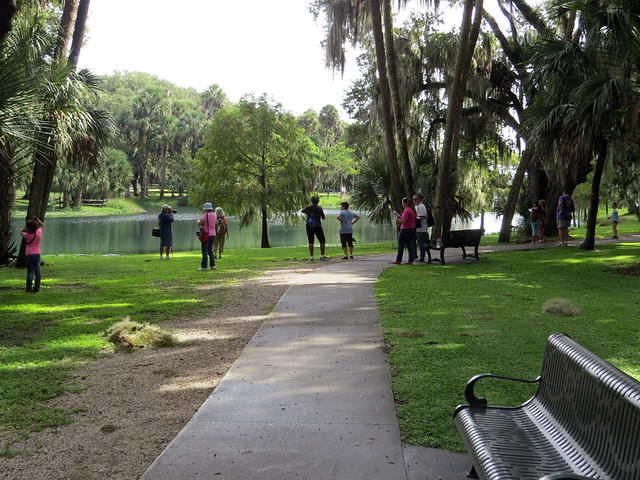 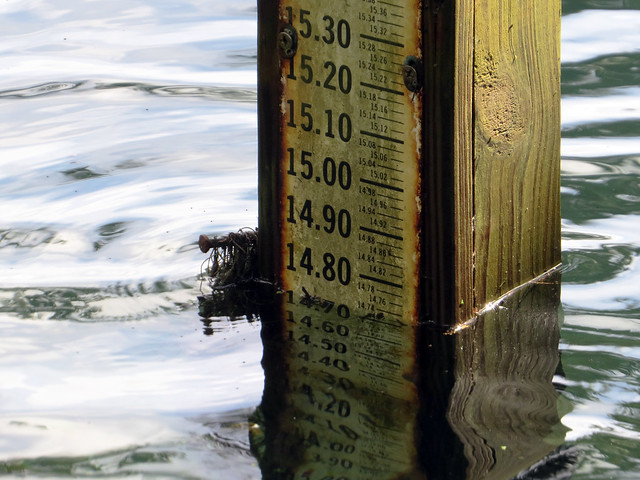 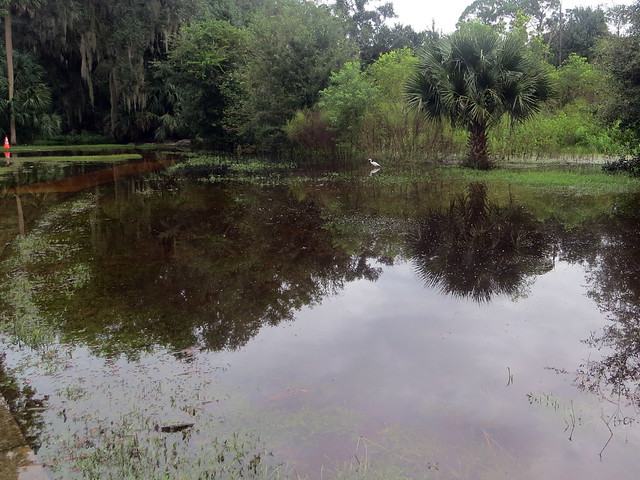 See? I told you I’d have more photos for September than I had for August. 😉