Last month I birded at Gemini Springs 10 times, recording 71 (+1) species. I think that may be my best month at the park; it certainly blows away my total of 57 species from last October. The complete list for October 2014 is at the end of this post.

It was a pretty exciting month. Four birds were new to my all-time list for Gemini Springs: Blue-winged Warbler; Tennessee Warbler; Magnolia Warbler; and Summer Tanager. Four species were my FOY (first of year) at the park: Northern Harrier; Merlin; Sedge Wren; and Baltimore Oriole. I had another 12 FOF (First of Fall) species, including Palm, Orange-crowned, and Yellow-rumped Warbler, Eastern Phoebe, Pied-billed Grebe, and Tree Swallow. Yeah, it was a good month. Here are a few photos.

The month started out with lots of standing water still in various parts of the park. I checked this meter a few times, but unfortunately I don’t have any idea what it “should” be in a normal October. Hopefully I’ll remember to check next year. I’ll also try to remember to have a look before our rainy season begins! Anyway, here is the level from October 5th. 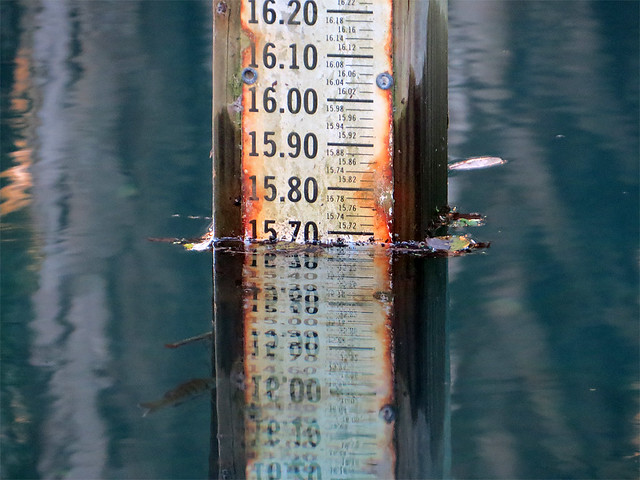 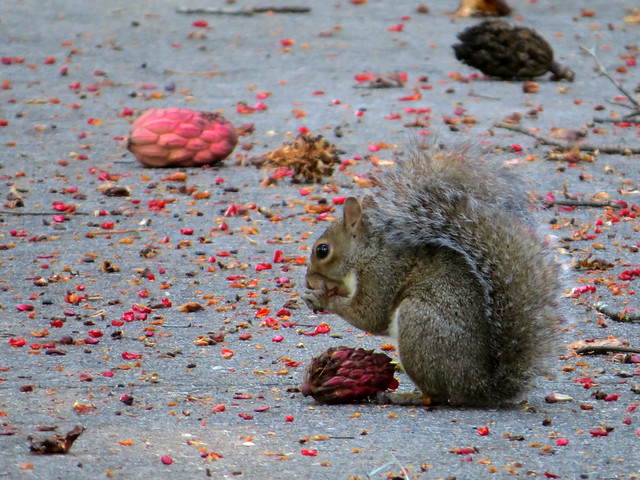 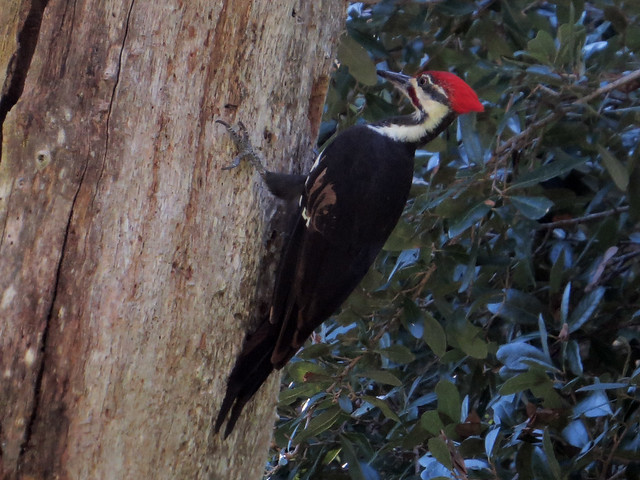 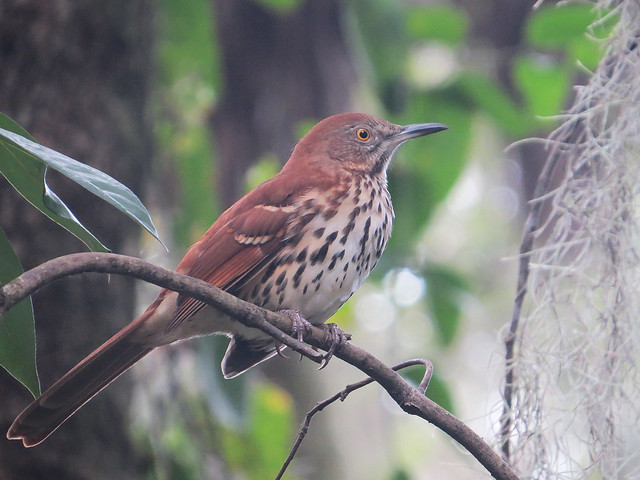 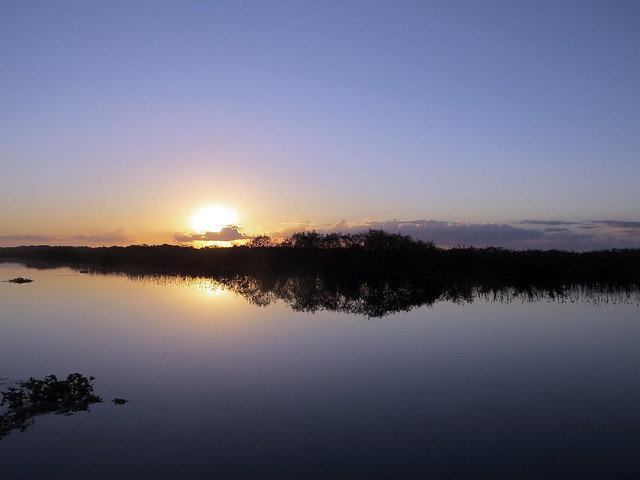 On October 13th I saw this female American Kestrel trying to have breakfast. She was being harassed by a pair of Blue Jays. In this photo she’s trying to yell them off. You can see her meal, a dragonfly, at her feet. 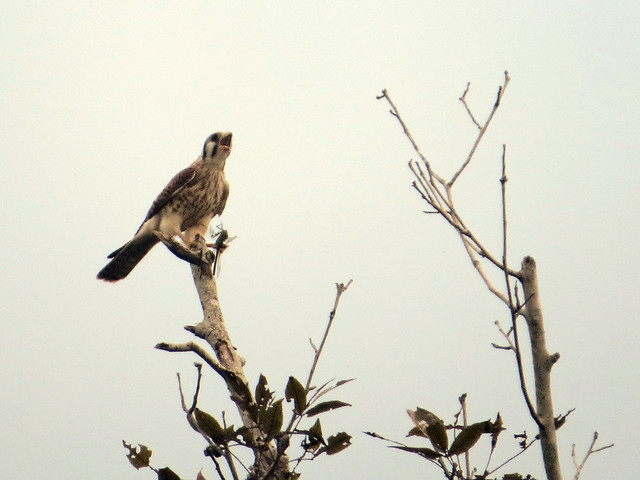 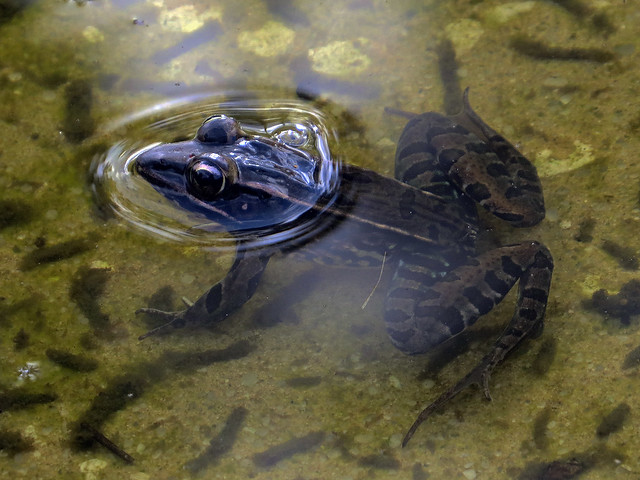 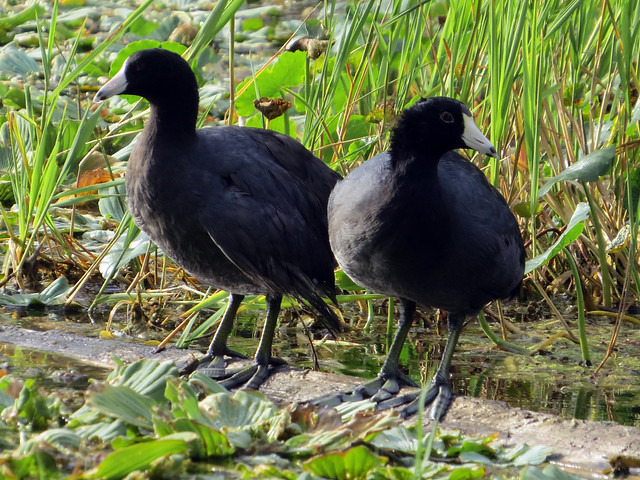 It’s not a very natural photo, but on October 20th I was pretty excited with another first. I’d never seen a Praying Mantis before! There were two on the bike path. One was moving very slowly, and the other wasn’t moving at all. After watching them awhile I gently poked them off the path so they wouldn’t get run over. Praying Mantises can run! 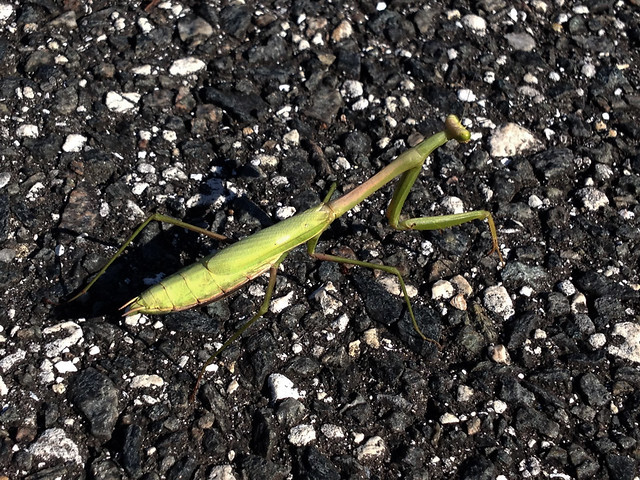 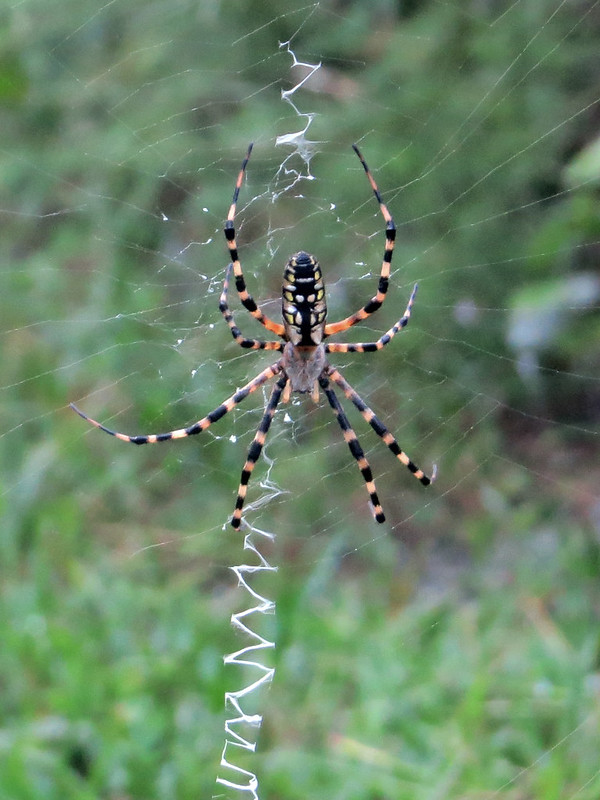 Also on October 20th, I found a dead Tricolored Heron. Its neck looked like it might have a small injury but it appeared to be otherwise intact. This is a detail of its feathers; I also took a photo of its head. 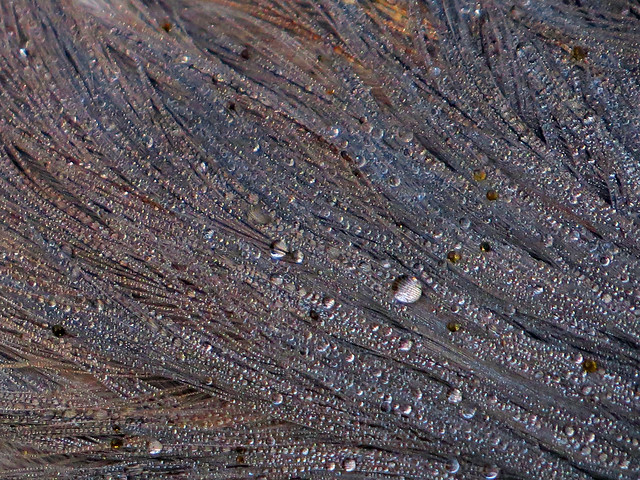 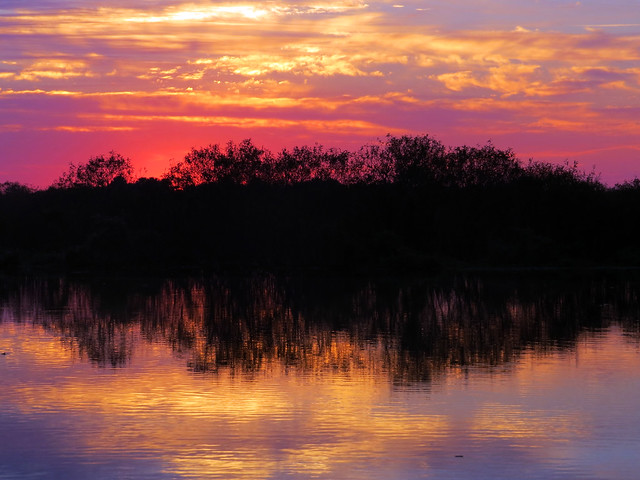 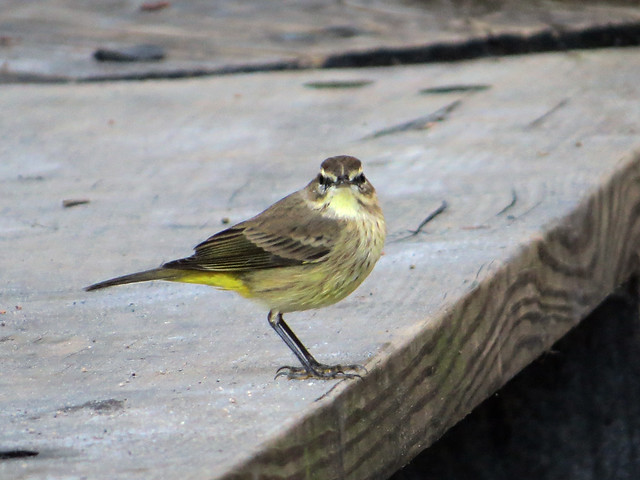 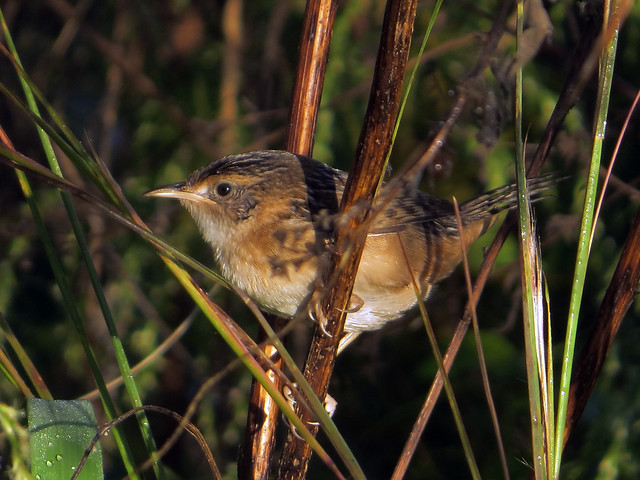 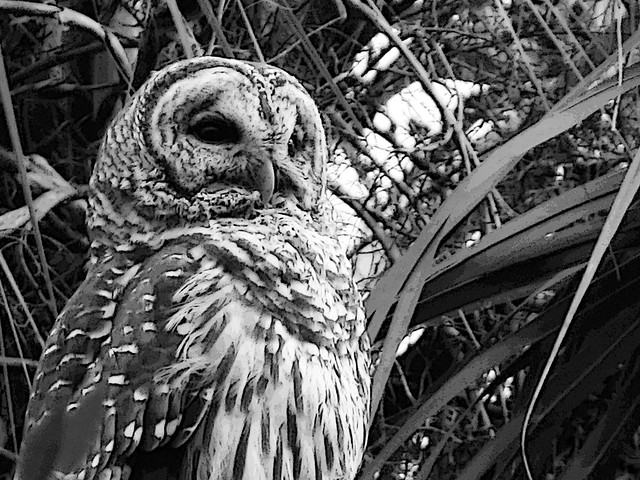 By the end of the month, the water levels had decreased across the park. 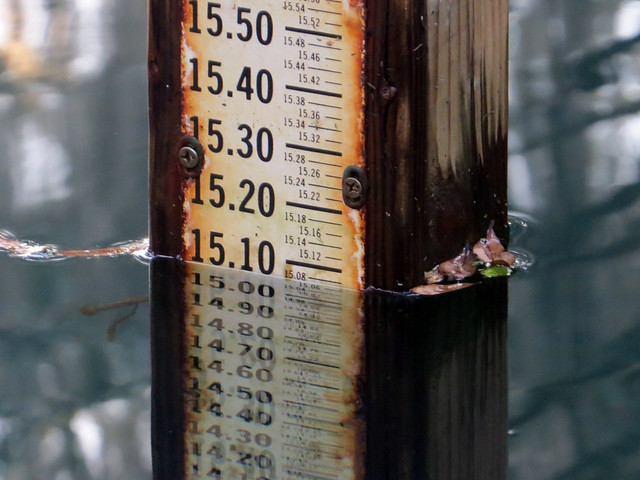