If you ever want to feel really good about your skills as a birder, I highly recommend spending a day working a suburban Christmas Bird Count (CBC) route with two non-birders. That’s what I did last Saturday and I had a blast with two neat ladies who volunteered after reading about the Christmas Bird Count in the local newspaper.

Prior to last week I had only participated in one CBC. A couple of weeks ago I looked at the map of CBC circles and was surprised to see that our house is within the circle of the Wekiva River CBC, and so is Gemini Springs. Score! Or so I thought. I contacted the compiler and hoped hard for assignment at my local patch. Instead, I was asked to help in area 14, a segment that had two volunteers lined up but could use a third pair of eyes, hopefully with some birding experience. So that’s where I went.

Area 14, mostly in the cities of Lake Mary and Longwood, is almost completely developed with suburban homes and shopping centers. It is an area with which I was (and still am) basically not familiar, but that didn’t matter. My partners in crime, Laurie and Anne, were driver and navigator and came equipped with intimate knowledge of the area. I came with my scope and my modest birding skills. We hit retention ponds, city parks, and store parking lots, looking for birds at every stop. It’s kind of neat how pointing up in the sky at a bunch of tiny dots and shouting out “30 Cedar Waxwings flying overhead!” seems a bit like magic to non-birders. I found specks across ponds in my scope and ID’d them, sharing the view with Laurie and Anne. Laurie kept tally. They both got us access to several ponds that were completely surrounded by homes — by visiting their friends or by boldly making new ones, on the spot. We stepped into a lot of backyards during our day.

At one of our first stops we came across more Black-bellied Whistling Ducks than I had ever seen in one place before. Our final count there was 87 birds. They were flying around, making their adorable chirping calls, sparring, foraging, and loafing around. I am pretty sure they were lifers for Laurie and Anne. We stayed here for while, because new birds kept coming into view every time I scanned the water. Wood Ducks multiplied before our eyes. My first of fall American White Pelican flew over. A Belted Kingfisher rattled. Blue-gray Gnatcatchers buzzed in the trees around us.

At each small body of water we tallied a few birds and then moved on. We stopped briefly at Big Tree Park, where last year many tears were shed over the death-by-arson of The Senator. How can you not cry over the destruction of a living thing that has stood on our planet for at least 3,400 years? It was awful to see the remains. We picked up a heard-only American Kestrel here, and not much else.

We ended up with around 52 species (I don’t have the final tally) for our part. In the evening we met at compiler Jay’s house for dinner and an informal tally of species for the circle.

Now, if you ever want to feel crappy about your skills as a birder, all you have to do is receive an eBird county needs alert for your local patch. Containing several birds that you’ve never observed at said patch. Ugh.

The group that covered Gemini Springs for the CBC found 60+ species, including Virginia Rail, King Rail, Grasshopper Sparrow, and Eastern Meadowlark. I know others have seen EAME at Gemini Springs. In fact, every time I visit a certain area of the park I think to myself, there should be meadowlarks here. But I’ve never seen one or heard one, and I’ve certainly been listening. Ugh. The rails aren’t a huge surprise to me but I’ve never heard them either. But the Grasshopper Sparrow… All I can say is &#%!@?!

Fortunately, as we all know, birders are AWESOME people as a general rule. So when I sheepishly emailed the eBird offender in a hopefully not-too-stalker-like-fashion (since we don’t actually know each other), he kindly gave me detailed intel on the location of all desired species. The search is on. And I’m looking forward to the Daytona Beach CBC on December 28th. Hopefully I’ll get to stay in Volusia County this time. 😀 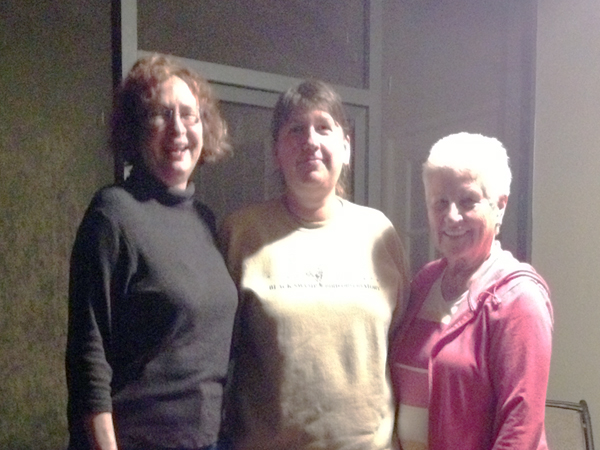 This entry was posted in CBC, Citizen Science. Bookmark the permalink.