In June I did my own version of the Green Challenge. Like the standard challenge dictates, I was looking for birds in a single county. I allowed heard-only birds on my list though, and I only listed “green” birds. I had hoped to find 80 species, but I fell short, tallying 77 — the same total I had for this challenge in 2015 (the last time I tried). The complete list is at the end of this post.

Here are some photo highlights from the month. 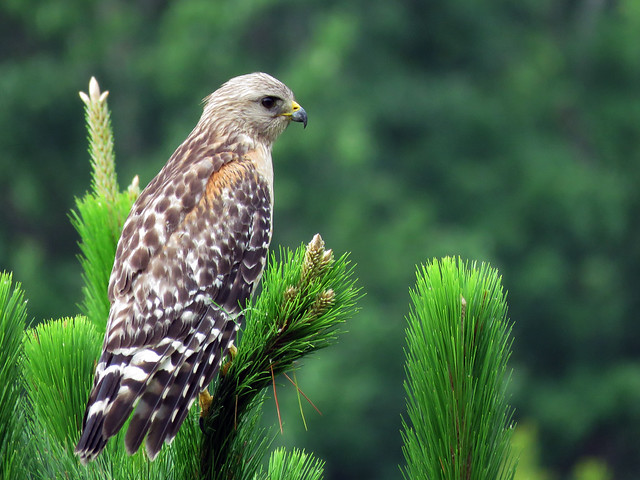 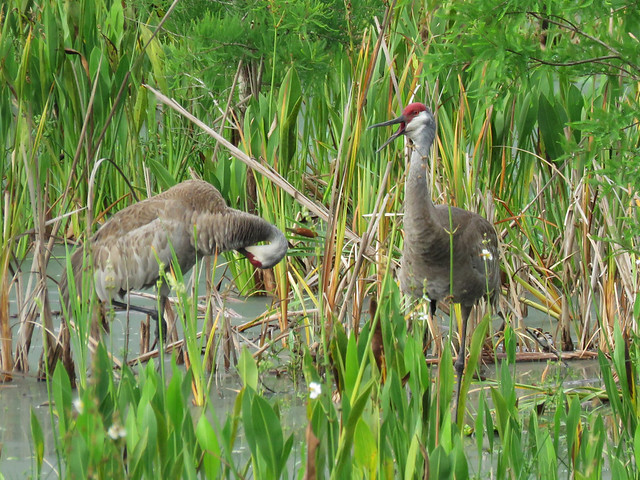 I completed 29 checklists during the month. I went to 14 different local birding spots, plus counted birds at home and as I was biking in several locations. I ended up biking over 165 miles. 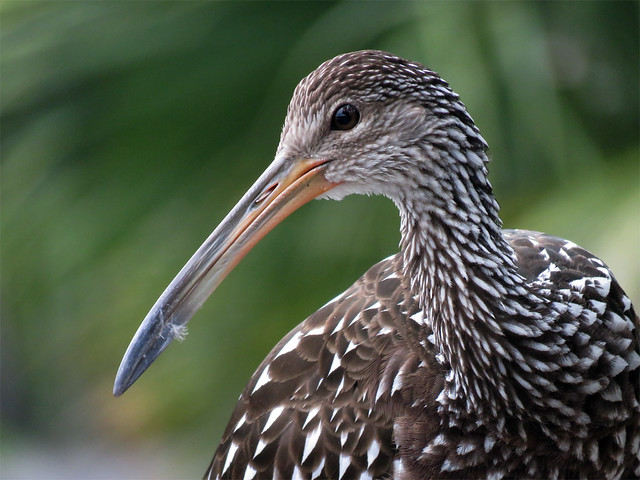 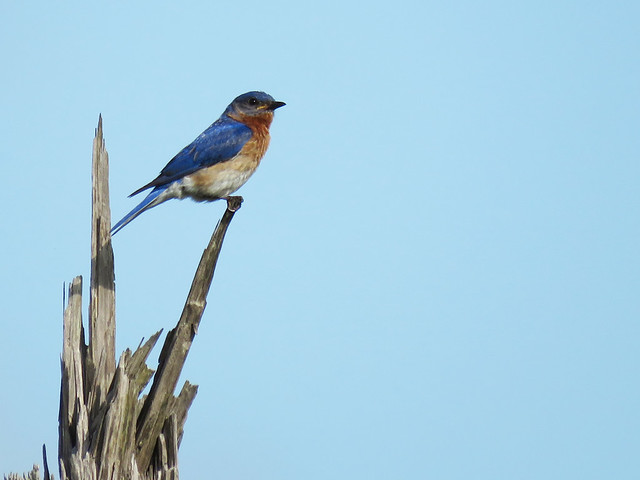 On the 10th I went to the Quail Lakes Powerline Trails to look for a few target species: Eastern Bluebird; Eastern Towhee; Red-headed Woodpecker; Common Ground-Dove; Florida Scrub-Jay; and Northern Bobwhite. I found all of them, but the bobwhite and scrub-jay were extremely frustratingly heard-only. I stood around for a half hour waiting for a jay to pop up but I didn’t have any luck. What a ridiculous species to record as heard-only. As a consolation I added Killdeer, Northern Flicker, and Brown Thrasher here too. 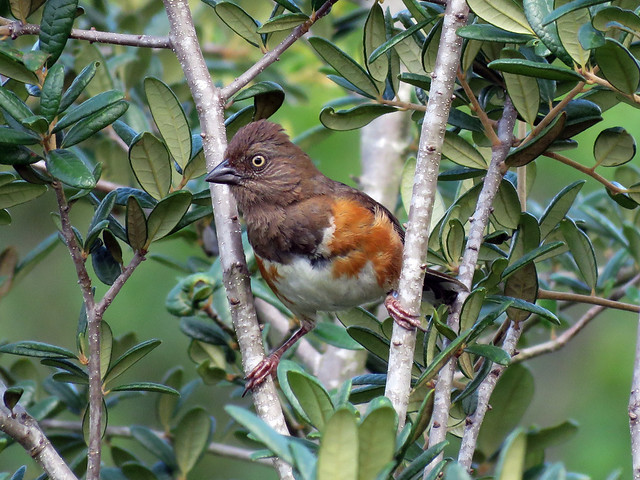 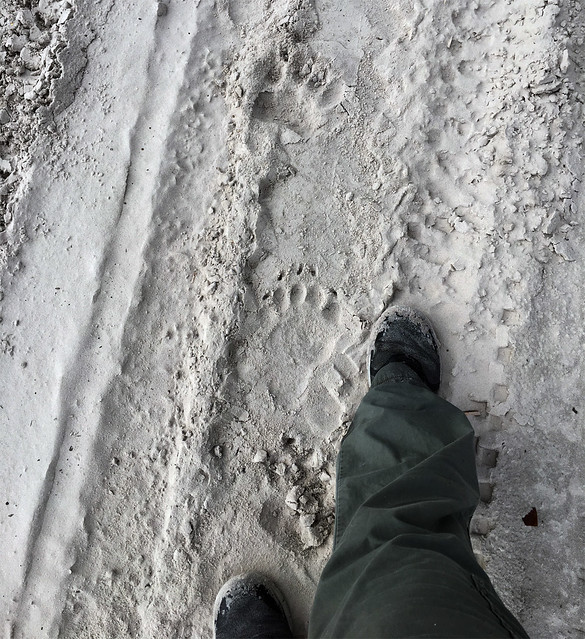 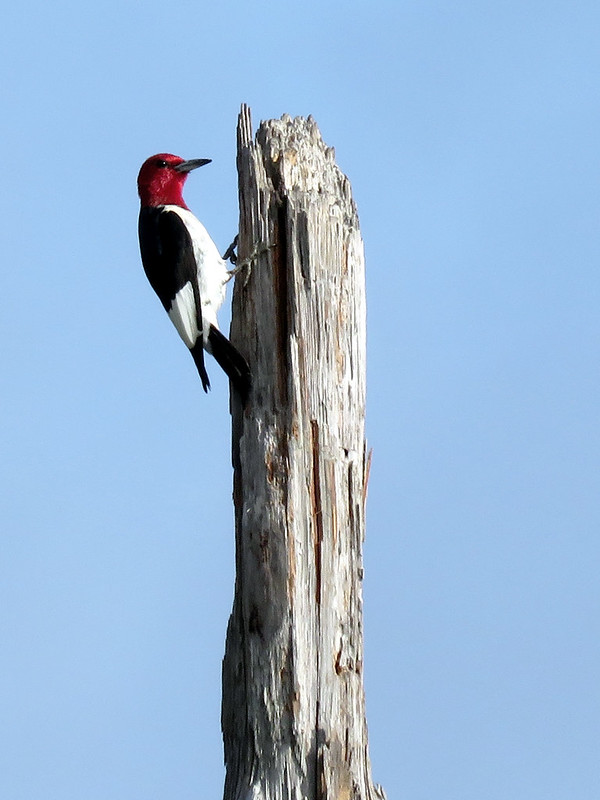 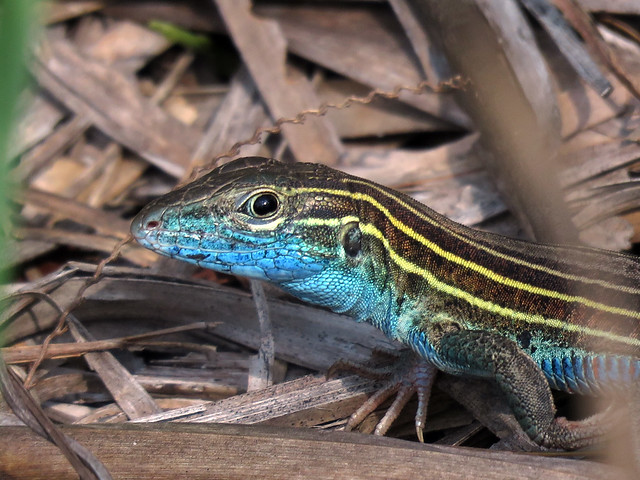 The best finds of the month were Roseate Spoonbill and Pied-billed Grebe. A birding friend tipped me off on the spoonbill and I headed out on my bike just minutes later, with sunset fast approaching. I hadn’t seen a “green” Roseate Spoonbill for years, but the grebe was a big surprise — I’ve NEVER had one in June before. Purple Gallinule, Mottled Duck, Yellow-billed Cuckoo, and Yellow-throated Vireo were all also new green birds for June listing. I was also happy to find Least Bittern at Lake Monroe Boat Ramp, and Purple Martin & Cooper’s Hawk at Gemini Springs. 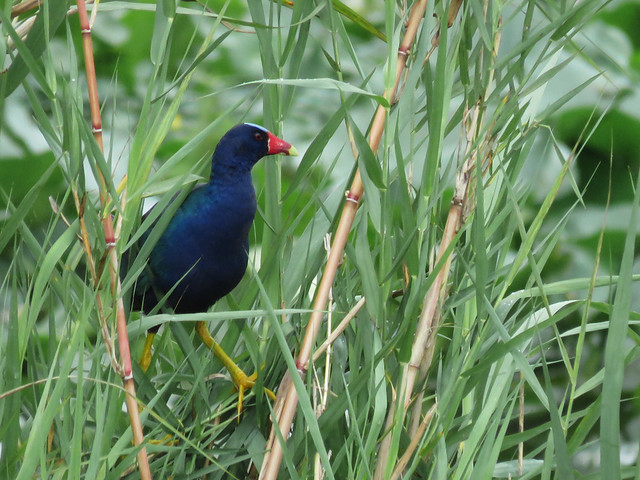 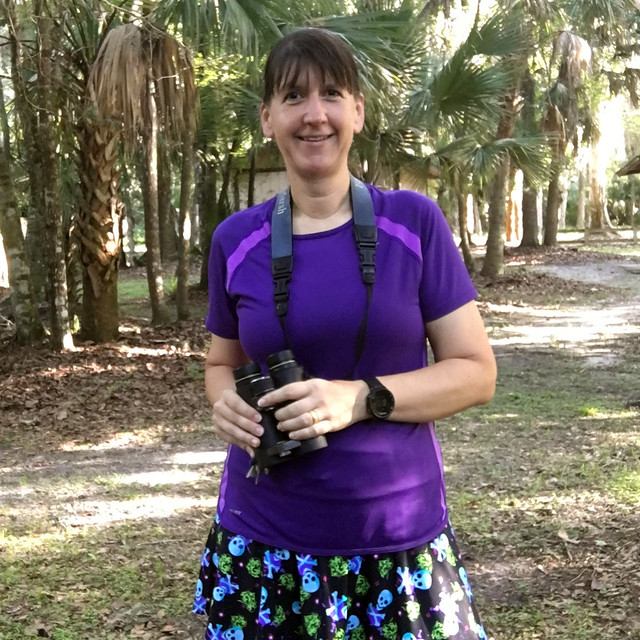 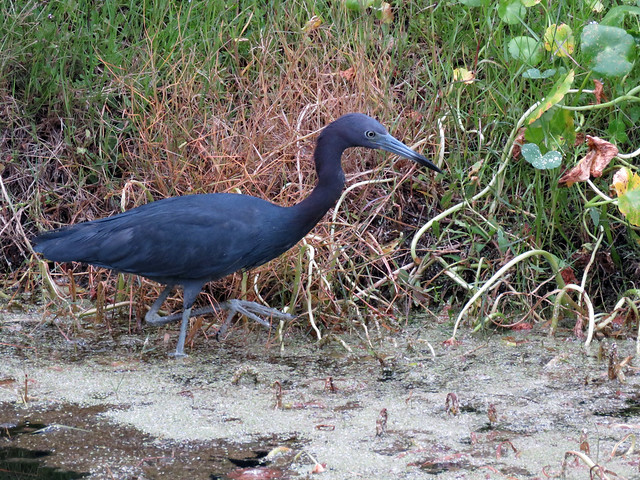 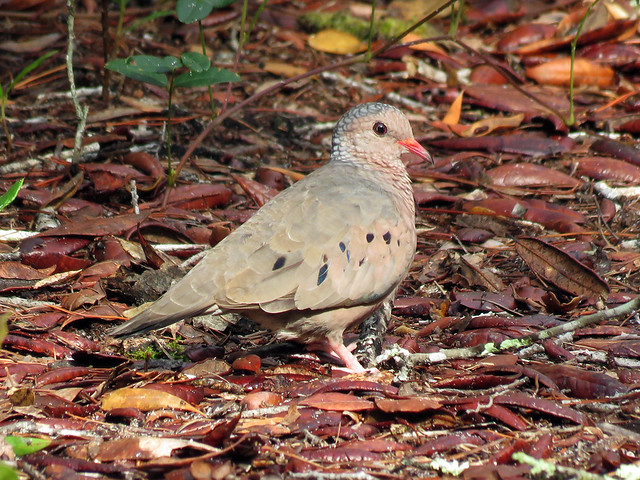 Before the month began I made a list of past “green” June birds as well as some targets I thought I might have a chance to find. There were some big misses. Wood Stork, American Coot, and Wood Duck shouldn’t have been too hard, but they evaded me. If I had gone birding at a few spots I ended up skipping, I could have probably added Bachman’s Sparrow and Common Yellowthroat. I kept hearing Common Nighthawks on early morning runs but I drove to those. Each time I biked out after dark or before sunrise I struck out. 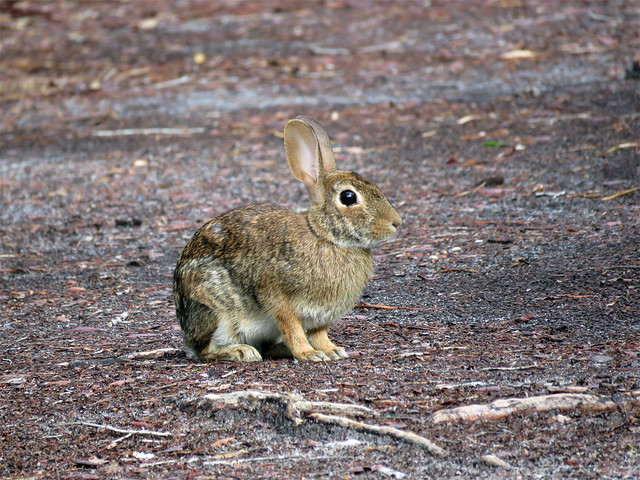 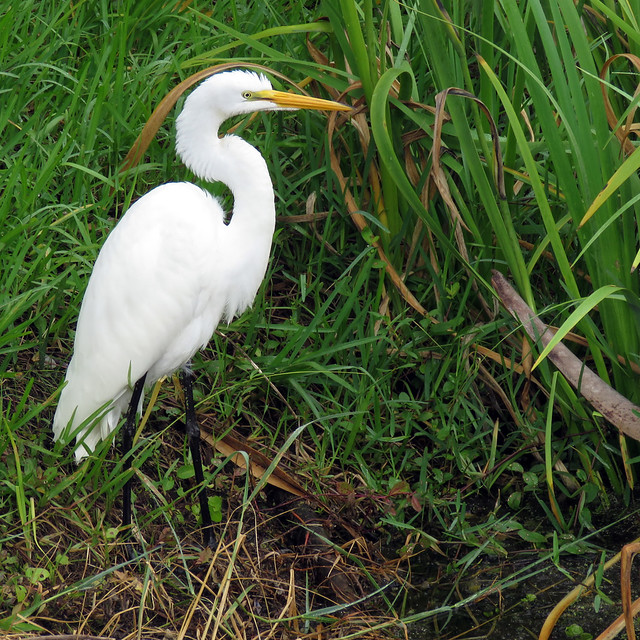 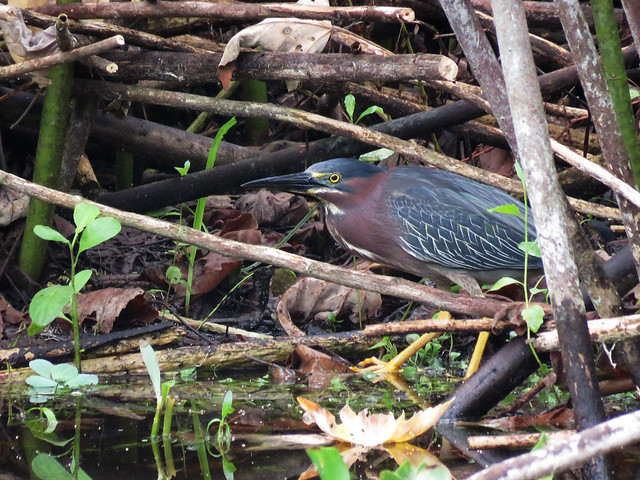 That’s it for June! In July I decided to have a running streak (where I ran at least a mile a day and ended up with 112+ total miles run, my first 100+ month!) so I didn’t get to bird too much.