I somewhat managed to balance birding with running during the first part of the year, but after a long road trip out west in August and September I had to focus on running and my time for birding really suffered.

In July I completed just 5 local bird checklists, visiting only Gemini Springs and the Lake Monroe Boat Ramp. I counted 24 species and took no photos of note.

In August we were away for just over half the month and I did no local birding at all.

In September we returned just following Hurricane Irma. I visited Gemini Springs, damaged and heavily flooded from the storm, one time. I counted 26 species. And a lot of happy little frogs. 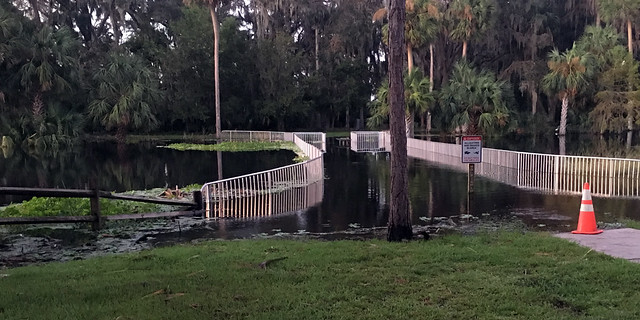 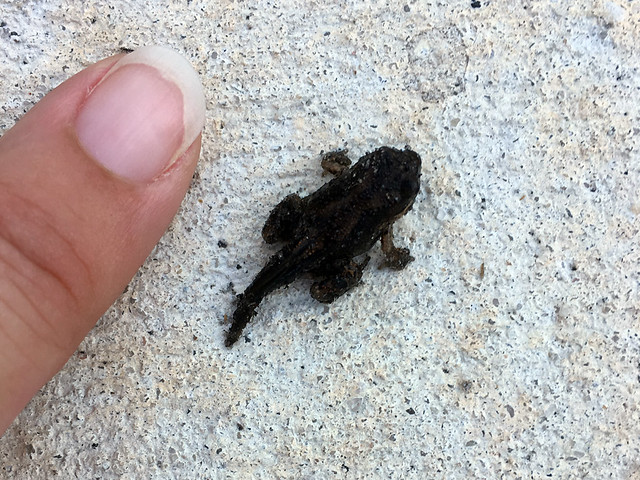 In October I got excited to look for local migrants. I recorded 11 checklists for 71 species observed. Gemini Springs and other parks along the St. Johns remained heavily flooded. The frogs were still happy; I had to watch my footing during a bunch of morning runs. 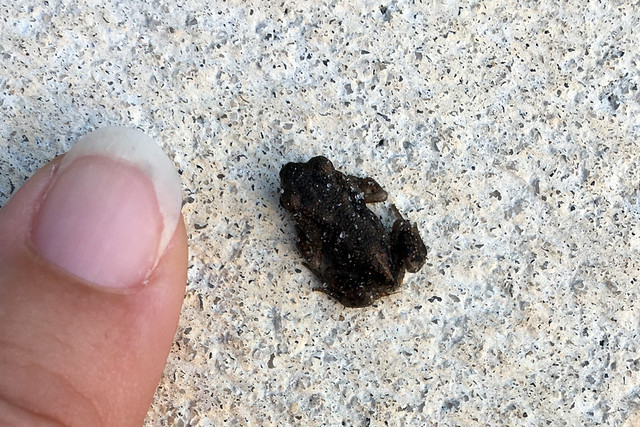 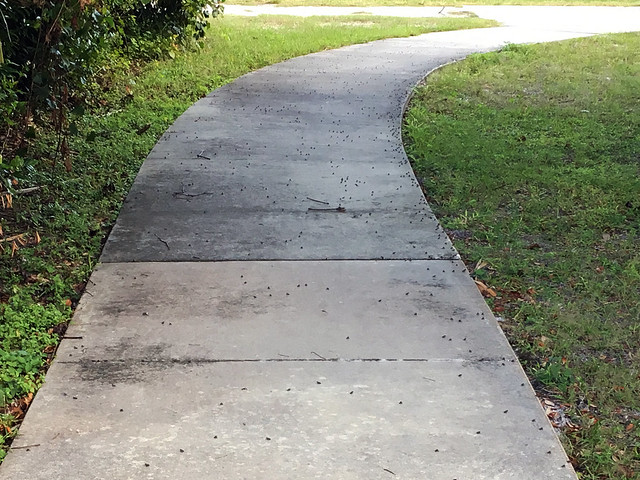 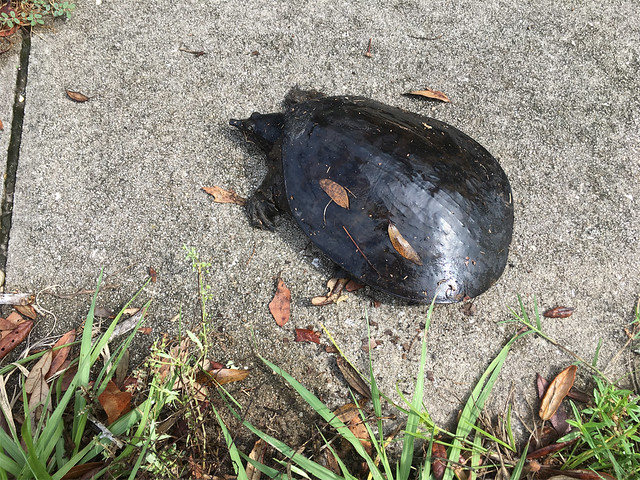 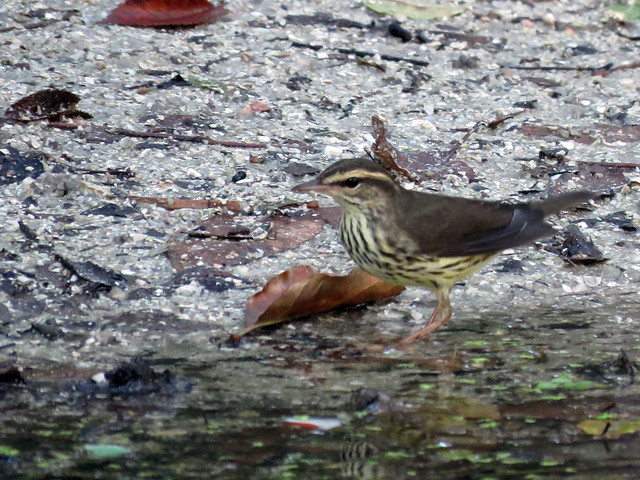 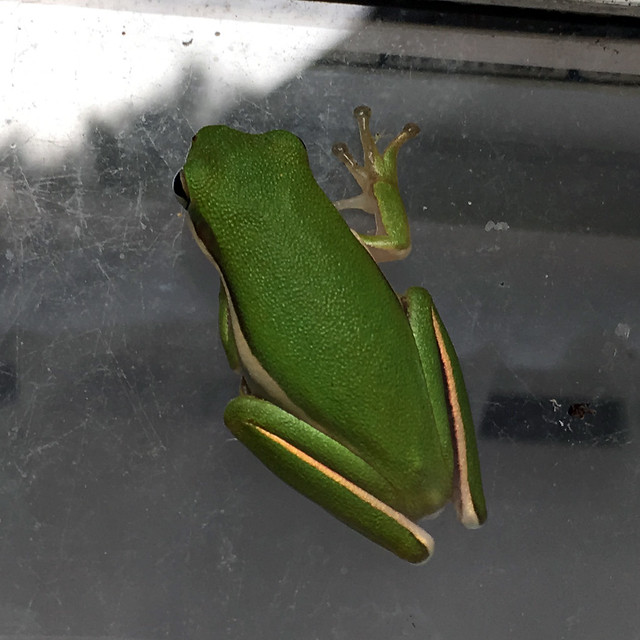 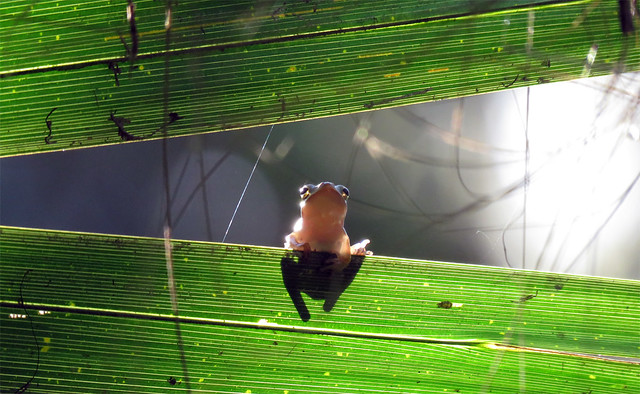 Debris from the storm lined roads in central Florida for weeks following the storm. River City Nature Park in DeBary was taken over by big steaming heaps of mulched debris. 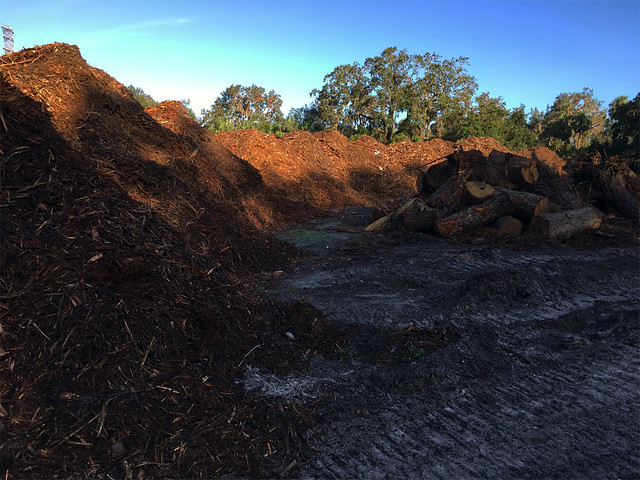 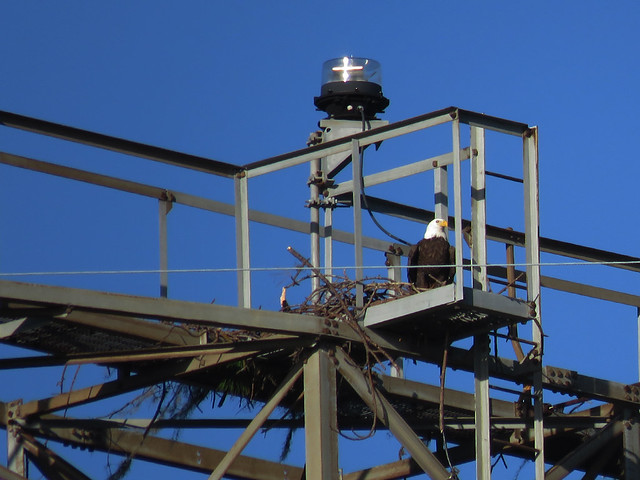 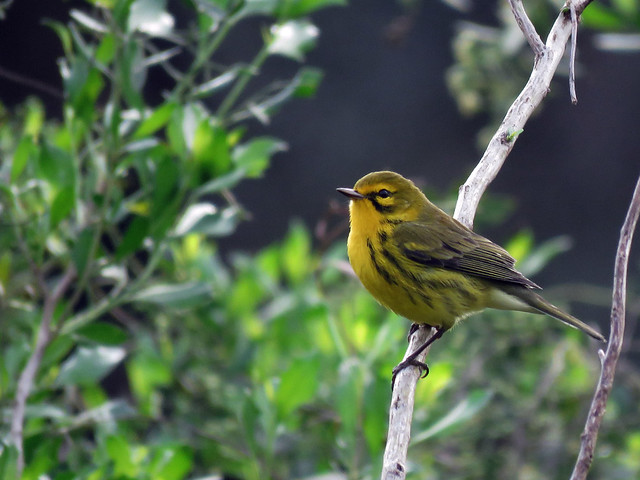 Gemini Springs was full of Prairie Warblers on 24 October 2017

In November and December I DIDN’T GO BIRDING AT ALL! Take away my birder card, I’m a fraud! I did run through Gemini Springs a few times. The water finally receded below the fishing pier and dam in December (!). 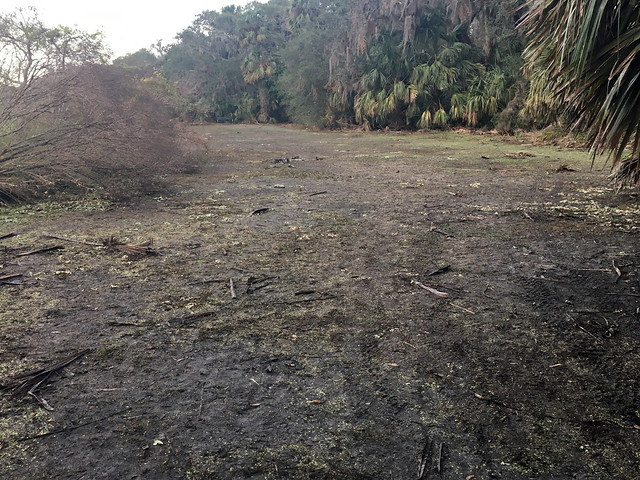 This grass field was under water for almost three months! Taken 04 December 2017 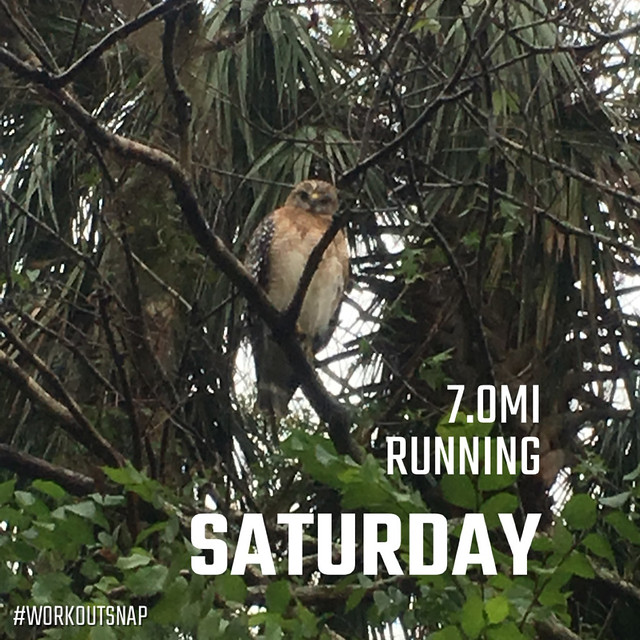 I saw a bird on a run! Red-shouldered Hawk on the Spring-to-spring Trail on 09 December 2017

Bring on 2018! I hope for a better balance between birding and running going forward. We’ll see. First — I’m Dopey!

This entry was posted in Gemini Springs, Green Birding. Bookmark the permalink.