I birded at Gemini Springs 15 times last month, where I recorded 74 species. This beats my previous January totals of 70 species in 2014, 68 in 2013, and 61 in 2012. It doesn’t feel like I made 15 visits to the park in January. I hope I can kind of keep it up, because I’d like to complete the February eBirder of the Month Challenge again. The challenge is the same as last February: complete 20 checklists at a patch. Last year I actually got a little bit sick of the same old same old at Gemini Springs day after day. Hopefully 20 lists in February will fly by like the 15 I did in January! The complete list for Gemini Springs is at the end of this post.

Since I’m so interested in my green birding list, I’m going to expand these monthly reports to include other green birding that I did during the month. In January I saw a total of 90 species without the aid of fossil fuel. Besides Gemini Springs, I also visited Audubon Park in Deltona twice, plus I made stops at Lake Monroe Park in DeBary and the Lake Monroe Boat Ramp in Enterprise. I found a few more birds during on a long bike ride around Konomac Lake mid-month. And I picked up a handful of species at home, too.

Here are some photographic highlights of my January green birding in southwest Volusia County.

For Christmas Arthur and I got a set of trailers to tow our kayaks with our bikes! We took them out on January 1st for a nice paddle at Gemini Springs where we picked up some trash and got a bunch of FOY (first of year) birds from the water. 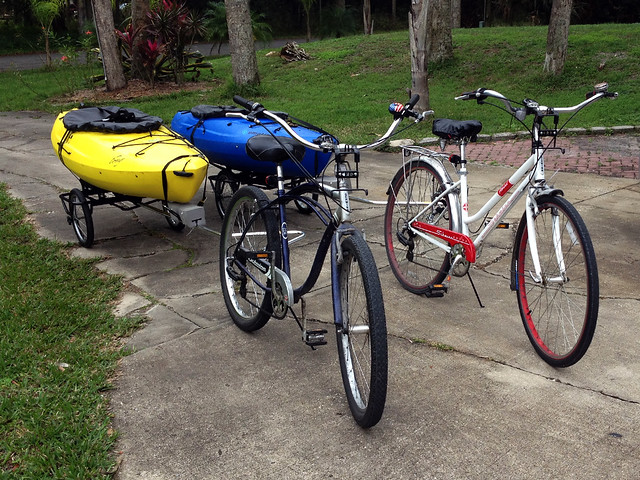 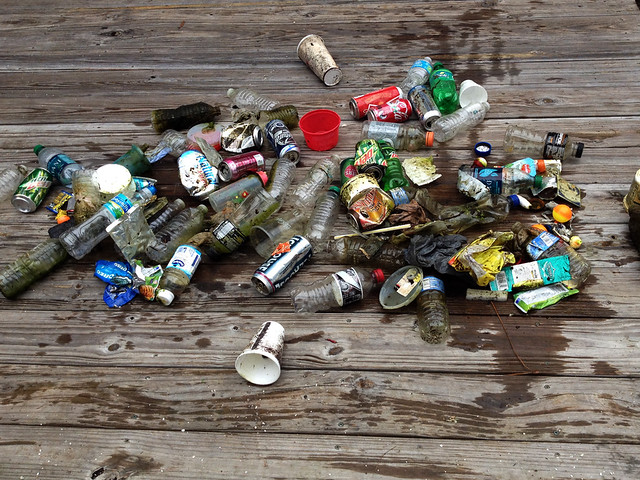 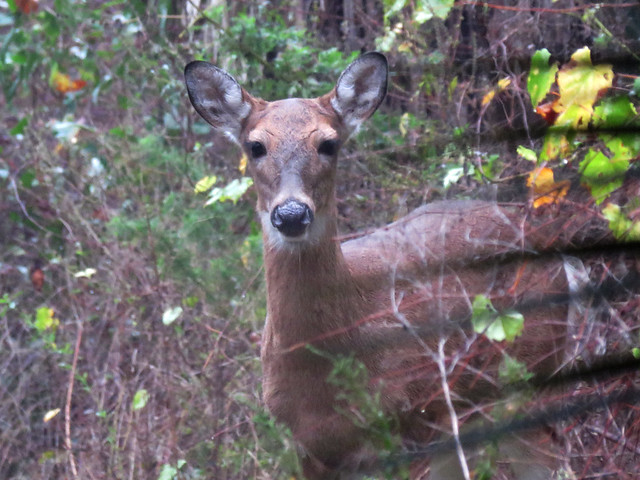 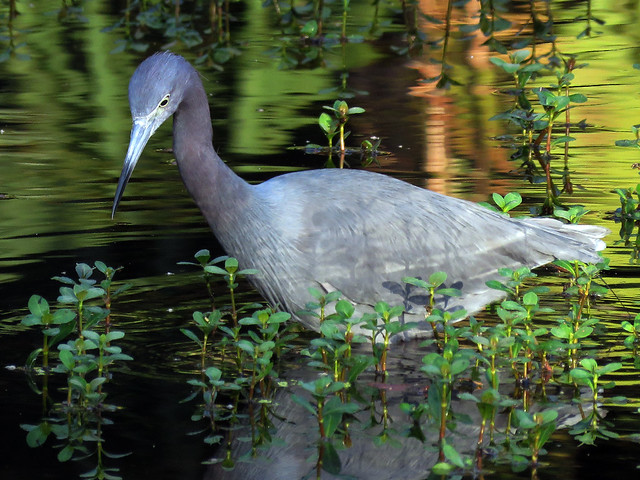 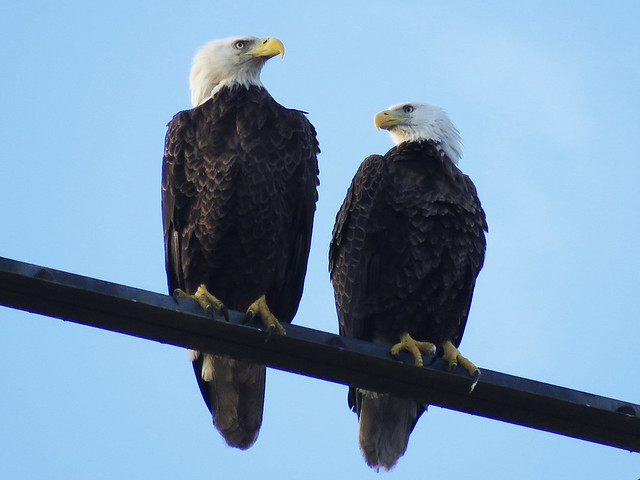 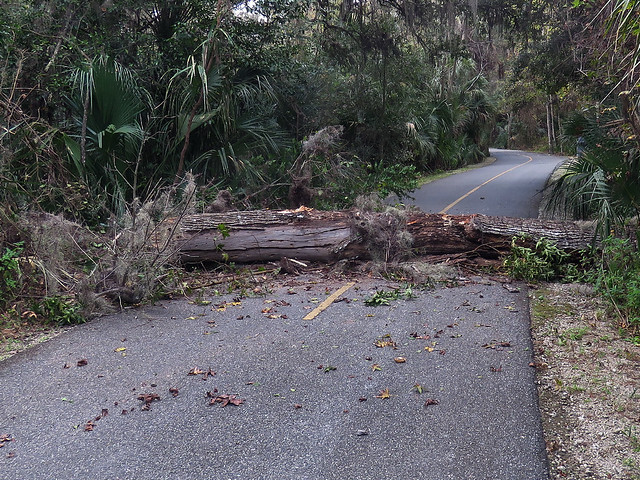 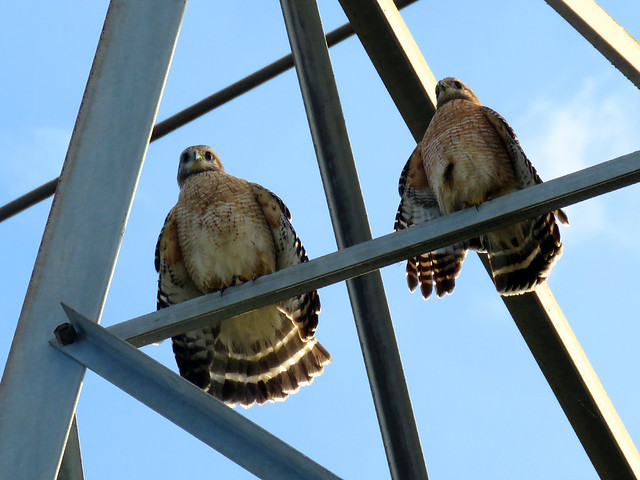 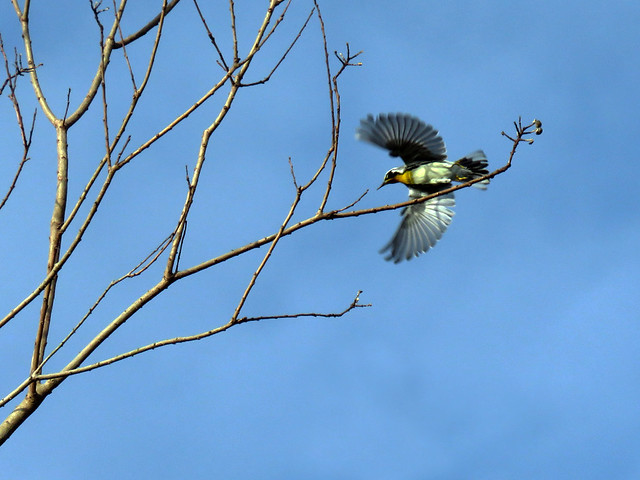 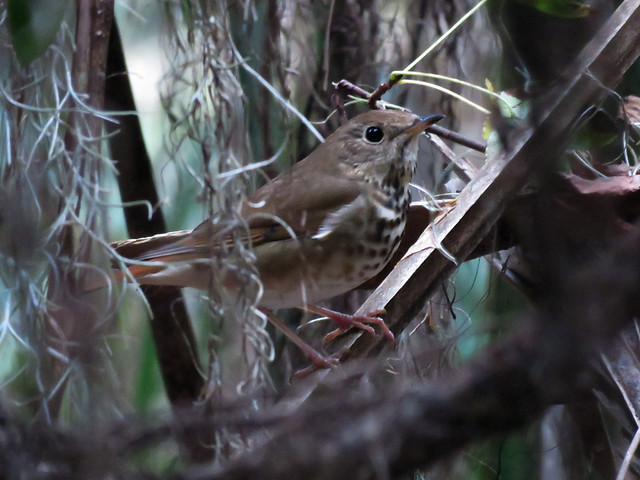 On January 16th I joined the West Volusia Audubon walk at Audubon Park in Deltona. I was super happy to see a pair of Eastern Bluebirds there, especially since I totally missed this species on my 2014 green list. 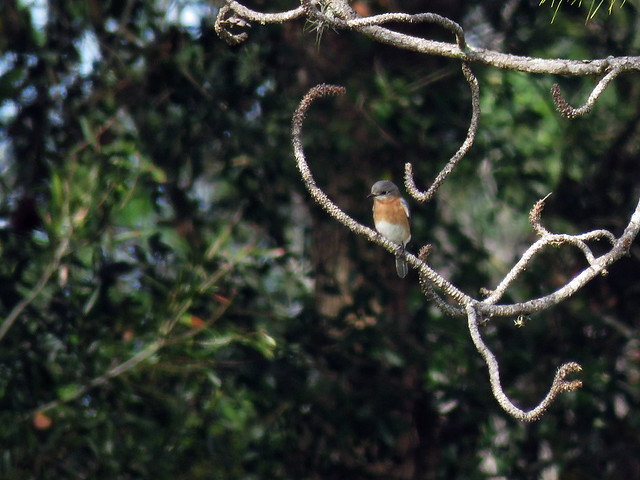 The following photos remind me of someone we used to go birding with back in Illinois. This guy would often remark that a pair of different birds standing together were providing a “good comparison” in case people ever got them mixed up. Except he would say this, in humor, even if the birds were as different as an American Robin and a Mallard! But these two photos really are good comparison shots of two different species that people actually do often mix up. Ah, I miss that old bird club. 🙂 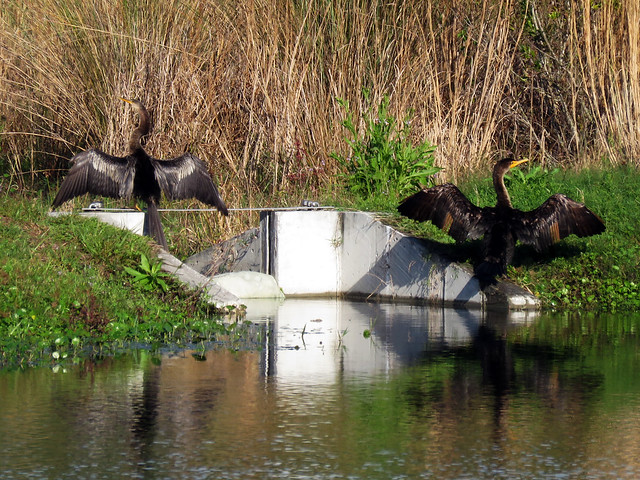 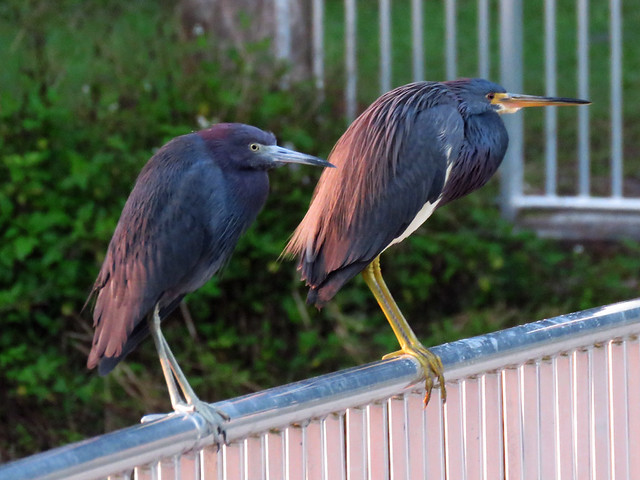 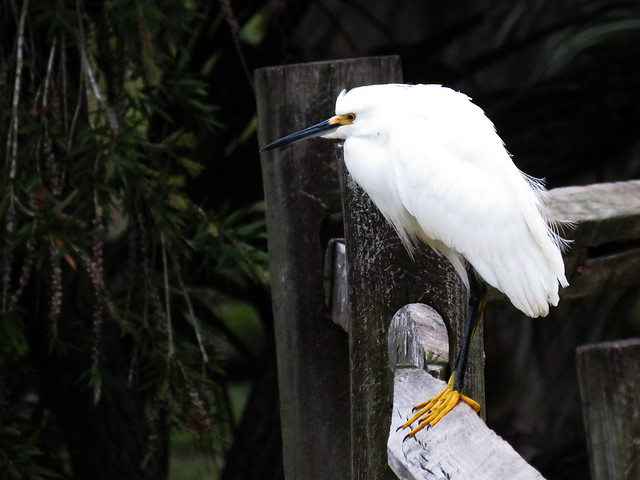 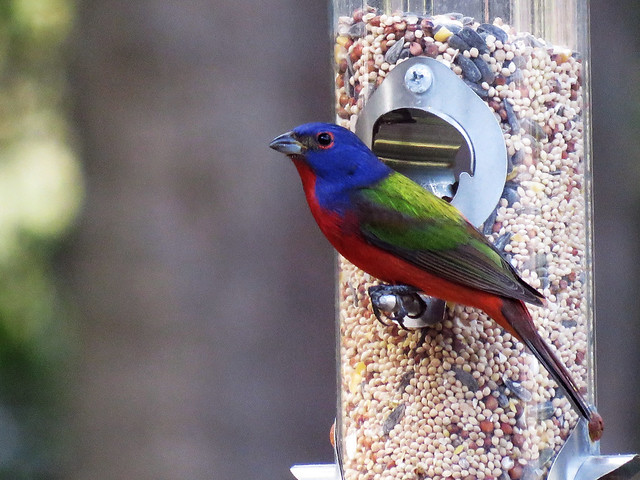 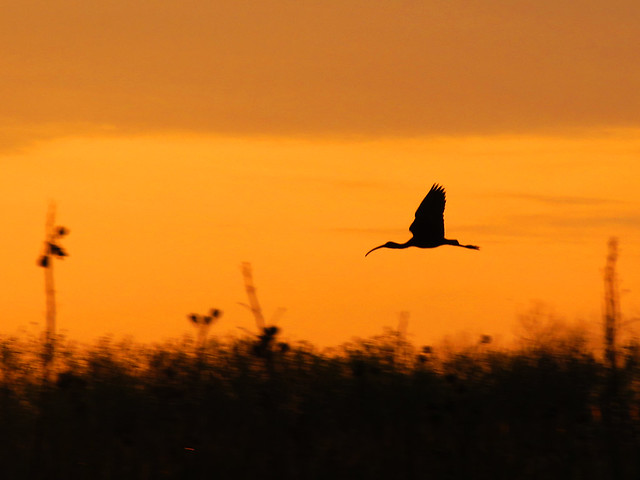 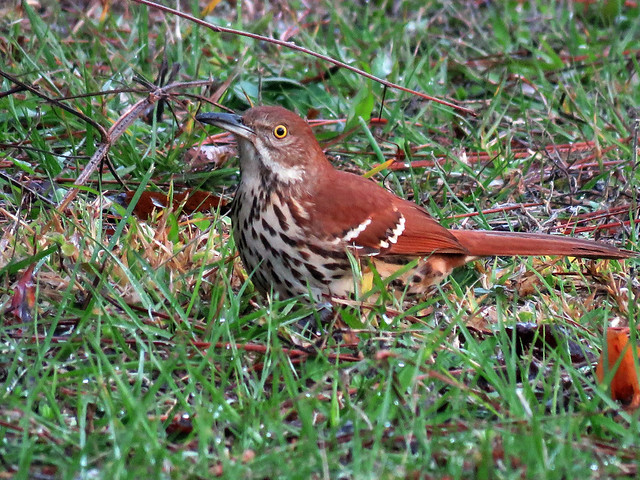 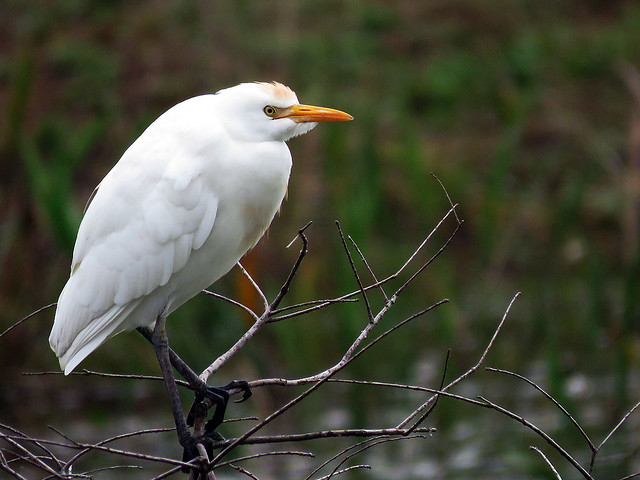 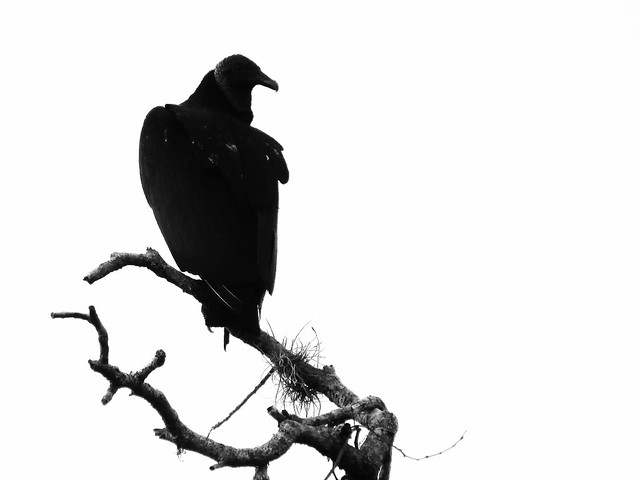 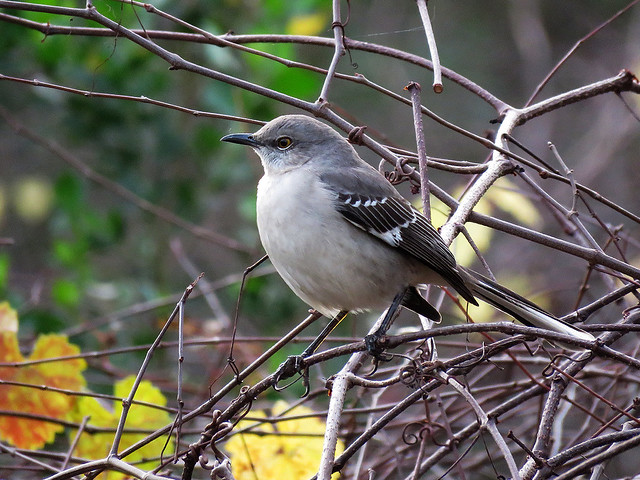 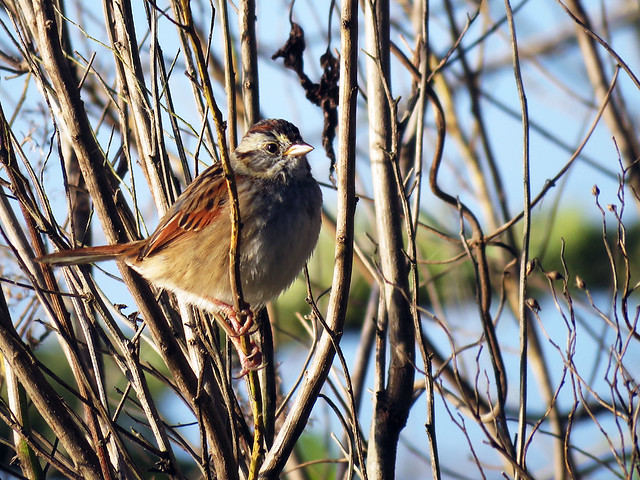 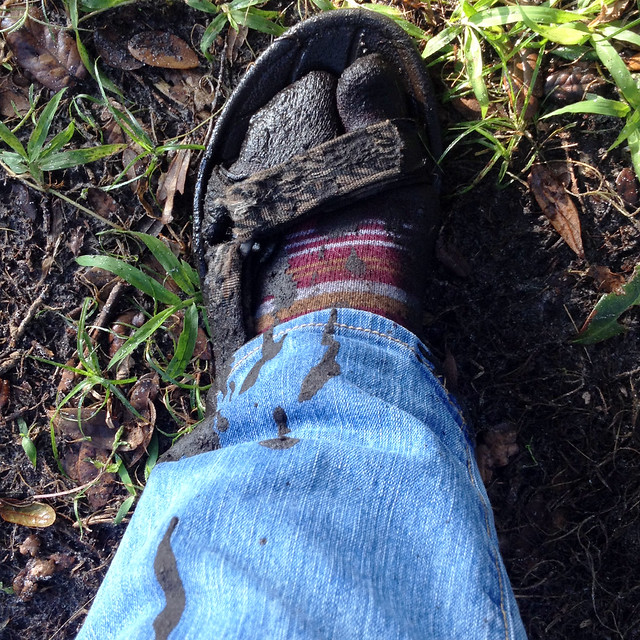