On January 3rd Arthur and I joined in the Ponce Inlet CBC for the first time. The count seems to be heavily associated with the Southeast Volusia Audubon Society; it was our first time joining this group in any way. We had a lot of fun!

We were assigned to join Dennis and Barb, who were working their part of the count circle for the second year in a row. Thanks to the scouting work they had done in the previous week, we were able to find some good birds. We were happy to see some parts of our county with which we were not previously familiar as well. In the end, though, the best bird of the day was much-wanted county lifer well outside of our count area.

Here are some photographic highlights of our day of bird counting for the Ponce Inlet CBC!

We did a lot of birding-by-car through large subdivisions in Port Orange. We started out at the entrance of a development where one of our first birds was a group of Eastern Bluebirds. Incredibly this was a species I managed to miss in the county during 2014 completely, so I was happy to add it to my Volusia list so early. 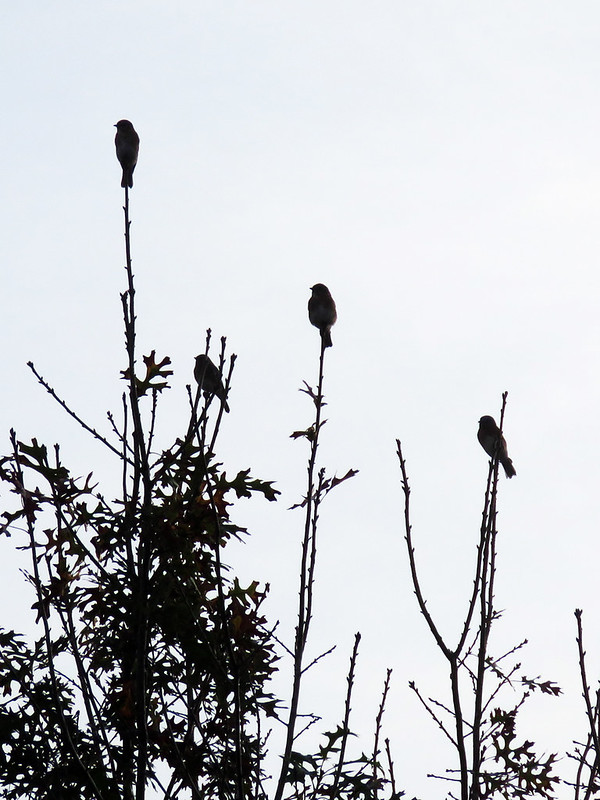 Late in the morning we visited Coraci Park in Port Orange. Our target here was Eastern Meadowlark. When we arrived, there were several cars parked on the dead-end road outside of the gated park. It was not clear why the county park’s gate was closed, but there were several people enjoying the park’s amenities, despite the gated entrance. One visitor walked with a loose dog, ignoring the “No Pets Allowed” signage. 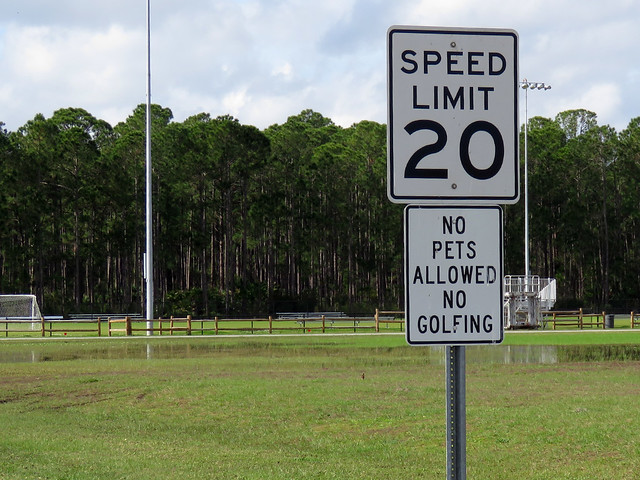 As we looked for the elusive meadowlarks in the park, Arthur and I heard the birds singing their unmistakeable song across the road. We continued to look and found a distant bird outside the park boundary. Meanwhile, the dog-walker left the park. Almost immediately after he and his dog got into their car, seven Eastern Meadowlarks flew in to a mowed area inside the park boundary. I was especially excited to see this species as it was another that I completely missed during the previous year. 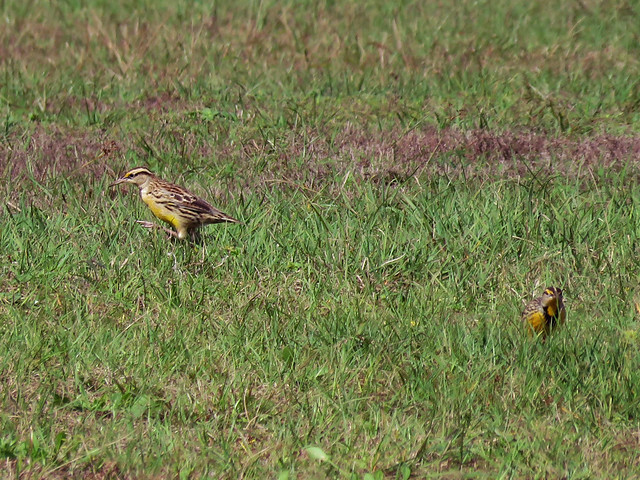 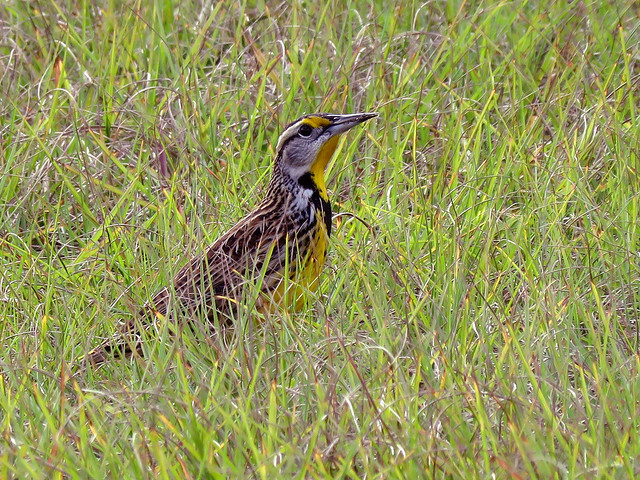 While we were enjoying the nice looks at the feeding birds, another jerk with a dog started to walk into the park. Upon seeing our party of four intently staring at a seemingly empty grass lawn through our binoculars, he asked what we were looking at. After a beat no one had spoken, so I said, “we’re looking at the no pets allowed sign.” I was livid and I couldn’t help myself. The birds seemed less spooked by this ass’s dog (maybe because it was leashed, unlike the previous dog) and didn’t fly off as he continued into the park, past us and the sign, with his dog. He said something flip like “must be an interesting sign” or some such B.S. Oh man, I was so mad! It felt a little bit good to have at least said something. I am so not built for confrontation. 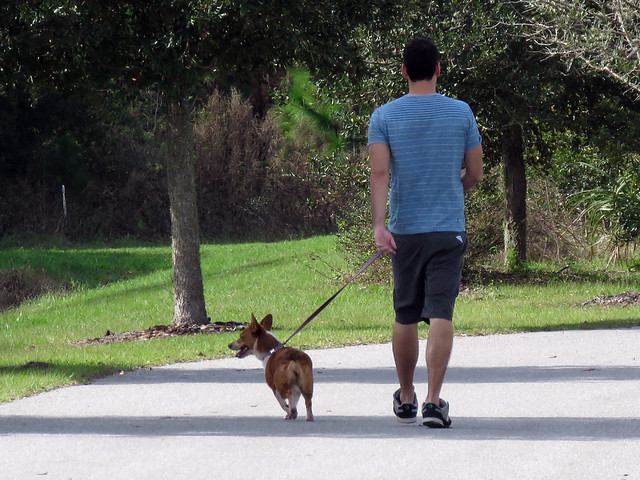 An ass and his dog

In the unseasonable heat we had a little stroll here and added some more birds to our list for the day, including another pair of Eastern Bluebirds.

After lunch we visited Cracker Creek, where we walked a fairly birdless trail in a fruitless search for woodpeckers or pretty much anything else. Dennis had parked the car in an open area where we watched a Gopher Tortoise for a moment before setting off on our walk. When we returned to the car, we were all shocked to find the windshield cracked along the driver’s side. After some thought and investigation, foul play was ruled out. Our best guess was that a pine cone fell from the trees above and hit the windshield at a most unfortunate angle. What a lousy bit of luck! 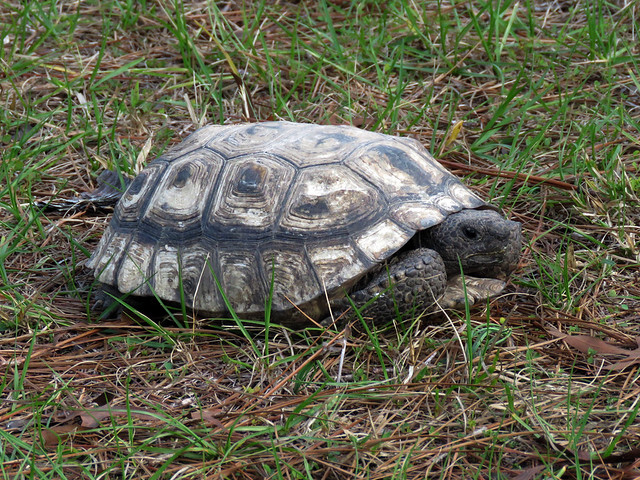 Our potential witness was nowhere to be found when we returned to the car.

In the late afternoon we returned to the subdivision where we had started our day. There was a lot of activity in a retention pond, so we headed to a bench along the water to take in the action. We saw a large concentration of waders here, plus at least three Bald Eagles flying about and overseeing the area. It was a nice way to wind down from the day of running around counting birds. We saw a Great Blue Heron struggle with a big fish (he managed to eat it). Dozens of Cormorants swam in the pond, all actively fishing. 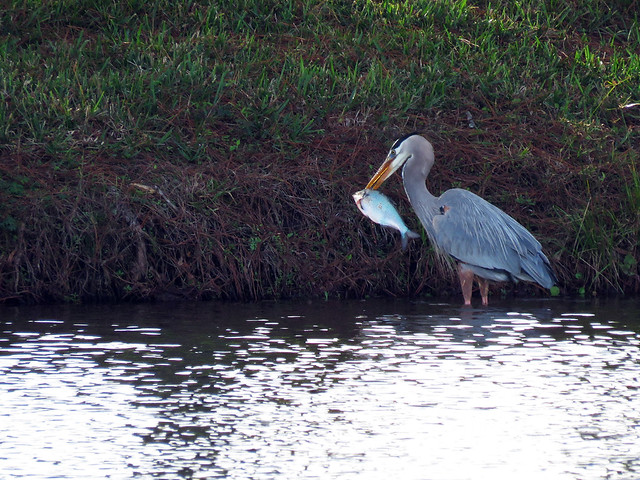 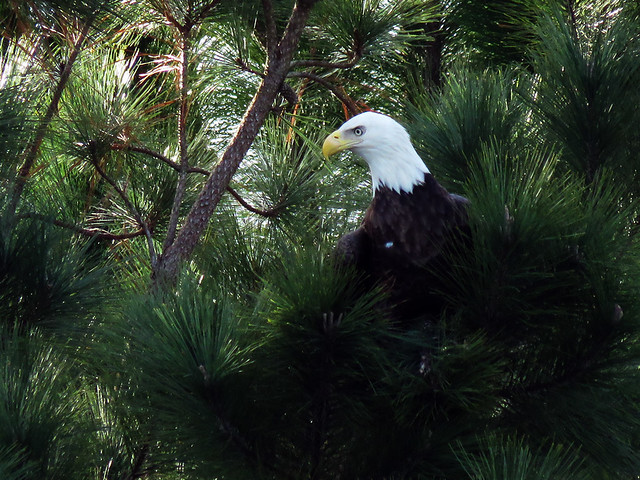 After a short rest nearby at Dennis and Barb’s house, we headed back to the morning’s meeting place to pick up our own car and head to the CBC dinner. Upon our arrival at the parking lot, Arthur shouted out that there was a group of frigatebirds flying overhead. What the what?! I saw them right away, but I couldn’t wrap my head around what I was seeing. A group of five Magnificent Frigatebirds?!? In Volusia County?! That’s not possible! Magnificent Frigatebird was one of my most-wanted county birds — rare sightings usually consist of single, unchaseable birds. A group of five was completely unheard of so when I first saw the unmistakeable silhouettes of five frigatebirds riding the thermals overhead my mind tried to turn them into anything else. Once Dennis got the car parked and we all jumped out, I could no longer deny that there was a freaking FLOCK of freaking Magnificent Frigatebirds gracefully floating above us right there in New Smyrna Beach, Volusia County. 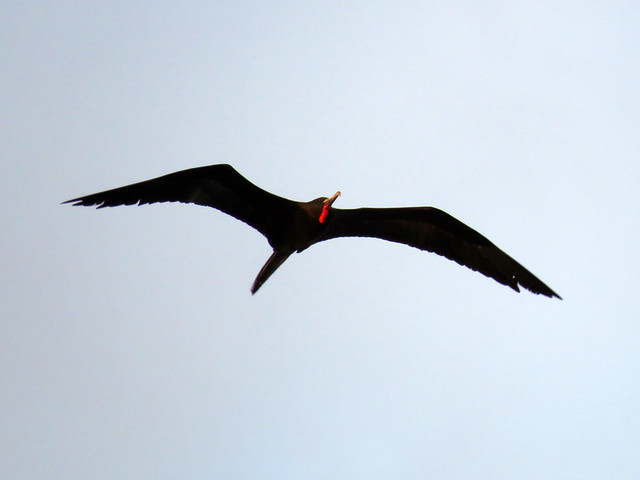 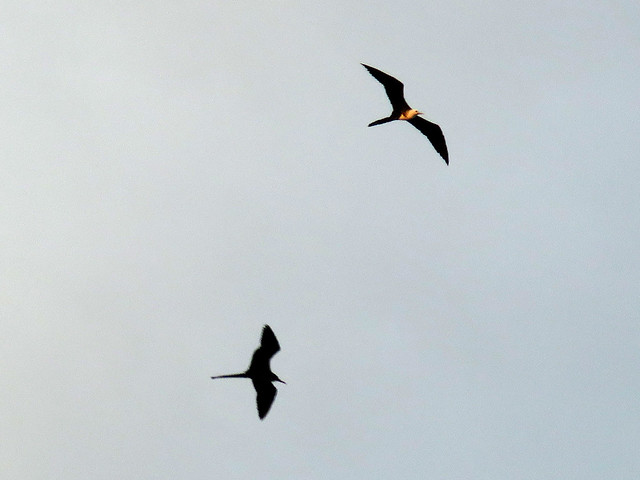 When we met up with the count group at the restaurant, I asked the trip leader who was responsible for the count area at the meet-up parking lot. We arrived fairly late and I thought we might have been the only lucky S.O.B.s to see the frigatebirds. But the reply to my query was simply, “oh, did you see the frigatebirds?!” so I knew the birds had been seen by others. In fact, “Magnificent Frigatebirds” was being whispered among our group the entire time. It seems this species was “most wanted” by more than just me. 🙂

This entry was posted in CBC, Volusia Birding. Bookmark the permalink.