Here are some of my photographic highlights from green birding around southwest Volusia in January! 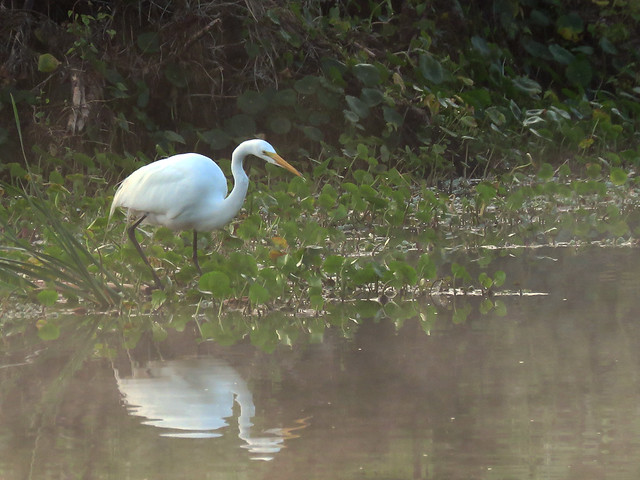 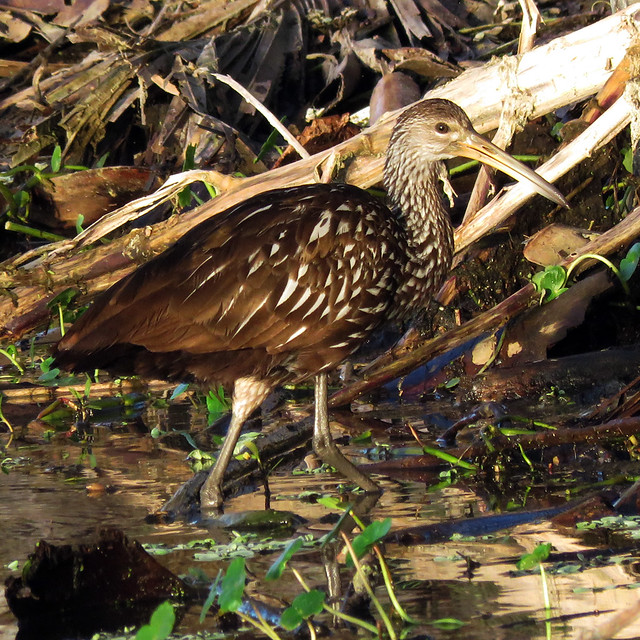 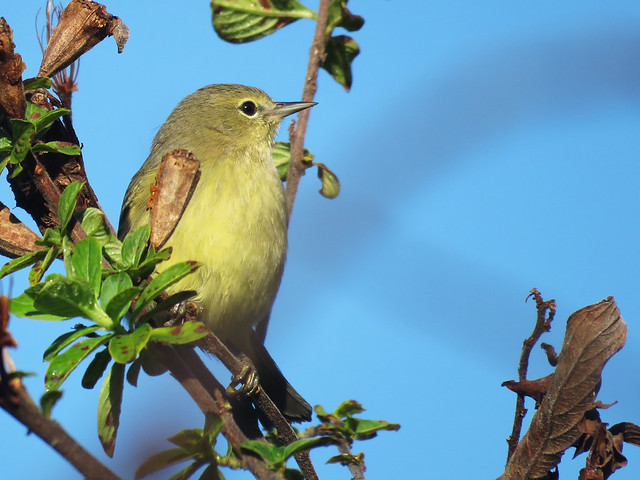 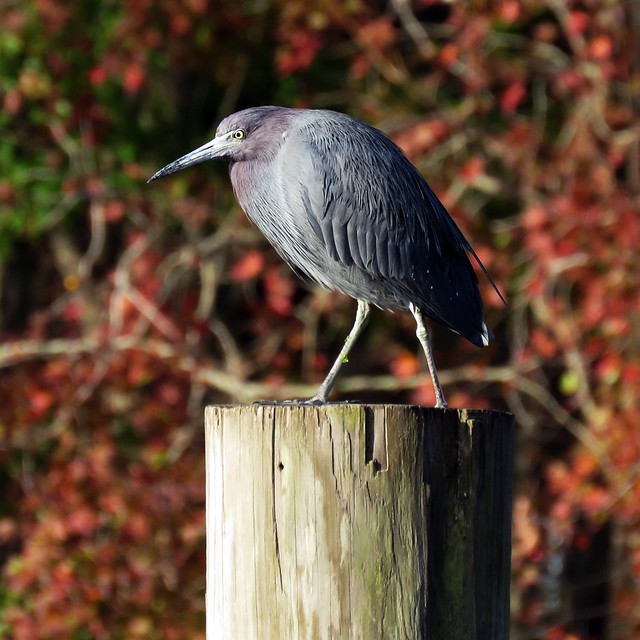 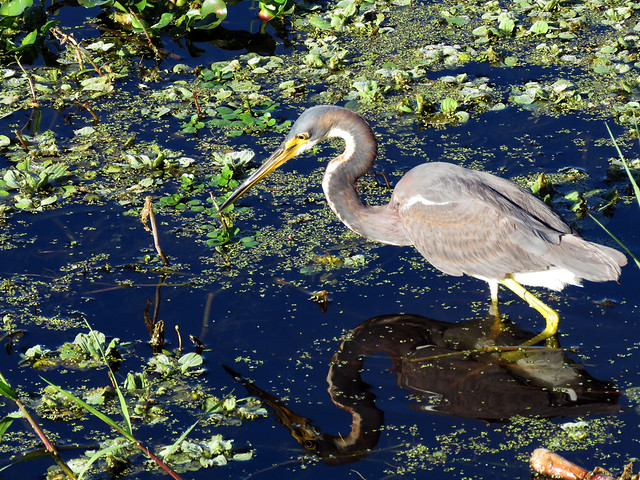 On January 15th Arthur and I brought our kayaks to Gemini Springs on the back of our bikes and kayaked along the bayou for a few hours. We saw surprising numbers of waders. I was able to add Green Heron during the trip, and we picked up a trash bag full of garbage from the waterway. 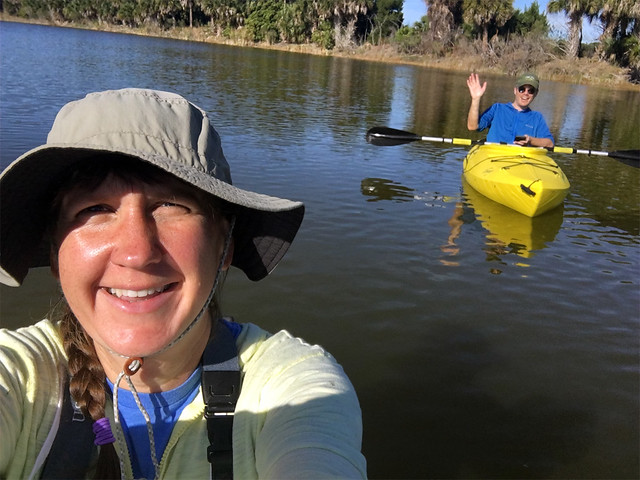 On January 17th I biked out to the Quail Lakes Powerline trails next to the power plant in northwest DeBary. I had a few targets: Florida Scrub-Jay, Red-headed Woodpecker, Eastern Towhee, Northern Bobwhite, and Common Ground-Dove. I found all of them except for Bobwhite, plus I found two bonus birds — Brown Thrasher and Eastern Bluebird — on the outing. 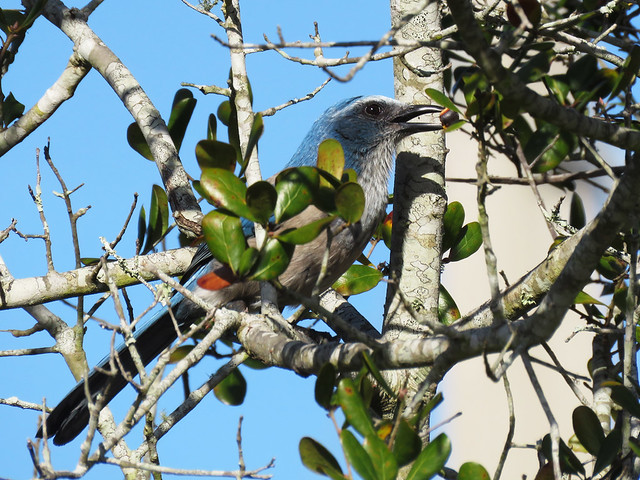 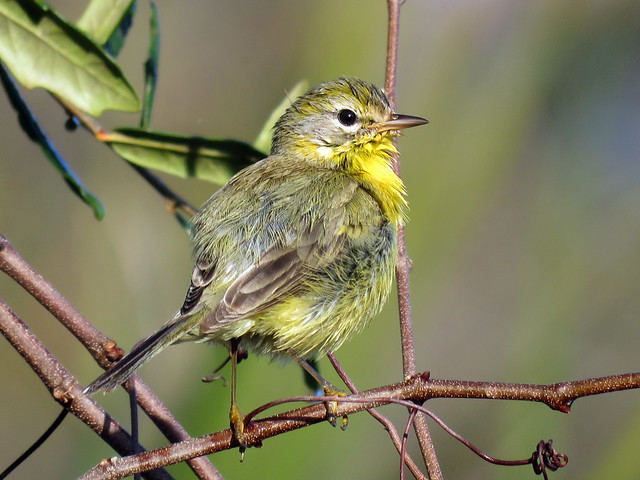 Unexpected birds are just the best, aren’t they? I was birding around a bushy area of Gemini Springs where Yellow-rumped Warblers are usually plentiful. I had just moments earlier thought about how I’ve rarely found anything but tons of butterbutts in this area, when suddenly I saw a sparrow. I’ve been having a hard time finding any sparrows at Gemini Springs as compared to other years, so I was pretty stoked to find a sparrow of any kind… But zoinks, this wasn’t one of the usual expected sparrows. It was a White-throated Sparrow, not super rare but new for my Florida list and an exciting, totally unexpected find. 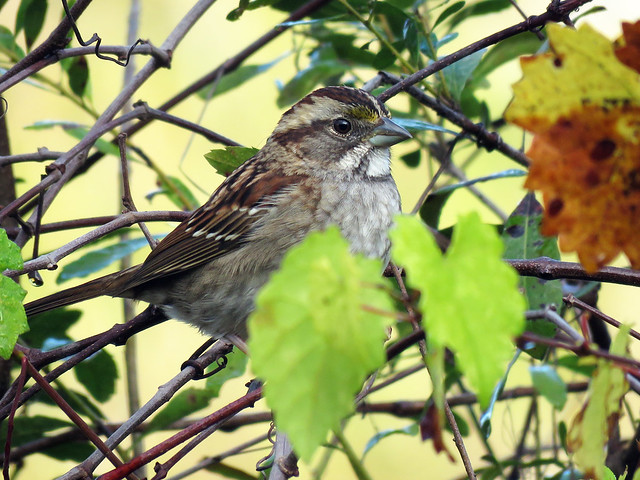 On the 31st I biked out to a couple of small local parks, where I added Mallard and Ring-necked Duck to my green list. I also walked around Dewey Boster Park in Deltona hoping to find a two targets, White-winged Dove and Eurasian Collared-Dove. I got the -winged but not the Collared, and also added House Sparrow and European Starling. 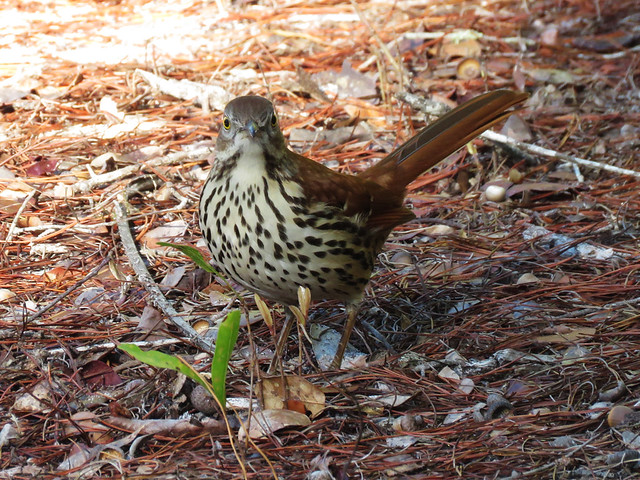 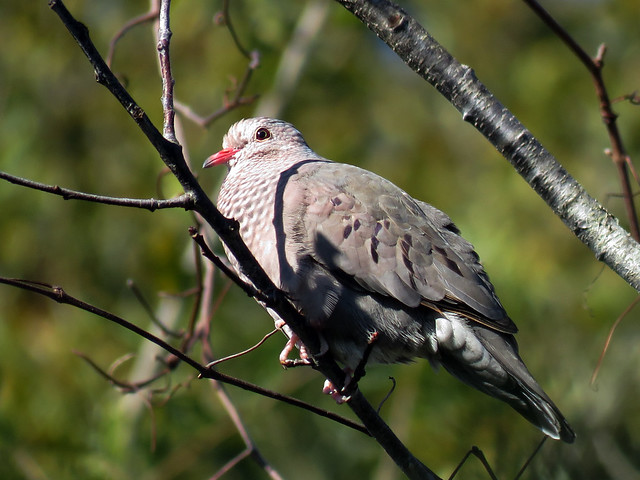