For March 2017 I recorded 84 species over 28 checklists for my Green Birding List. Last time I kept a Green List for March was in 2015, when I recorded 97 species (whoa).

Here are some photo highlights… 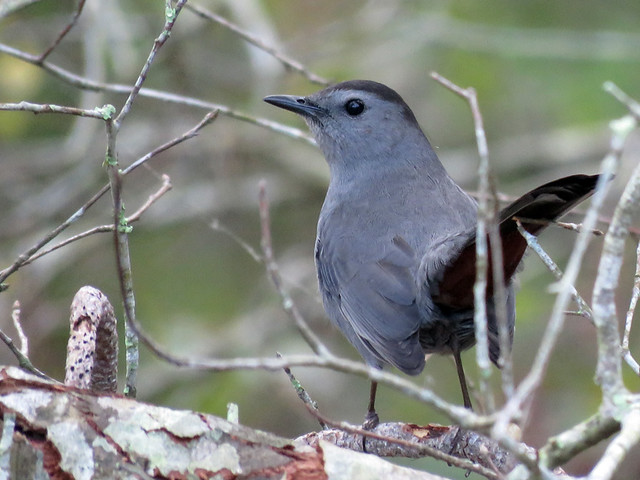 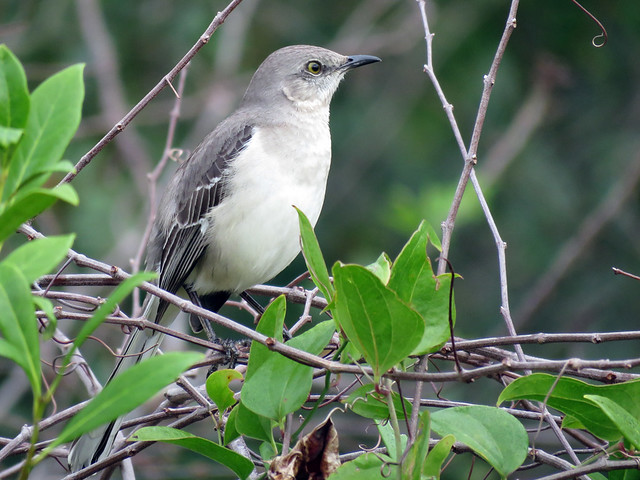 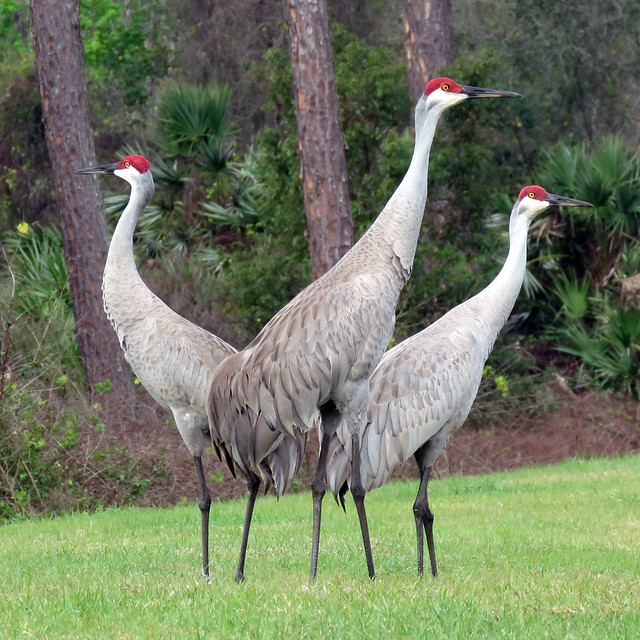 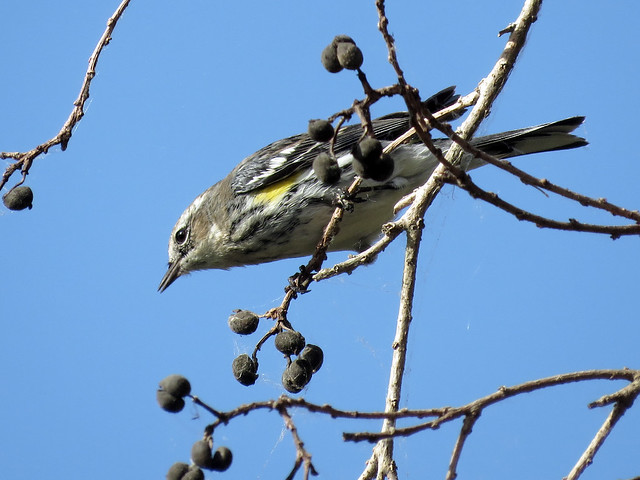 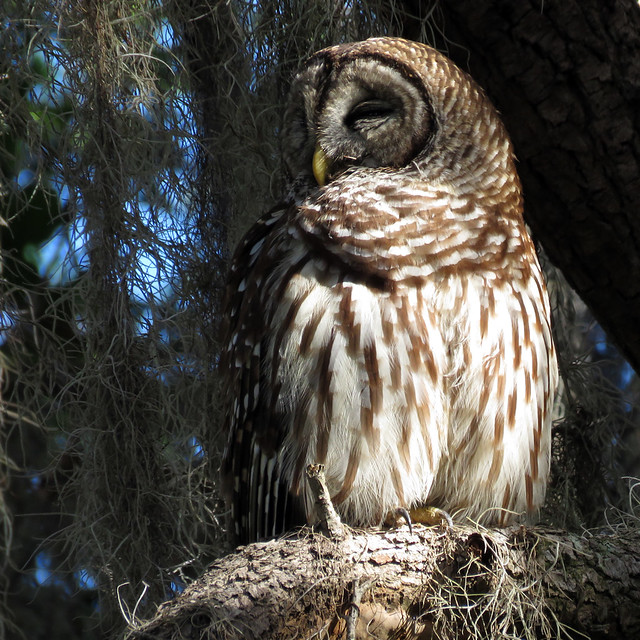 On March 11 I had a long outing at Gemini Springs. I watched this deer for a while and snapped some photos when she seemed to be a bit relaxed. After she bounded off I waited for a few moments to see if she had any companions. When I finally started walking again another deer came bounding out and followed her off the path. He had a small rack. Later, as I passed the area where they had crossed, I looked over to see if I could spot them in the woods. The female was nuzzling the male and it was a very sweet scene. Aww. 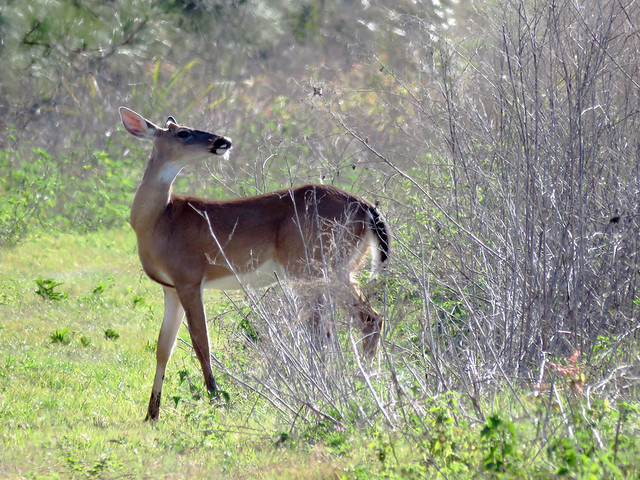 Several times during the month I headed to Gemini Springs in the evening to try to find a better bird for Bird-a-Day (meaning something I can’t expect to find in the backyard). On March 14th I had a quick spin around the park (and used Sora for my B-a-D) and was delighted to find an otter frolicking around the bayou. I’ve only seen an otter at the park one other time. 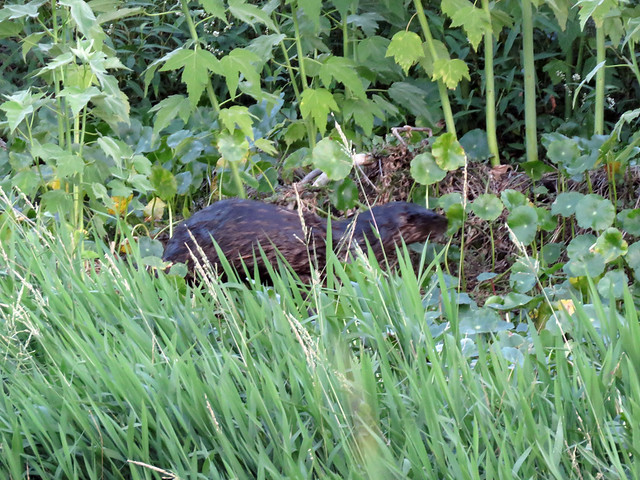 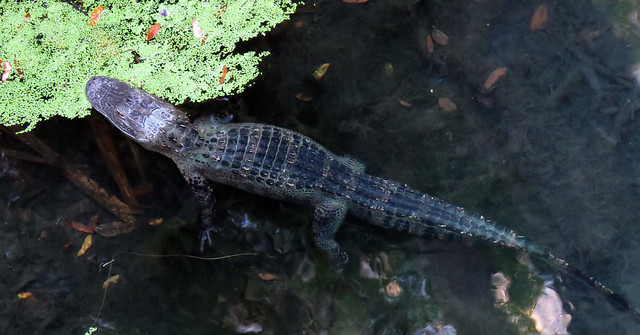 On March 24th I took the long bike trek out to the pedestrian bridge over 415 in Osteen over the St. Johns to look for Eastern Meadowlarks and Purple Gallinule. I found several singing meadowlarks and three gallinules. I also got my FOY BIGBY Barn Swallows. 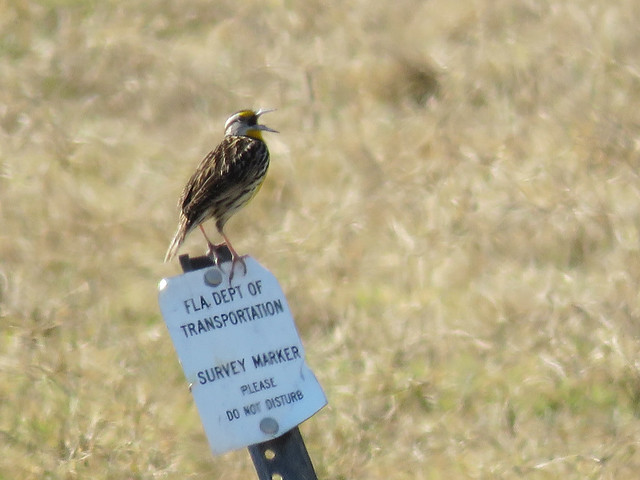 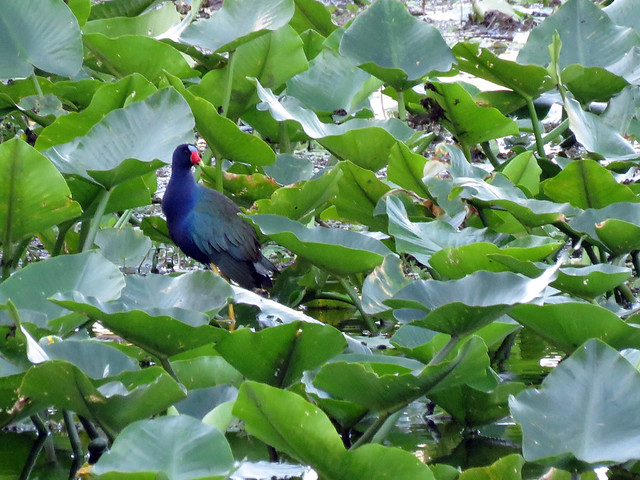 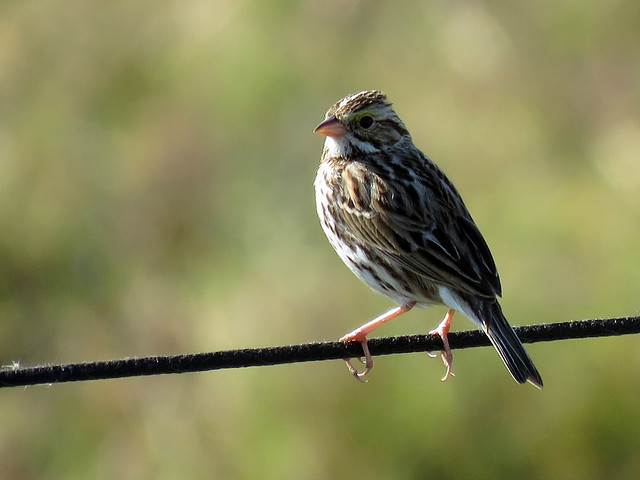 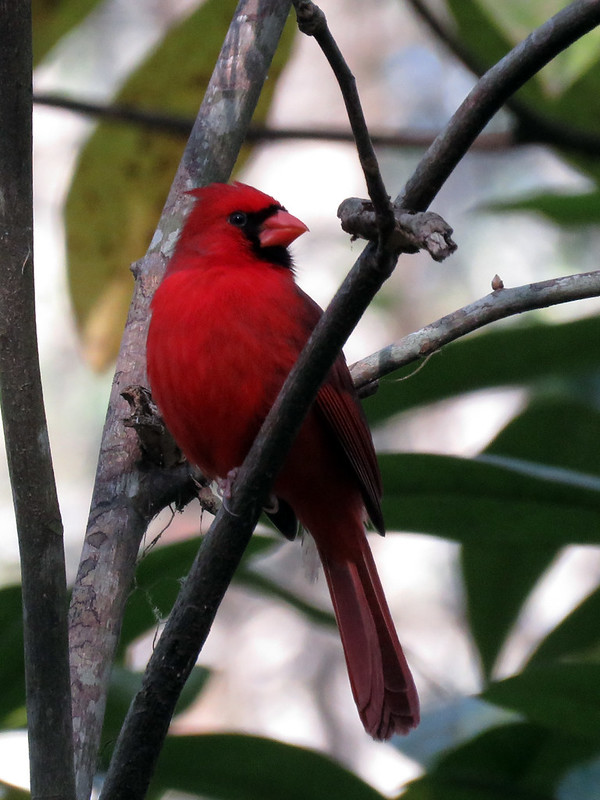 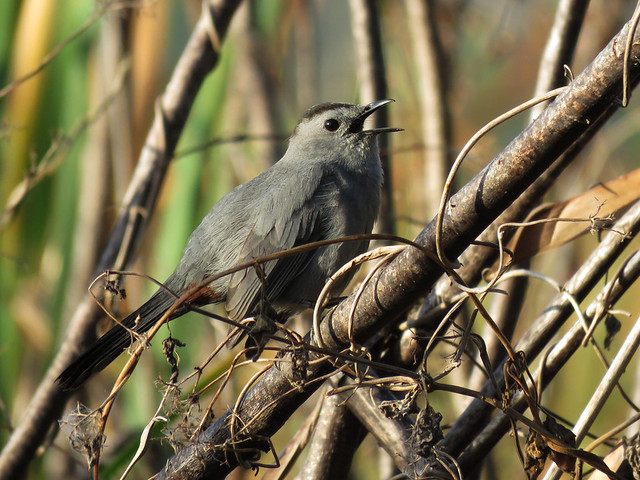