We stopped at Gumbo Limbo on our way down to Lauderdale-by-the-Sea. Gumbo Limbo is a turtle rehabilitation and research center as well as a nature center. They have an impressive setup of tanks holding all kinds of marine life. There are viewing platforms above the tanks and windows below for visitors to peer inside. They also have a permanently injured, non-releasable resident sea turtle in one of the tanks. 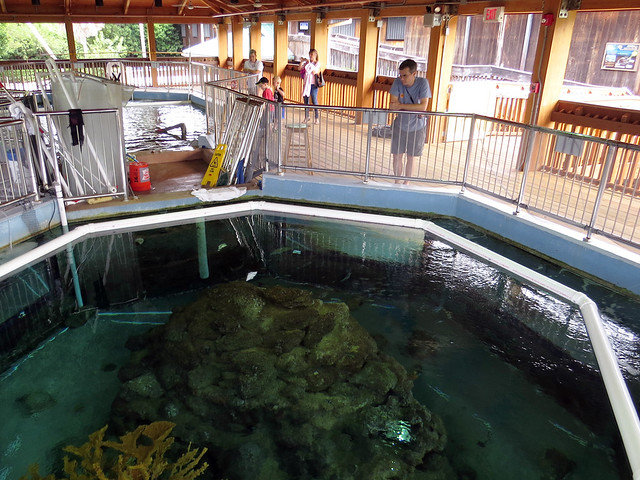 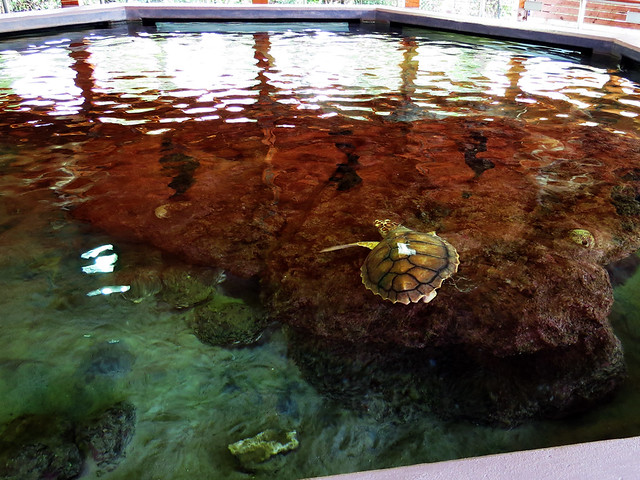 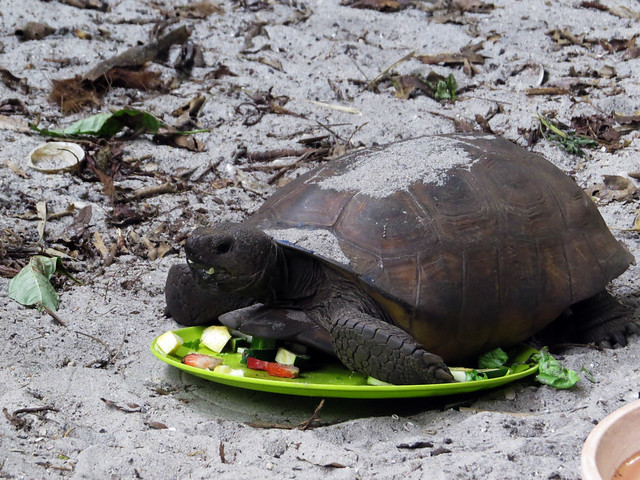 We visited the sea turtle rehab area, where we could get up close looks at some of the patients in their tanks. 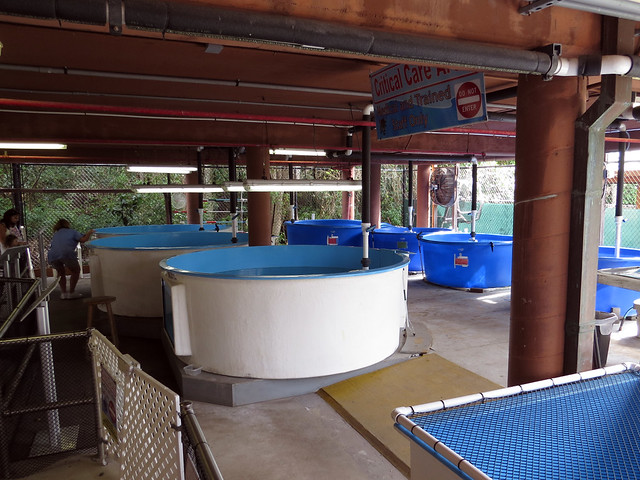 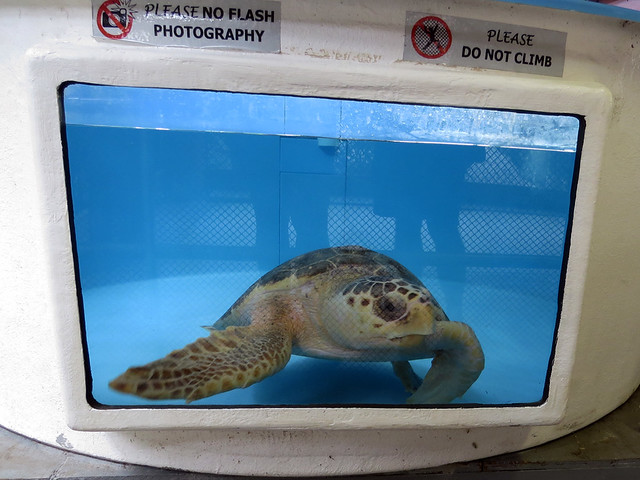 During our self-guided tour, we visited part of the research facility on the property. Sea turtle research is conducted by Florida Atlantic University and other organizations in the laboratory. The setup here was interesting. From a gallery level, we could look down at hundreds of baby sea turtles in little baskets in the facility. There’s plenty of signage explaining much of the work that was taking place. 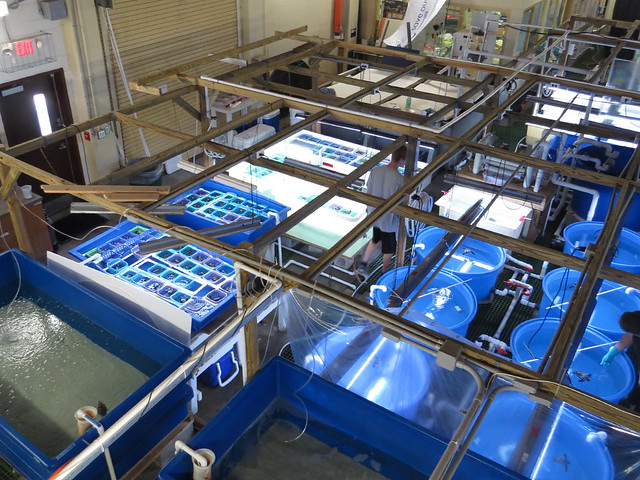 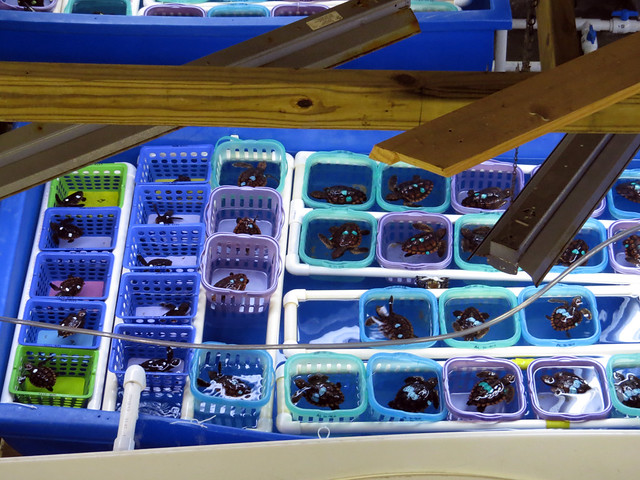 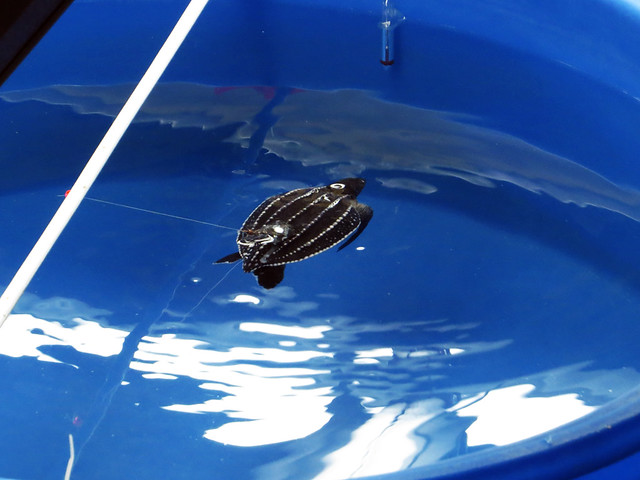 During our visit, we walked the boardwalk nature trail, complete with observation tower. There we found a locally semi-rare bird, a Scissor-tailed Flycatcher. 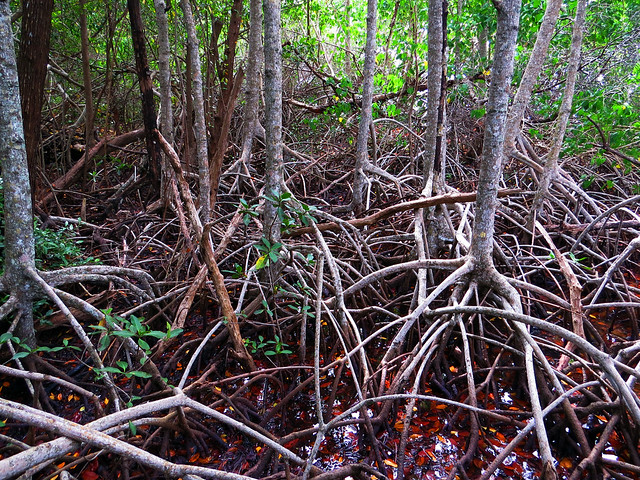 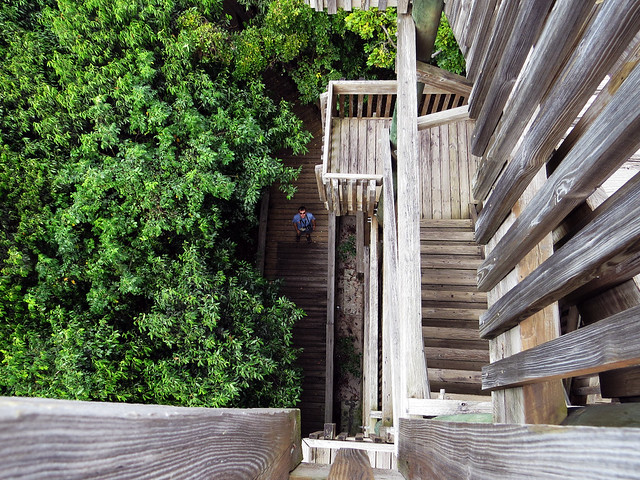 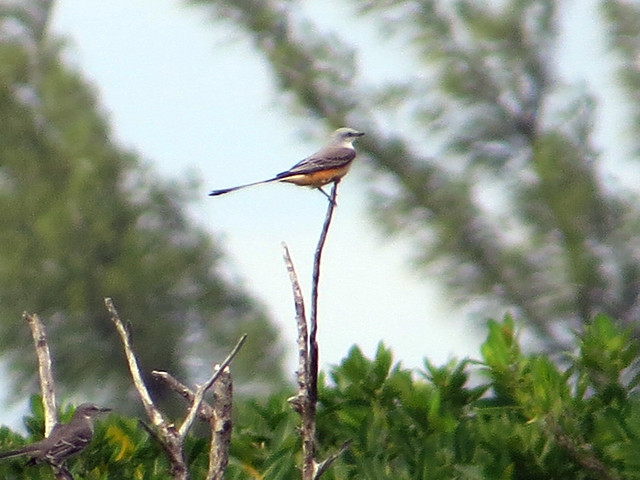 After our cruise, on our way home, we stopped first at Hobe Sound National Wildlife Refuge. We visited their new nature center. The previous nature center there was wiped out by Wilma and other hurricanes; the volunteers there were very happy to have a facility again. They had a Red-tailed Hawk and a Barred Owl in a nice unique display area. They had other permanent resident education animals, including an Eastern Spotted Skunk. We had never seen one before and we were amazed at how small it was! They are just a little bigger than a squirrel and so adorable. 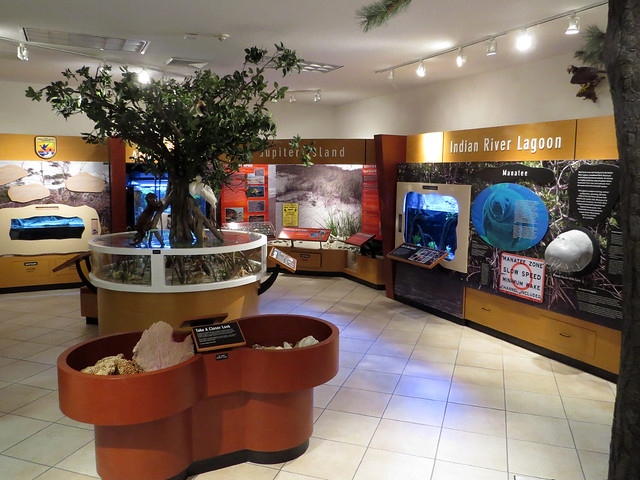 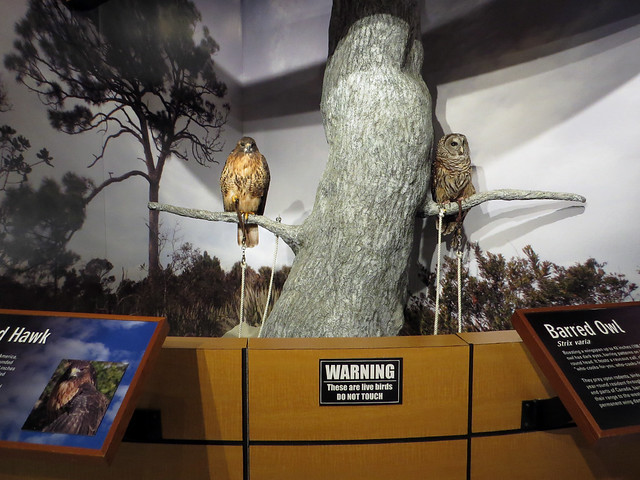 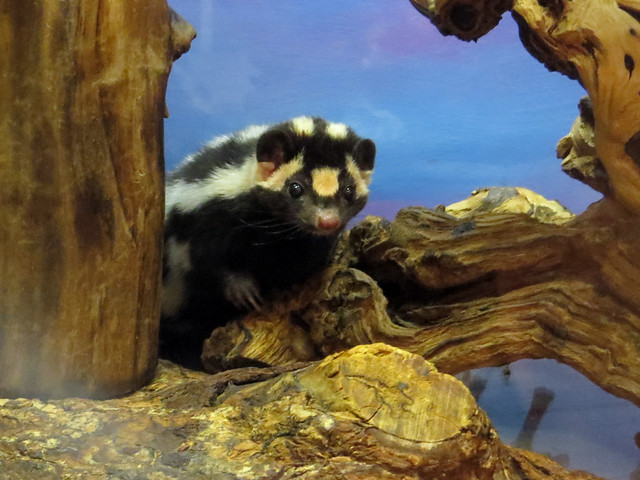 It was a lovely day so we also took a short walk at the refuge. We we had a nice view of the sound. 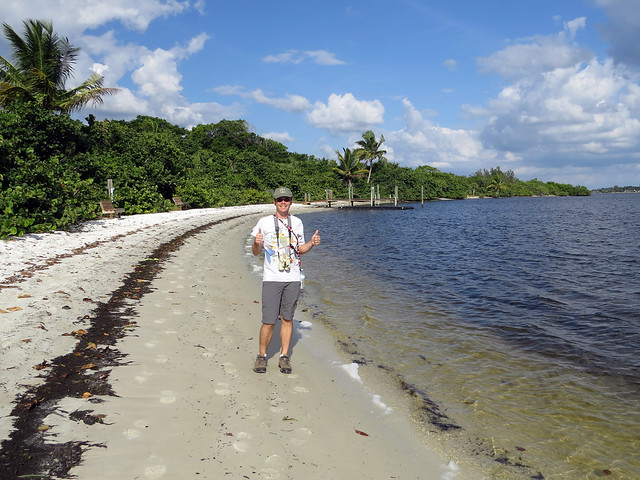 Our next stop was Loggerhead Marinelife Center, a facility that rehabilitates sea turtles. Here we saw the work they do to save injured and sick turtles. They also have a great little museum. 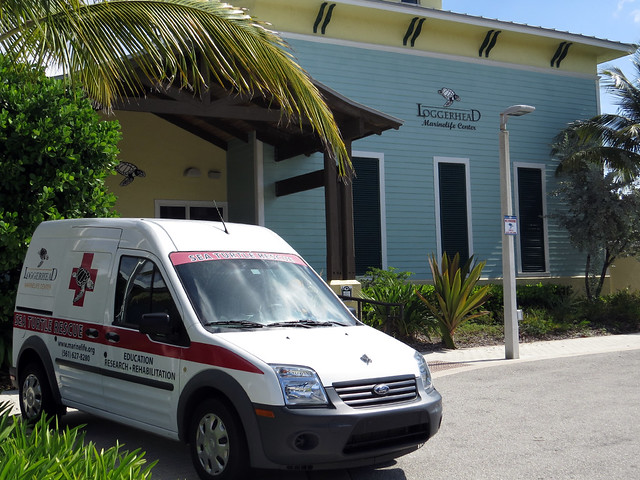 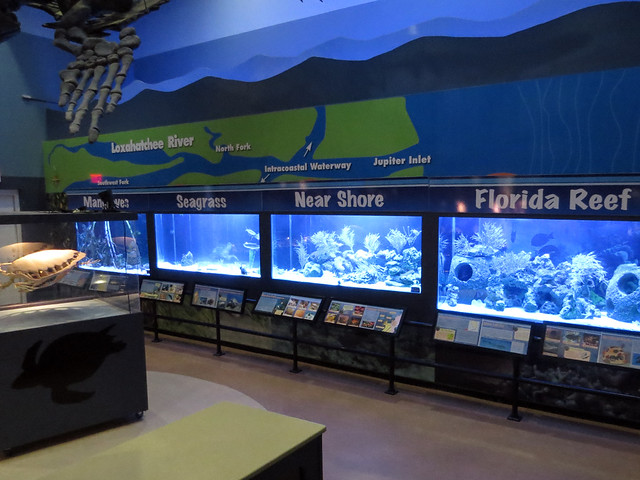 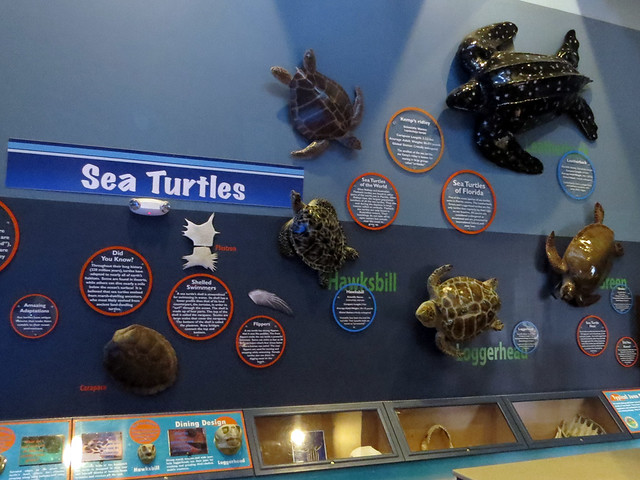 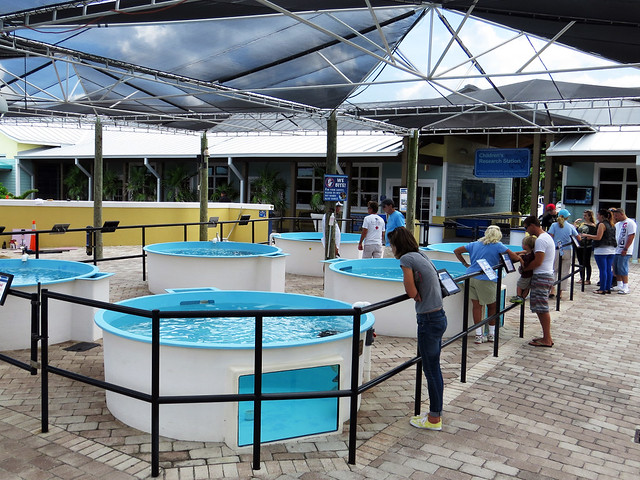 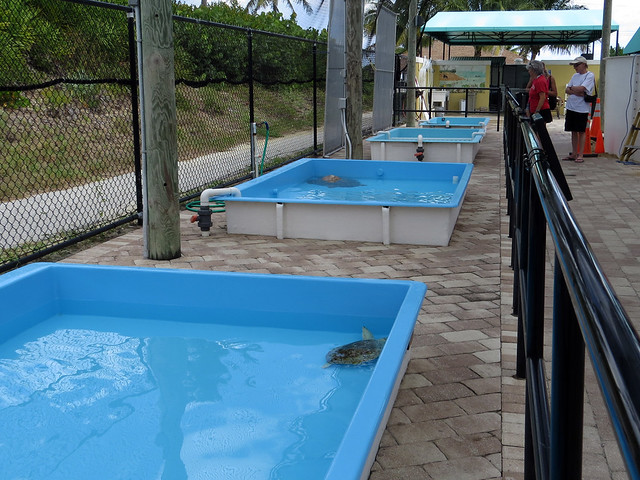 Our final stop on the way home was the wonderful Busch Wildlife Sanctuary. This is a large facility that cares for hundreds of animals of all types each year. On their property they keep many permanently injured animals in various enclosures along a self-guided boardwalk trail. We attended an educational program with some resident animals there. 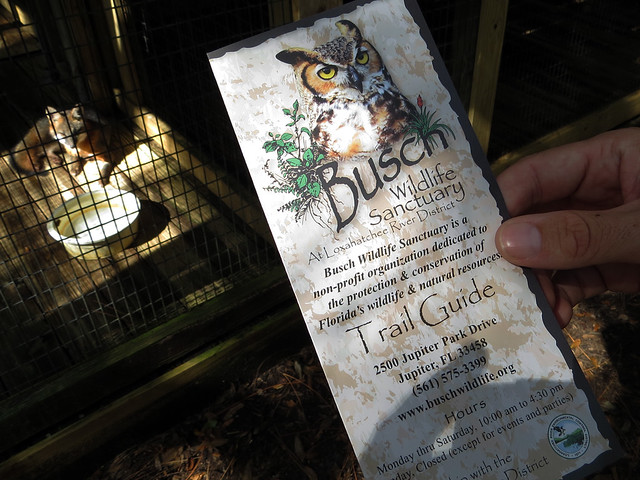 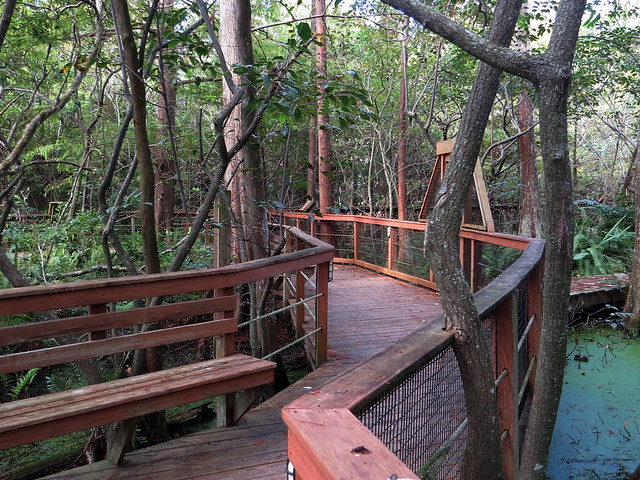 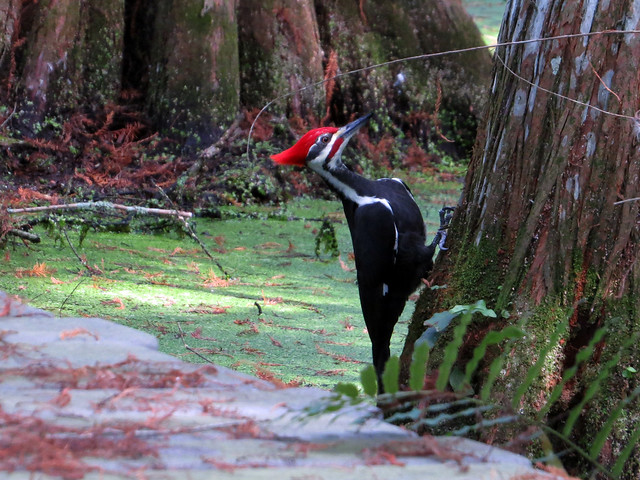 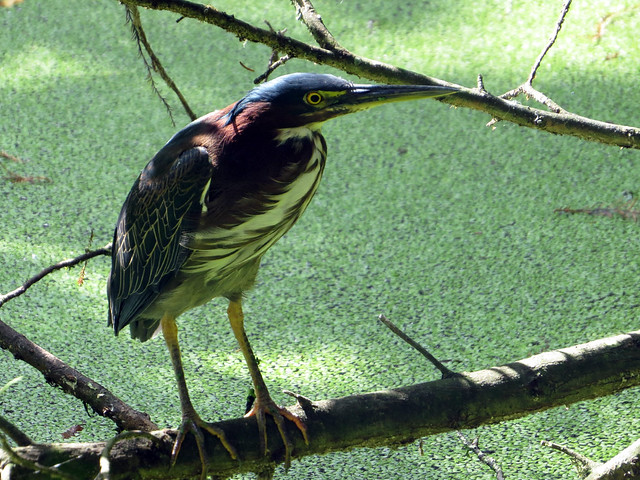 This wild Green Heron hunted nearby 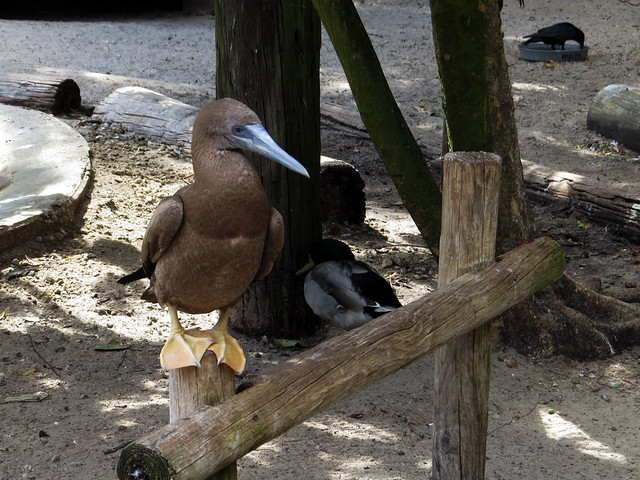 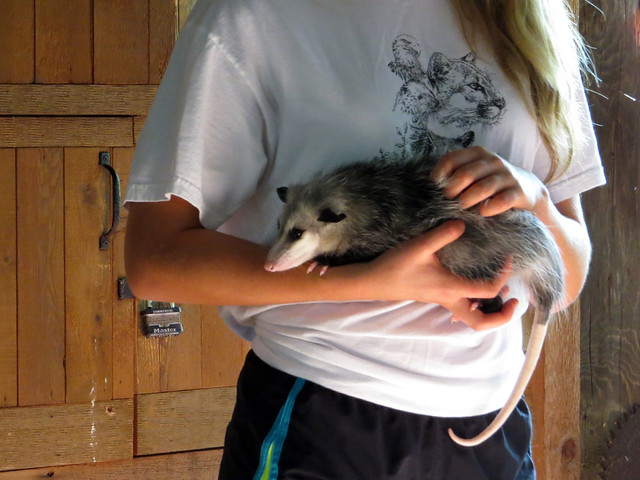 While we had been looking forward to stopping at Gumbo Limbo on the way down, we didn’t plan to visit any of the last three spots before our trip. They were all surprises — we just noticed the brown tourist signs on the highway as we headed home and decided to take a few detours. I’m glad we did. 🙂

This entry was posted in Florida, Nature Center. Bookmark the permalink.