I read an article earlier this week about the European Starling’s decline in the Netherlands. The number of starlings has been in decline there since the 1990’s. Unsurprisingly, the reason is habitat destruction. 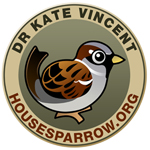 The fact is that while these birds might be in trouble in Europe, where they are native species, starlings and House Sparrows are pests here in the United States. Non-native sparrows use up nest boxes and deny native cavity-nesting birds suitable habitat. A letter in the current issue of Bird Watcher’s Digest urges anyone who does not “have the heart to remove house sparrows’ [nests …] to take down the nest box. The house sparrows will find another place to nest, and you’ll give our native cavity-nesting birds a fighting chance to compete for survival.”

I find the problems the House Sparrows are both suffering (over there) and causing (right here) interesting. Having lived on their native continent for nearly a decade and knowing they are in serious trouble there I doubt I would have the heart to remove one of their nests (it’s a good thing I don’t have any nest boxes to look after) – even though I understand the serious threat they pose to native birds here.

I wonder what the reaction would be if a declining American bird was treated as a pest in another part of the world. Earlier this year (on April 1st, actually) a joke-rumor was spread on the internet that a population of Carolina Parakeets was found living in Honduras. What if the parakeet story were true but that Honduran farmers considered the fruit-eating birds to be a pest and were destroying their nests? Okay, this is a really bad example, because the House Sparrow is not in such dire straits in Europe (at this time). It’s just something I’ve been thinking about lately – every time I hear sparrows and starlings referred to as ‘trash birds.’

The long lasting freeze that hit the Netherlands this winter was fatal for about half of country’s native Common Kingfishers. Dutch bird research group SOVON conducted the survey on the little birds that rely on unfrozen waters for survival.

The Dutch name for Kingfisher, IJsvogel, means “Ice Bird” – although these small fishing birds have no love for ice. The worst losses took place in the provinces of Limburg, Noord-Brabant and Gelderland, which suffered some of the coldest temperatures and longest freezes. In Gelderland, 39 Kingfishers were counted as late as December, but in January only 3 remained and in February only one was counted.

After such a large population decline, it will take several years for Dutch Kingfishers to rebound. After eleven years of relatively warm winters, more and more Kingfishers were remaining in the country rather than migrating south. The population of nesting Kingfishers in Holland also increased during these mild years.

The exact toll on the Dutch Kingfishers won’t be known until the fall. After the breeding season the birds will be more visible and surveys will be possible to tally their numbers.

Vogelbescherming, the Dutch partner of BirdLife International, celebrates its 110th anniversary on Friday. To celebrate, the Dutch postal service (TNT) will issue a commemorative stamp to honor Vogelbescherming. The stamp, to be issued in May, joins stamps honoring other Dutch charity anniversaries like SOS-Kinderdorpen (60 years), Cordaid (95 years), De Zonnebloem (60 years), and KWF Kankerbestrijding (also 60 years – busy Dutch people in 1949).

I couldn’t find images of the upcoming stamps, but via their website I see there have been Vogelbescherming stamps issued in the past.

This page also has a nice collection of Dutch stamps featuring birds throughout the years (with some Austrian and Belgian stamps, too). Do you or does someone you know collect bird stamps? A bird shelter in Rotterdam was extra busy last week during record cold temperatures. Birds that forage or hunt in Dutch waters were suffering as the canals, ponds and other waterways froze over for the first time in several years. The shelter, Vogelklas Karel Schot, was busy taking care of several swans and herons who were starving with no access to their normal food sources. 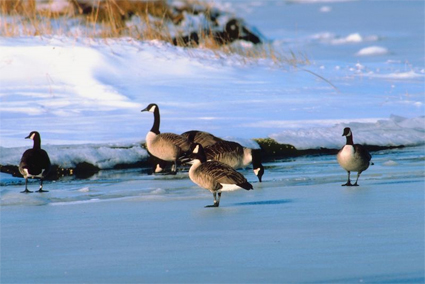 Thousands of geese also fled the cold temperatures of Holland and other western European countries last week. Witnesses in Nijmegen last week reported seeing huge numbers of geese fleeing towards the west from the extreme cold in Germany and Poland this winter. The Dutch bird research group SOVON also reported a high number Kingfisher and Bittern deaths in the Netherlands this season.

This year the city has distributed 150,000 yellow trash bags to businesses in the center of Leiden to foil the sharp beaks of the gulls.

In previous years Leiden has tried using falconers to frighten the birds out of the city and several different egg-snatching or -coating schemes, with little result. 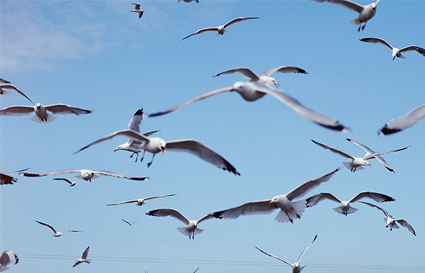 The Burgers’ Zoo in Arnhem, the Netherlands brought its group of 48 African (Jackass) Penguins indoors on Monday due to the cold. 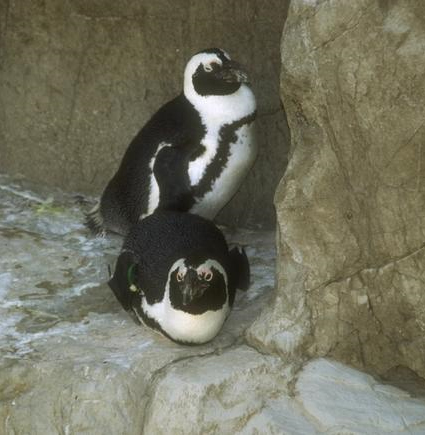 The birds are native to South Africa where they don’t experience cold temperatures as were felt in Holland this week. Temperatures reached -15°C (5° F).

Arthur posted his top five birding spots of the Netherlands on our personal blog. They are:

Those would probably be my top five as well, although I’d put Starrevaart at #1 because we went there so often and it was so close to our home (a pleasant 45 minute bike ride). This is a view over the water at Starrevaart. 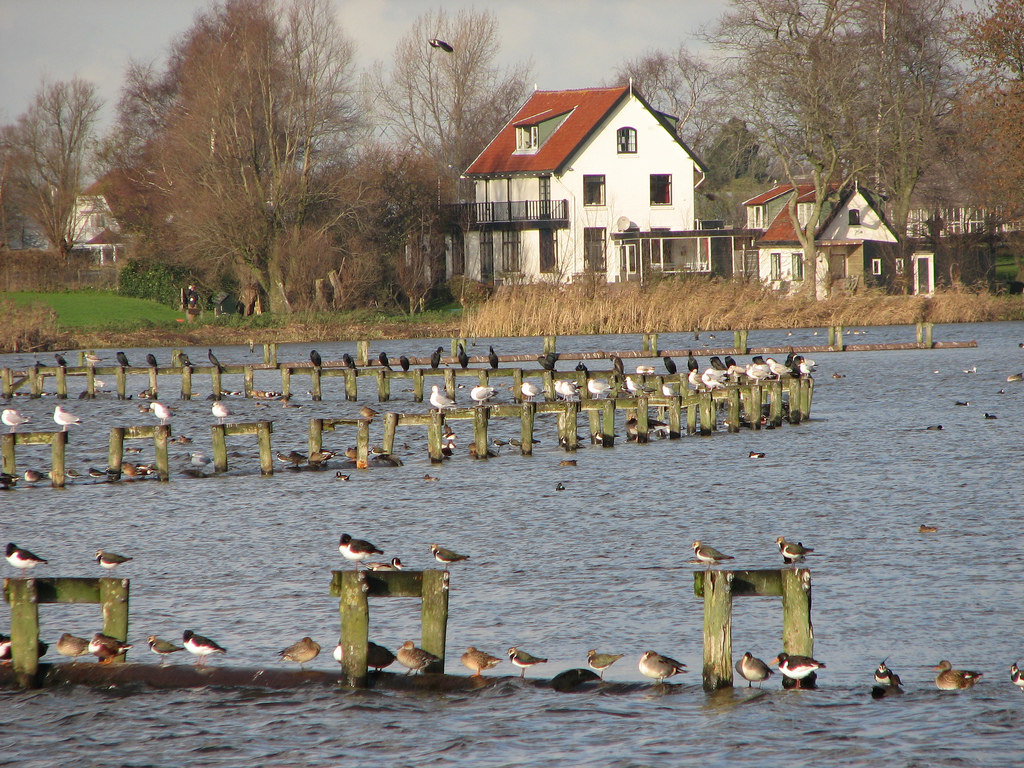